Building an Institution's Profile Among Peers, Media, and Funders

Resnicow and Associates was initially brought on to support a major expansion of the High Museum of Art and over the past two decades has become an integral partner in setting and meeting their strategic communications and reputation goals. Our charge has been to increase institutional visibility nationally and regionally by drawing attention to the Museum’s scholarship and advancement of the field in organizing seminal exhibitions, its areas of particular strength in the permanent collection, its leadership in bringing art from around the world to Atlanta, and its initiatives to make the Museum and campus more accessible to visitors from the city and region.

R+A began working with the High Museum of Art in 2000 to plan and lead an institutional communications campaign anchored by the museum’s expansion, which more than doubled the High’s size when it opened three new buildings designed by Renzo Piano in 2005. The wide-ranging, mission-focused, and high-level coverage of this monumental building project set the stage for the subsequent growth of its programming and collections and initiated long-term relationships with key media.

R+A has since supported consecutive milestones for the High, including the launch of monumental exhibitions and partnerships, as well as a leadership transition, but the core of our work has been in building relationships of lasting value for the Museum with media across a variety of sectors; educating the media on the High’s mission, leadership vision, collection strengths, and landmark initiatives; and contextualizing all exhibitions and programs within the High’s institutional mission.

R+A’s ongoing campaign takes a holistic approach to underscore how the High’s mission and vision is imbued in each of its initiatives, exhibitions, programs, and activities. During our more than two decade-long tenure, we have promoted major exhibitions and international partnerships including Van Gogh to Mondrian: Modern Art from the Kroller-Muller Museum (2004); Andrew Wyeth Memory & Magic (2005-2006); Louvre Atlanta, a three-year partnership with Musée du Louvre (2006-2008); The Gates of Paradise (2006); The First Emperor: China's Terracotta Army (2008); Radcliffe Bailey: Memory as Medicine (2012); Rising Up: Hale Woodruff’s Murals at Talladega College (2012); Civil Rights Photography 1956–1968 (2012-2014); and "Something Over Something Else”: Romare Bearden’s Profile Series (2019). We have also advanced visibility of the High’s significant collections, including major holdings of photography and folk and self-taught art, especially that of artists from the American South, as well as built the reputation of signature initiatives, from the David C. Driskell Prize to its Picturing the South photography commission series. The campaign has also encompassed institutional news, such as curatorial appointments and major gifts and acquisitions. Each announcement is coordinated closely with the High’s internal team to engage national media as well as support regional and local coverage, and ensure marketing materials, social media, website, and other communication vehicles are in sync.

In addition to regular and timely media outreach, for many years, R+A organized and managed annual press briefings for the High in New York City, presenting a state of the institution update with national media, who are largely based there. These larger events would set the tone for the year and overview major exhibitions and programs, seeding future coverage. Formal press briefings are supplemented by one-on-one media meetings with museum leadership and curators throughout the year to foster new and strengthen existing relationships. R+A has also supported thought leadership opportunities such as speaking engagements and published opinion pieces to advance High’s reputation in the larger arts and cultural field.

Under the leadership of its current director Randall Suffolk, the High is reinforcing its dedication to reflecting the diversity of its communities. R+A has leveraged the Museum’s emphasis on collaboration, inclusivity and access in framing coverage for the High’s reduced admission prices (2016), the reinstallation of its permanent collection (2018), and all its recent exhibitions and programs.

As a result of R+A’s sustained, long-term campaign and strategic media engagement, the High Museum of Art has regularly appeared in opinion-leading, national and international media outlets with mission-driven coverage highlighting not only its dynamic schedule of exhibitions but also its renowned collection, engaging community-focused initiatives, and evergreen institutional stories. High-impact placements extend beyond arts outlets to encompass a broad spectrum of print, digital, and broadcast media, including U.S.-based dailies, breaking news outlets, popular online media, special interests aligned with featured exhibitions, travel and lifestyle magazines, architecture outlets, and general interest publications. Select stories over the course of two decades have included regular exhibition reviews in the Wall Street Journal; inclusion in the New York Times special sections on Museums and Fine Arts & Exhibits; institutional stories on in NPR and Artnet; and feature stories on CBS Sunday Morning, Forbes, and a wide variety of art trades. The consistency of institutional positioning across each story accrues brand value over time—establishing the High’s reputation as the leading museum of the Southeast, growing awareness of its current advancements at the forefront of accessibility and engagement, and building the recognition of its director and curators as leaders and innovators in the field. 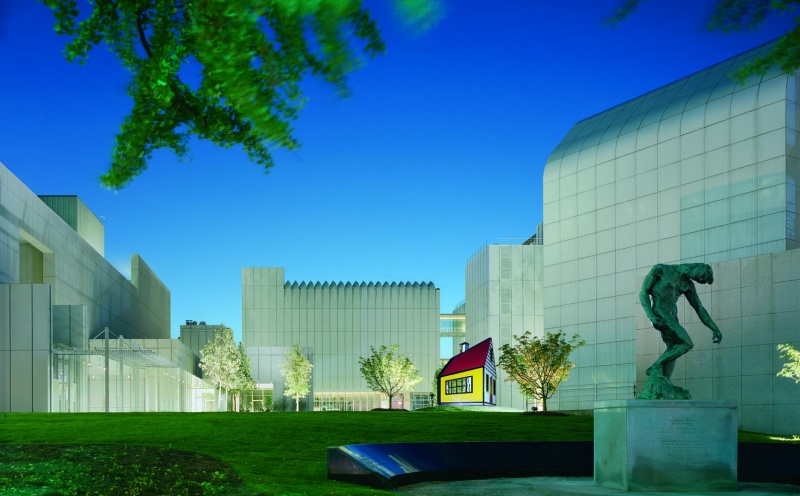