Executive counsel and strategic planning to launch a national media campaign to promote awareness of Stanford's strengths in the humanities and renewed investment in the arts.

In 2011, R+A designed and implemented a strategic communications plan with Stanford University to raise the profile of the arts and humanities on campus and among the academic and arts communities, alumni, prospective students, and funders. Through interviews with University and board leadership and appraisal and analysis of the University’s reputation and goals, we found that Stanford was most recognized for its innovation in business and technology, though it had strong programs in the humanities. R+A developed a campaign to raise awareness of these strengths, as well as the University’s renewed investment in the arts through the more recently launched Stanford Arts Initiative. Our work embraced the entire university ecology, including Stanford’s website, recruitment materials and activities, student orientation, faculty relations, university communications, donor engagement, national and international communications, and marketing materials.

As part of the implementation of the plan, R+A provided initial counsel on the announcement of Burt and Deedee McMurtry’s $30M gift to build a new home for the University’s Department of Art & Art History. R+A worked with Stanford on the development and implementation of a national and international communications campaign to promote the Anderson family’s significant gift of Post-War American Art, which became the Anderson Collection at Stanford University, designed by Ennead Architects. R+A leveraged the momentum of the September 2014 opening to increase visibility for Stanford's art initiatives and built on this through promotion of the opening of the McMurtry Building for the Department of Art & Art History, designed by Diller Scofidio + Renfro in October 2015. Our campaign included:

R+A's campaign increased public and media awareness of Stanford’s arts initiatives, from the University’s investment in new, state-of-the-art visual and performing arts facilities to its integration of the arts into the undergraduate curriculum. We also built relationships of ongoing value for Stanford arts leadership with priority arts media to cultivate interest in Stanford’s current and future initiatives. R+A secured high-impact coverage in outlets such as The New York Times, The Wall Street Journal, Los Angeles Times, W Magazine, Art + Auction, and Apollo that raised visibility for the University’s arts programs. 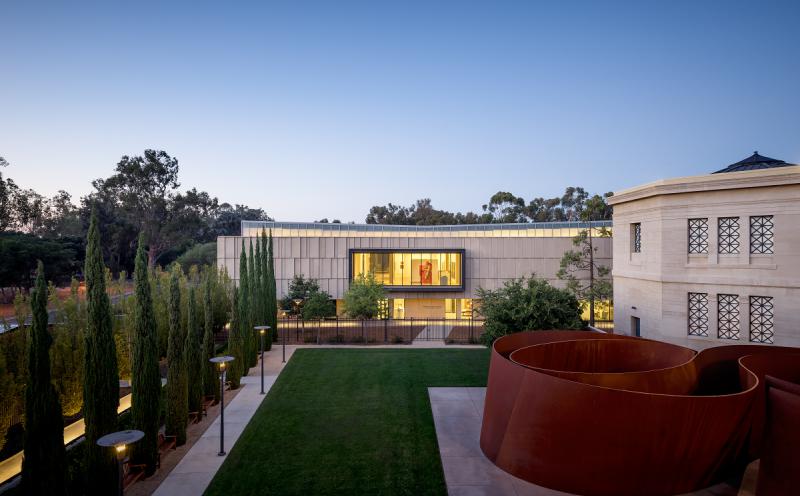