International communications and media relations campaign to build increased appreciation of the work of Moshe Safdie during milestone year, which included the opening of five major projects across the U.S., in Singapore, and India.

In early 2010, R+A began working with Safdie Architects to shape and mount an institutional communications campaign for the firm as it approached the opening of five major international projects over the course of 2011, as well as the premiere of Safdie’s retrospective exhibition, Global Citizen, at the National Gallery of Canada, Ottawa in late 2010.

A renowned architect, urban planner, and theorist, Moshe Safdie was still best-known in 2010 for his first project, the pioneering housing complex Habitat ’67 in Montreal.  With the approaching opening of five new projects – including an urban district in Singapore; a civic institution on Washington D.C.’s National Mall; an art museum in Bentonville, AR; a heritage center in India; and a performing art center in Kansas City, MO – there was a critical need and opportunity to educate international media, architectural stakeholders, and the general public about Safdie’s distinct design philosophy and the programmatic and geographic range and impact of his global architectural practice.

Our work together began with a comprehensive communications audit, during which R+A conducted an analysis of current perceptions and media awareness of the firm. This took place in tandem with a messaging development phase, when we worked with Safdie and his team to shape key messages for the campaign that articulated their distinct architecture and urban design philosophy. R+A also strove to demonstrate their unique position in the field as a firm whose designs respond to and advance each client's discrete goals and mission.

A key component of the campaign was the institutional press briefing and luncheon mounted by R+A in New York in November 2010.  Drawing a diverse press audience from outlets such as CBS “Sunday Morning”, The New York Times, Newsweek, and Architectural Record, among many others, the event created a platform for Safdie to present his firm’s major projects as they approached completion and to articulate his personal design philosophy and its evolution throughout his career.  Introducing firm leadership with top editors and writers at a range of national and international outlets, the briefing laid critical groundwork for major coverage of Safdie Architects over the course of the next several years and has forged lasting and productive media relationships.

Building off of the institutional press luncheon, R+A executed discrete media campaigns around each of the project’s important milestones and public openings, through collaborations with each client team and targeted press announcements and trips.  The firm’s key institutional messaging was carefully integrated throughout each project’s campaign to ensure a powerful consistency of voice and to accrue important value back to Safdie and the firm as a whole.

R+A’s campaign generated extensive print, online, and broadcast media coverage across the U.S. and internationally for Safdie Architects and its major projects across 2011.  The coverage positioned Moshe Safdie as a continual pioneer in the field of architecture and design. The attention on such a diverse array of projects highlighted Safdie’s distinct ability to create buildings that are inventive evolutions of their typology and also vital extensions of their unique physical, historical, and cultural environments.

A selection of notable stories includes a New York Times Arts Feature on Crystal Bridges Museum of American Art; a 10-page feature and photo-essay on Marina Bay Sands in ARCHITECT; a CBS “Sunday Morning” profile of Moshe Safdie; two New Yorker stories – the first on Alice Walton, Moshe Safdie and the creation of Crystal Bridges and the second on the opening of the Kauffman Center for the Performing Arts; a Vanity Fair profile of Moshe Safdie; and a PBS “Newshour” story with Jeffrey Brown speaking with Moshe Safdie about the Kauffman Center for the Performing Arts. 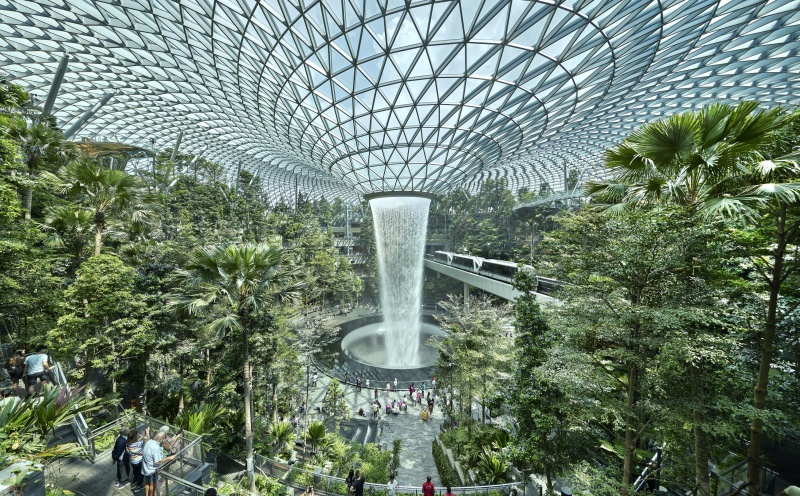