In late 2013, R+A began working with the FOR-SITE Foundation and its partners, the National Park Service and the Golden Gate National Parks Conservancy, on the international communications campaign for the landmark exhibition @Large: Ai Weiwei on Alcatraz.

The campaign was launched with an exclusive exhibition announcement feature story in The New York Times in November 2013, along with broad international pickup. Over the following 10 months leading up to the opening of @Large in September 2014, R+A worked with the FOR-SITE team, its collaborators at the National Park Service and the Golden Gate National Parks Conservancy, and Ai Weiwei and his team based in Beijing, to selectively place major coverage of the exhibition across a range of international outlets from The New York Times and Smithsonian to Departures and W Magazine.

Managing the large influx of interest in the project, our targeted, strategic approach balanced the need to keep integral project details private until the public opening, while still building extensive awareness and public attention for the exhibition; the artist; and for the FOR-SITE Foundation, its collaborators, and their shared mission for creating place-based artworks that illuminate the natural and historical landscapes of America’s national parks in innovative and unexpected ways.

Given the powerful themes presented by the installations, the layered history of Alcatraz Island, and the sensitive political and social situations facing Ai Weiwei at the time, an integral component of our campaign was the development of clear and thoughtful messaging that addressed the diverse questions from the media and the public about the development, content, and meaning of the exhibition.

In advance of the exhibition’s public opening, R+A organized an international press trip to San Francisco, to provide journalists with the opportunity to preview the exhibition and hear directly from Cheryl Haines and the project’s leadership.  Beyond @Large, R+A arranged for journalists to have special access to a range of Bay Area arts and cultural highlights, including the newly opened Anderson Collection at Stanford University, the Headlands Center for the Arts, the under-construction SFMOMA designed by Snøhetta, as well as additional projects commissioned by FOR-SITE and installed across the Presidio of San Francisco.

Our campaign extended through the seven-month run of the exhibition to facilitate ongoing media interest and engagement with the project, to develop press announcements and special access around exhibition milestones, and draw public attention to the social impact and critical dialogue triggered through Ai Weiwei’s installations.

R+A’s campaign generated extensive print, online, and broadcast media coverage across the United States and internationally in advance of and throughout the run of the exhibition. From December 2013 – April 2015, there were nearly 250 media stories, including coverage in major international and national dailies such as The New York Times and International New York Times, Wall Street Journal, The Guardian, Los Angeles Times, and San Francisco Chronicle; major broadcast outlets, including PBS, NPR, CNN, Al Jazeera, Fusion, Ovation, Voice of America, KQED, and local affiliates for ABC, CBS, NBC, and Fox News; glossies such as Vanity Fair, Vogue, W Magazine, T Magazine, and British GQ; and arts, culture, and general interest publications, including Artforum, Art in America, The Art Newspaper, ARTnews, Art + Auction, Smithsonian, TIME Magazine, Daily Beast, and Huffington Post, among many others.

Our work raised the profile of the FOR-SITE Foundation and its Founding Executive Director Cheryl Haines as leaders in the field of presenting major site-specific artworks in the public realm and as pioneers in the power and impact of art as a means of igniting critical public dialogue about pressing issues of our time. 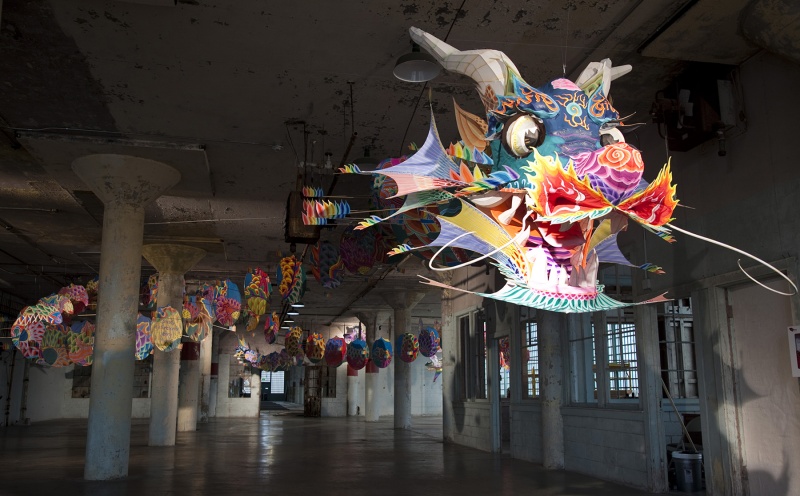