Organized by Curators Paul Andersen and Paul Preissner, AMERICAN FRAMING Will Feature a Monumental Site-Specific Installation on the Façade of the Pavilion. U.S. Pavilion Commissioned by the University of Illinois Chicago

The University of Illinois Chicago (UIC), in cooperation with the U.S. Department of State’s Bureau of Educational and Cultural Affairs, will present AMERICAN FRAMING, an exhibition exploring the ubiquity and aesthetic power of wood-framed construction in American architecture, representing the United States at the 17th International Architecture Exhibition of La Biennale di Venezia. Paul Andersen and Paul Preissner (Commissioner), the curators, are faculty members of UIC’s School of Architecture and frequent collaborators who also lead respective independent firms. The exhibition will be on view May 22 through November 21, 2021.

AMERICAN FRAMING will present the architecture of wood framing, the most common construction system in the U.S. and one of the country’s most important contributions to building practice. Featuring a monumental installation that will activate the entrance to the neoclassical U.S. Pavilion and newly commissioned photographs, models, and site-responsive furniture, the exhibition will bring attention to an architectural element that has been mostly overlooked by historical and contemporary discourse.

“We want to work with a particularly American theme and open up new possibilities for design. The exhibition will look back at the history of wood framing and speculate on how buildings might be different if we restrain or exaggerate the system itself,” said Paul Andersen, U.S. Pavilion Co-Curator. “We are incredibly honored to represent our country at the Biennale Architettura. As practicing architects and educators, we often explore how ordinary architecture might be a platform for new ideas and discourse.”

“By committing the entire exhibition to wood framing—the great forgotten basis of American architecture—our presentation at this year’s Biennale will elevate an often dismissed or ignored form of construction,” said Paul Preissner, U.S. Pavilion Co-Curator and Commissioner. “As Paul and I were both part of the 2000 U.S. Pavilion as students at our respective universities, we are happy to be able to share this same opportunity with current UIC students and proud to show their work to the world.”

The full-scale works outside the Pavilion will provide visitors with a firsthand experience of wood framing. Visitors will enter the U.S. Pavilion through an installation designed by the curators. It will be accompanied by furniture designed by UIC students in collaboration with UIC School of Architecture faculty, including Clinical Assistant Professor Ania Jaworska, Assistant Professor Thomas Kelley, co-founder of Norman Kelley, and his design partner Carrie Norman. Inside, AMERICAN FRAMING will present the people, work, and history of wood framing. Photographer and UIC alumnus Daniel Shea has been commissioned to develop a series of photographs that document fir and pine forests where the trees used for lumber grow. Chris Strong will create a photographic series focused on framing materials and people who work around mills, shops, and construction sites. Students at UIC will present a selection of building models that trace the history of wood framing from its early development through various social and cultural moments in the 20th century.

“Collaborating with Paul Andersen and Paul Preissner to bring the 2021 U.S. Pavilion to life is an unparalleled opportunity to not only showcase the breadth and depth of our faculty and alumni talent, but also to provide our students with hands-on experience through their contributions to the fabrication of models and furniture design,” said Rebecca Rugg, Dean of the College of Architecture, Design, and the Arts at the University of Illinois Chicago.

Director of the UIC School of Architecture Robert Somol said, "As in other work conducted in the School, the UIC proposal for the U.S. Pavilion intensifies and deviates a standard element or system as a means to remake the world in a surprising yet plausible way."

AMERICAN FRAMING is made possible by The Bureau of Educational and Cultural Affairs of the U.S. Department of State, the National Endowment for the Arts, and the University of Illinois Chicago. Support is provided by Alphawood Foundation, HDR, Glen-Gery Corporation/Brickworks, the Graham Foundation for Advanced Studies in the Fine Arts, the Thornton Tomasetti Foundation, Joseph and Mary Burns, and Brooklyn PrintWorks. Architectural Record is the media sponsor for the U.S. Pavilion.

For more information about the 2021 U.S. Pavilion, please visit: http://americanframing.org/

Press may apply for accreditation through La Biennale di Venezia at this link by May 8, 2021.

Paul Andersen is the director of Independent Architecture, a Denver based office with projects that speculate on the roles that form, repetition, and pop culture play in architecture. He shapes the office’s agenda and practice, conducting design projects in professional and academic contexts. His projects have won a number of competitions and awards, including several AIA Awards and a Progressive Architecture (P/A) Award. Andersen has been a guest curator at the Museum of Contemporary Art Denver and the Biennial of the Americas, and was appointed a Fulbright Specialist in Architecture. He is the author of several books, including The Architecture of Patterns and The Monuments Power the Cars, along with articles and essays on design.

Paul Preissner is the founding principal of Paul Preissner Architects, which is located in Chicago. His work has been exhibited in the United States and abroad, including the Museum of Contemporary Art in Chicago, the Chicago Architecture Biennial, the Buenos Aires International Biennale of Architecture, and the Rotterdam Biennale, and is a part of the permanent collection of the Art Institute of Chicago. His project for Ring of Hope in Chicago received a 2019 Progressive Architecture (P/A) Award. The first book on his work, Kind of Boring, was published by ACTAR in November 2020. He has also contributed essays about architecture to various publications, including Volume, CLOG, PLOT, and Newcity Magazine.

ABOUT THE ORGANIZING INSTITUTION

Located in the heart of one of the world’s great cities, the University of Illinois Chicago is a vital part of the educational, technological, and cultural fabric of the region. As Chicago’s only public research university with 33,000 students, 12,000 faculty and staff, and 16 academic colleges, including the nation’s largest medical school, UIC provides access to excellence and opportunity to students from a wide socio-economic population.

The University of Illinois Chicago traces its origins to several private health colleges that were founded in Chicago during the 19th century. Following World War II, the University of Illinois increased its presence in Chicago by creating a temporary, two-year branch campus on Navy Pier. The Chicago Undergraduate Division primarily accommodated student veterans on the G.I. Bill. In the 20th century, new campuses were built in Chicago and later joined together to form a comprehensive learning community. Befitting the location of the campus at a crossroads of immigration, many students were first in their families to attend college – as are many of UIC’s students today. In the last three decades, UIC has transformed itself into one of the top 65 research universities in the United States.

The University of Illinois Chicago (UIC) School of Architecture is currently housed within the College of Architecture, Design, and the Arts (CADA), a unique group of schools and affiliated units dedicated to the investigation, creation, and interpretation of our physical, social, and sensory environments. With degree programs in the visual arts, design, theatre and music, architecture, and art history, CADA is the only place in Chicago where one can prepare for a career in the arts and design within a major research university. In addition to the School of Architecture, CADA comprises the School of Art and Art History, the School of Design, and the School of Theatre and Music, as well as the Jane Addams Hull-House Museum, a National Historic Landmark and museum committed to social justice, and Gallery 400, a dynamic, cutting edge contemporary art gallery.

ABOUT THE U.S. PAVILION

The United States Pavilion at the Giardini della Biennale, a building in the neoclassical style, opened on May 4, 1930. Since 1986, The U.S. Pavilion has been owned by the Solomon R. Guggenheim Foundation and managed by the Peggy Guggenheim Collection in Venice, which works closely with the Department of State and exhibition curators to install and maintain all official U.S. exhibitions presented in the Pavilion. Every two years, museum curators from across the U.S. detail their visions for the U.S. Pavilion in proposals that are reviewed by the National Endowment for the Arts Federal Advisory Committee on International Exhibitions (FACIE), a group comprising curators, museum directors, and artists who then submit their recommendations to the U.S. Department of State's Bureau of Educational and Cultural Affairs. Past exhibitions can be viewed on the Peggy Guggenheim Collection website at: https://www.guggenheim-venice.it/en/art/us-pavilion/

ABOUT THE U.S. DEPARTMENT OF STATE'S BUREAU OF EDUCATIONAL AND CULTURAL AFFAIRS

The Bureau of Educational and Cultural Affairs supports and manages official U.S. participation at the International Architecture Exhibitions of La Biennale di Venezia. The selection of AMERICAN FRAMING for the United States Pavilion at the Biennale Architettura 2021 resulted from an open competition in cooperation with the National Endowment for the Arts.

The U.S. Department of State’s Bureau of Educational and Cultural Affairs (ECA) builds relations between the people of the United States and the people of other countries through academic, cultural, sports, professional, and private exchanges, as well as public-private partnerships and mentoring programs. These exchange programs improve foreign relations and strengthen the national security of the United States, support U.S. international leadership, and provide a broad range of domestic benefits by helping break down barriers that often divide us, like religion, politics, language and ethnicity, and geography. ECA programs build connections that engage and empower people and motivate them to become leaders and thinkers, to develop new skills, and to find connections that will create positive change in their communities. For more information, please visit https://exchanges.state.gov/us 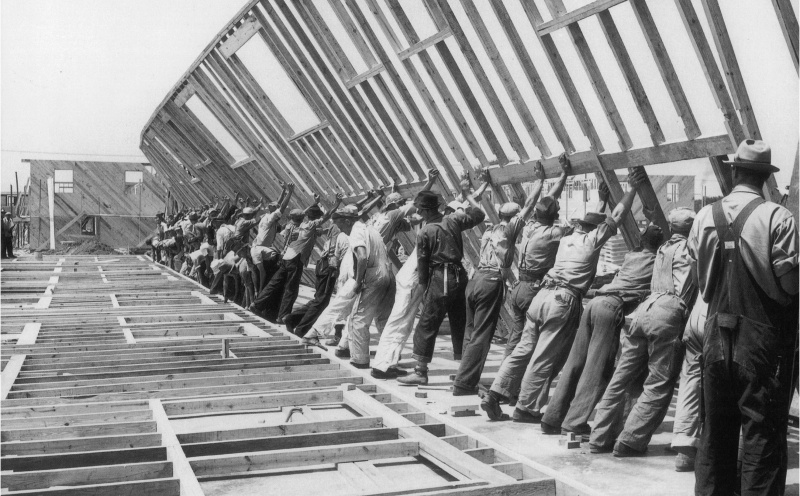 Other news about 2021 U.S. Pavilion - University of Illinois Chicago