The Dallas Museum of Art (DMA) today announced that Dr. Agustín Arteaga has been appointed as its Eugene McDermott Director. Arteaga currently serves as the director of the Museo Nacional de Arte (MUNAL) in Mexico City, one of Mexico’s largest and most prominent cultural institutions, presenting work from the mid-16th through the mid-20th centuries. Prior to his tenure at MUNAL, Arteaga was the director of the Museo de Arte de Ponce (MAP) in Puerto Rico, and the founding director of the contemporary art museum Museo de Arte Latinoamericano de Buenos Aires (MALBA) Fundación Costantini in Argentina. Arteaga will assume his new role at the DMA on September 1, 2016.

“Agustín is a forward-thinking and strategic director with an excellent track record of leading museums on a global level and attracting new audiences and support through innovative, collection-based programs,” said Catherine Marcus Rose, President of the Board of Trustees. “He brings an international perspective to the DMA, having spearheaded partnerships with major institutions around the world throughout his 30-year career. His managerial acumen, curatorial expertise, and vision will be instrumental in enhancing the DMA’s international reputation and in strengthening our engagement with the ever-changing local and regional communities that we serve.”

“I am honored to have been selected to serve as the next Eugene McDermott Director of the Dallas Museum of Art,” said Arteaga. “The DMA is a leader in the museum field for the ways it has galvanized community engagement in the arts. I look forward to working with the Museum’s Board of Trustees, who recognize the critical role that the DMA plays locally, nationally, and internationally, and with the Museum’s dedicated staff and patrons to continue the legacy of my predecessors.”

As Director and Chief Executive Officer at MUNAL since 2013, Arteaga has enhanced its exhibition program through key international partnerships, dramatically grown its annual attendance, established new streams of institutional support, and expanded the museum’s collection of over 7,000 works with more than 35 strategic gifts and acquisitions—including major works by Diego Rivera, Francisco Zúñiga, Gabriel Orozco, and Abraham Cruzvillegas. Arteaga led the museum through a five-year strategic planning process that focused on developing new audiences, implementing new technologies, and ensuring financial stability for the institution. Under his leadership, MUNAL has established individual and corporate sponsorships, which are unprecedented in Mexico. MUNAL also saw an increase in attendance of 30 percent during his tenure through the presentation of increasingly innovative exhibitions and programs that highlighted the museum’s outstanding collections in new ways.

Arteaga has organized more than 100 exhibitions over the course of his career, including major monographic presentations of Andy Warhol, Roy Lichtenstein, and Diego Rivera; survey exhibitions of French Impressionism and Old Master works; and thematic exhibitions that have stretched across centuries and cultures. At MUNAL, he oversaw the development of a five-year exhibition program, including the organization of an ambitious series of major international exhibitions, among them: Landscapes of the Mind: British Landscapes from the Tate Collection (2015); The Male Nude: Dimensions of Masculinity from 19th Century and Beyond (2014); and Yo, el Rey: La Monarquía Hispánica en el arte (2015), which involved over 200 loans from 40 institutions, including the Prado, the Metropolitan Museum of Art, and The Royal House in Spain, and which set recent attendance records for MUNAL. He also was instrumental in helping MUNAL forge partnerships with international peers such as the Grand Palais, Los Angeles County Museum of Art (LACMA), the Metropolitan Museum of Art, Musée d’Orsay, Musée des Beaux-Arts de Lyon, the Tate, and the Whitney Museum of Art, in support of its exhibition program.

Prior to his role at MUNAL, Arteaga served for nine years as the Executive Director and CEO of Museo de Arte de Ponce (MAP) in Puerto Rico, which is noted for its extraordinary collection of nearly 4,600 Old Masterworks spanning the 14th century to the late 19th century. Arteaga spearheaded the museum’s transformation into a globally significant institution—leading the construction of a new 45,000-square-foot building and the renovation of MAP’s original 1964 Edward Durrell Stone building into a modern, state-of-the-art facility in 2010. During his tenure he secured major donations of works of art, among them Roy Lichtenstein’s Brushstroke in Flight, a 29-foot-high sculpture from The Roy Lichtenstein Foundation.

From 2000 through 2002, Arteaga was the Founding Director of the Museo de Arte Latinoamericano de Buenos Aires (MALBA) Fundación Costantini in Argentina, which today is an internationally recognized contemporary art museum focused on Latin American and contemporary art in the Americas. At MALBA, he set the institution’s mission and vision; oversaw the design and construction of the museum’s $30-million building; and organized and curated its inaugural exhibition Encounters: Art in Latin America, as well as major traveling exhibitions on Guillermo Kuitca and Lasar Segall, presented at Museo Reina Sofía, Madrid, and Museo de Arte Moderno, Mexico City, respectively.

He additionally served for five years as Director and Chief Curator of Museo del Palacio de Bellas Artes (MPBA) in Mexico City from 1994 through 1999, where he increased annual attendance from 240,000 visitors to more than one million. From 1994 to 1998, he concurrently served as the National Director of Visual Arts at Instituto Nacional de Bellas Artes (INBA), where he supervised a network of over 20 museums across Mexico, providing strategic leadership and professional development.

“We were fortunate to have found in Agustín a leader who exceeded our expectations in terms of the lasting impact he has made on the many institutions he has served,” said Jeremy Halbreich, Chair of the Director Search Committee. “We look forward to welcoming him to Dallas and to working together to make the DMA an even more inclusive and dynamic cultural space.” Added Melissa Foster Fetter, Chairman of the DMA’s Board of Trustees, “We would like to extend our gratitude to our Interim Director Walter Elcock for his steadfast guidance of the Museum and for working tirelessly with our senior staff and board during this period of transition as we searched for our next director.” Elcock, who had previously served as the DMA’s President of the Board, was appointed as Interim Director in September 2015 and will rejoin the Board of Trustees in September 2016.

In addition to his directorships in Mexico, Puerto Rico and Argentina, Arteaga was a guest curator for two years at the Galerie Nationale du Jeu de Paume, one of France’s most renowned contemporary art institutions in Paris. From 1991 to 1994, he served as Deputy Director and Curator of Museo de Arte Moderno (MAM) in Mexico City.

Arteaga was decorated as a Chevalier in the French Republic’s Order of Arts and Letters in 1998, and he received the Ohtli Award from the government of Mexico in 2013, which is the highest honor bestowed to Mexican citizens for support of Mexican culture abroad. He attended The Getty Leadership Institute’s Museum Leadership Institute in 2007 and, as a member of the Association of Art Museum Directors (1999 – present), has spearheaded the admission of Mexican museums to the organization. Born in Mexico City, Arteaga received an M.A. (1999) and Ph.D. (2006) from Universidad Nacional Autonoma de Mexico (UNAM), and a B.S. in architecture (1980) from Universidad Autonoma Metropolitana, both in Mexico City, Mexico. He will be moving to Dallas in September with his husband Carlos Gonzalez-Jaime. 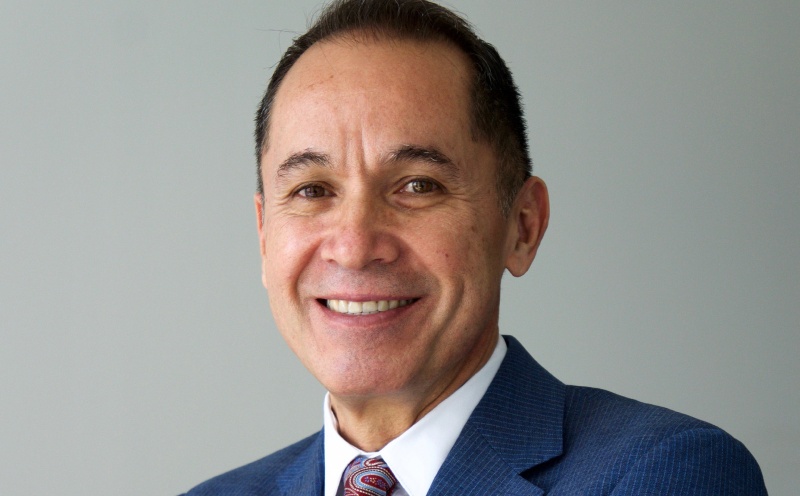