The Children’s Museum of Manhattan (CMOM) announced today the appointment of Aileen Hefferren as its new Chief Executive Officer and Director. Currently the Chief Executive of Prep for Prep, a nonprofit organization dedicated to supporting the academic, personal, and professional advancement of underserved New York City students, Hefferren has committed her career to creating equity and access in education across racial, cultural, and socioeconomic divides. A passionate advocate for the city’s children, she brings nearly three decades of experience engaging youth and their families with educational opportunities and resources to support their ongoing development. Hefferren will assume her new role at CMOM on September 15, 2020.

Since its founding in 1973, the Children’s Museum of Manhattan has been a steward of early childhood development, helping the city’s youngest citizens grow into life-long learners. The Museum’s research-based program creates immersive and inspiring opportunities for children to engage the arts, world cultures, health and safety, the environment, and civic life. In a city where 30% of children live at or below the poverty line, CMOM works with partners from throughout the city to provide accessible learning activities for underserved populations. Over the past few months, CMOM has dramatically expanded its series of remotely accessible educational activities and resources for children and parents alike, providing critical support and enhanced opportunities to learn, connect, and thrive in this new environment.

Hefferren joins the Museum at a pivotal moment, as it prepares for the creation of a new, expanded home. After 40 years in its original location, CMOM’s move to 361 Central Park West enables the institution to meet the increased demands for its programming and services, while reimagining the role of a children’s museum. Working alongside CMOM’s Board and its executive leadership team, Hefferren will lead the Museum through this transformational period and solidify CMOM’s role as an international leader in immersive and imaginative experiential learning.

“Aileen is an inspirational leader who has spent her career as a champion for New York City’s youth. Her experience and achievements align perfectly with the our own vision and values as an organization,” said Matthew Messinger, Co-Chair of CMOM’s Board of Directors. Added Board Co-Chair Shannon Bauer Aronson, “Throughout our history, we have been committed to curating formative experiences for all children that educate as they inspire. Under Aileen’s leadership, CMOM will be able to extend the reach and impact of its program in new and meaningful ways.”

“The Children’s Museum of Manhattan is a vital educational resource and community hub, with a holistic mission that cultivates inquiry and imagination in our youngest learners and offers critical support for their families,” said Hefferren. “I’ve spent 25 years of my career helping students achieve success. In collaboration with CMOM’s dedicated board and staff, I am looking forward to extending my work to the early childhood years, which are critically important to the success of our next generation.”

Hefferren has served as the Chief Executive of Prep for Prep since 2002, having previously held positions as its Director of Development and Director of Operations. During her 25 years at Prep for Prep, she dramatically expanded the organization’s reach and bolstered its reputation as a leader in the field supporting the academic, personal, and professional growth of students of color. Hefferren built and strengthened partnerships with 70 independent schools throughout New York City, leveraged $35 million annually in financial aid to support its students, and helped expand Prep for Prep’s engagement with its 700 middle and high school students, 600 undergraduates, and growing population of over 3,000 college graduates. Hefferren also oversaw development of important new programs to ensure students’ stability and success, including spearheading the addition of vital new resources to support emotional and psychological health, visual arts opportunities, and STEM initiatives. She expanded PREP 9, the organization’s boarding school program, and launched Smart Connections, allowing Prep for Prep to share its expertise with over 200 organizations around the world. In addition to her work at Prep for Prep, Hefferren served as a Director of Individual Gifts at New York University and as a consultant in nonprofit administration and fundraising.

“Aileen’s passion and professional portfolio are unparalleled. Her appointment marks an exciting new chapter for CMOM, which has grown tremendously since our early days as a neighborhood organization. Together with the Board, Aileen will continue to advance our profile as an institution of international stature—one that nurtures and inspires the next generation of creative global citizens,” said Laurie Tisch, CMOM’s Founding Board Chair.

Hefferren received her bachelor’s degree from Kenyon College, where she serves on the Executive Committee of the Board of Trustees and chairs its Diversity Committee. Her appointment as CMOM’s CEO and Director followed a comprehensive national search overseen by a committee appointed by the Museum’s Board. 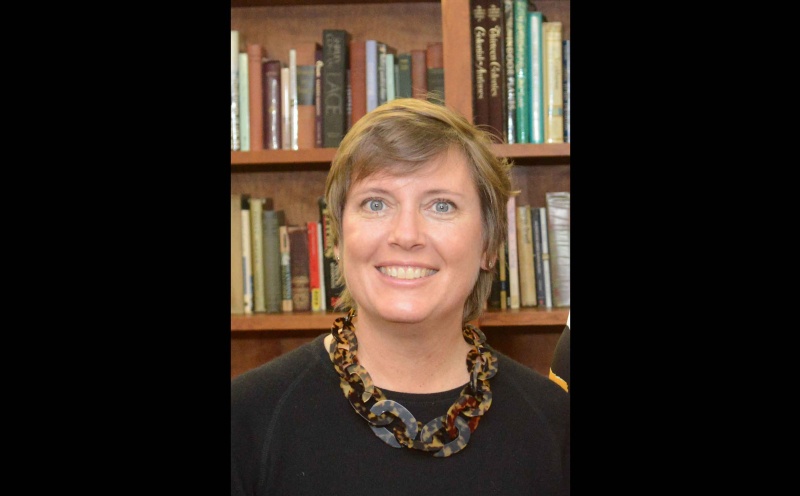 Other news about Children's Museum of Manhattan