Features Emerging and Established Artists from Across the Globe and Extends Collaborations with Local, National, and International Institutions

The season features Hendrix in Harlem, a tribute concert to the legendary rock genius and 1964 Amateur Night winner Jimi Hendrix; the Apollo Uptown Hall’s Presidential Debate Viewing Party with a pre-debate panel discussion featuring leading political analysts, live entertainment, and an audience Q&A;the return of the new holiday classic The First Noel, presented in collaboration with the Classical Theatre of Harlem and part of Holidays at the Apollo, which will make an unprecedented move to the Theater’s Mainstage; andother holiday programs including the Theater’s signature program Amateur Night Holiday Special and a special New Year’s Eve edition of its annual Kwanzaa Celebration: Regeneration Night.

The season will continue in the spring with dynamic programs in partnership with world-class performing arts institutions. The Apollo partners with the international cultural movement AFROPUNK (AP) to present Unapologetically Black: AFROPUNK’s Race Music, which pays homage to black protest music. The Theater also continues its relationship with World Music Institute for the fifth installment of its popular Africa Now! concert; and the second presentation of Southbank Centre London’s WOW - Women of the World Festival, celebrating the formidable strength and inventiveness of women and looking at the obstacles they face across the world, with performances, conversations, workshops, and a presentation of a John F. Kennedy Center for the PerformingArts production that honors the legendary jazz vocalist and activist Abbey Lincoln.

“We are proud to be a home for artists of all backgrounds, whether developing their craft and creating new works or celebrating Apollo Legends like Jimi Hendrix,” said Jonelle Procope, President and CEO of the Apollo Theater. “Our 2016-2017 season features talent from right here in Harlem and around the globe, and we are thrilled to welcome our audiences for a diverse season of music, dance, theater, comedy, and conversation.”

The new programs will be complemented by the Apollo’s signature series: Amateur Night at the Apollo, the Theater’s original talent competition; Apollo Music Café, which showcases boundary-pushing, new musical artists; Apollo Comedy Club, an initiative which features up-and-coming comedic artists; and Salon Series, a one-week residency in which artists from across disciplines develop and test new works, culminating in public workshop performances. A cornerstone of the Harlem community, the Apollo will also present public conversations, education programs for students and families, and other community events throughout the season. 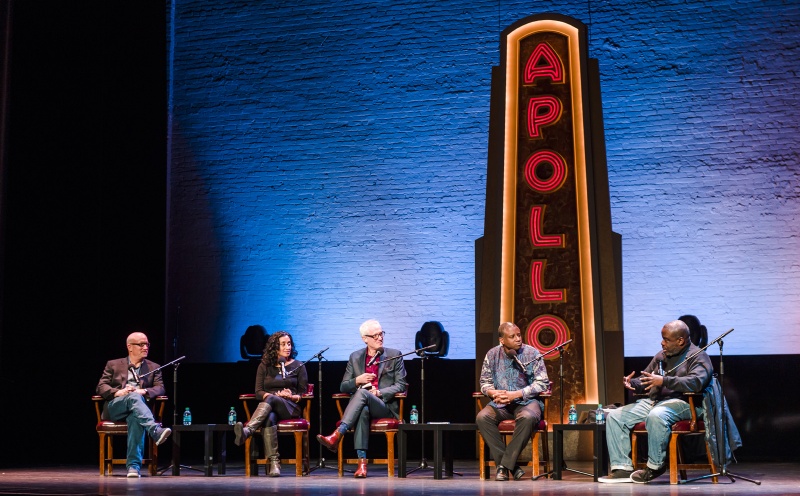