Virtual Season Highlights Include Grammy Award Winner Wyclef Jean Performing his 1997 Solo Debut Album The Carnival Presented in Partnership with ADCOLOR. Plus, a Special Live Wire about the Queen of Soul: Aretha Franklin, and more

The Apollo Theater today announced details of its fall 2020 season, which will take place exclusively online on the Apollo’s Digital Stage. The season features a broad range of free virtual events, including Wyclef Jean performing his Double Platinum album The Carnival; a special Live Wire conversation focused on the artistry of the Queen of Soul Aretha Franklin; and monthly Apollo music nights with independent musical artists through the Apollo Music Café, featuring artists Stout, J. Hoard, and Madison McFerrin. The season expands the nonprofit theater’s role as a partner, commissioner, and co-producer of programming that centers Black artists and voices from the African Diaspora. Looking ahead to the spring, the Apollo Theater and American Composers Orchestra will co-present “An Evening of Sound, Voice, Poetry, and Healing,” featuring three orchestral works, poetry, and rituals tracing the Black-American experience, including The Seven Last Words of the Unarmed by Joel Thompson. In addition, the Apollo Film series will present a 30th-anniversary celebration of the cult classic House Party, and more.

Grammy-winning Haitian-American rapper, musician, and actor Wyclef Jean will kick off the season on Wednesday, September 9 at 8:00pm EST with a historic performance. Presented in partnership with ADCOLOR, the multi-instrumentalist will perform his iconic debut album, Wyclef Jean Presents The Carnival live on the Apollo’s Main Stage with no audience and minimal crew. The special concert will be streamed on the Apollo’s Digital Stage and ADCOLOR’s virtual event site, and will feature Wyclef’s revolutionary mix of Haitian creole, rap, world music, and pop. Nearly 25 years after the debut release, The Carnival continues to be a poignant example of Jean’s musicality and his influence on the music industry at-large.

“The Apollo Theater has been a beacon of Black creativity for more than eight decades and a safe haven for artists and audiences alike. It was essential for the Apollo that we create ways to continue to reach and engage our communities, from Harlem, NYC to those around the globe, and we have devised an exciting digital season of programs even though our physical doors remain closed,” said Apollo Theater President and CEO Jonelle Procope.

“We are excited that Wyclef Jean is returning to the Apollo Stage, 24 years since his very first performance in 1996, to celebrate his boundary-pushing album, and we are inspired by all of the incredible artists who have worked with us over these past months to create a season that has reaffirmed our commitment to Black artists and audiences,” said Apollo Theater Executive Producer Kamilah Forbes. “In addition to the virtual events we present this fall, we look forward to partnering with American Composers Orchestra and Jonathan McCrory and the National Black Theatre to present timely orchestral and literary works from artists who reflect the rich diversity of our country and that are responsive and healing to our world today.”

The Apollo Theater has long history of advocating for the safety, dignity, and justice of Black people worldwide. This spring, in response to the continued demand for equality and the nation-wide reckoning with systemic racism, the Apollo Theater will partner with American Composers Orchestra to co-present “An Evening of Sound, Voice, Poetry, and Healing,” showcasing three musical works written to create space for remembrance, mourning, celebration, and reflection. Directed and co-curated by National Black Theatre Artistic Director Jonathan McCrory, with musical curation by ACO Artistic Director Derek Bermel, the evening will include New York premieres of The Seven Last Words of the Unarmed by Joel Thompson and AMEN! by Carlos Simon as well as Reflections by Tania León, which sets the poetry of Rita Dove. Featuring American Composers Orchestra and additional players from Black-led musical organizations, the performance will incorporate community and church choirs from the New York area along with spoken word and other rituals. The Apollo Theater and American Composers Orchestra are working together to ensure this one-night-only event will be presented following all state and local guidelines to ensure the health and well-being of the performers and audience. Additional details, including workshops and audience conversation events, will be announced at a later date.

Widely considered a cornerstone of Black culture, the Apollo continues to provide a home to artists, even amid the global health crisis. Following the announcement of Apollo New Works earlier this year, the Apollo’s first-ever major commissioning initiative dedicated to the creation of a diverse 21st-century performing arts canon, the Theater will continue to support the first cohort of artists with a number of digital workshops, including a weeklong residency for Soul Science Lab to develop its commissioned project, The Renaissance Mixtape. The work, a millennial take on iconic figures and philosophies of the Harlem Renaissance era 100 years later, sheds new light and explores its continued relevance in a society still plagued by the same racial and social issues that gave birth to one of history’s most epic artistic ages. The digital residencies will continue with Jon Boogz and Lil Buck working with director and scholar Talvin Wilks on the development of their Apollo New Works commissions. Digital residencies are not open to the public.

A cultural anchor in Harlem and New York City, the Apollo continues its role as a catalyst for social engagement through community and education offerings. On Tuesday, September 29 at 6:30pm EST the Apollo Theater Education Department will welcome author Nic Stone to the Apollo Digital Stage, in conversation with Angie Thomas (“The Hate U Give”) about the sequel to her bestseller “Dear Martin,” “Dear Justyce,” which takes an unflinching look into the flawed practices and silenced voices in the American juvenile justice system.

The Theater kicks off Live Wire conversations—the popular free series that honors iconic individuals who have impacted Apollo history—on Tuesday, December 15 at 6:30pm EST, when it takes a deep dive into the artistry of the Queen of Soul and Apollo regular, Aretha Franklin. The conversation will feature discussions from leading cultural critics that will provide an opportunity to learn more about the still-understudied subject of Franklin's artistry.

On Sunday, December 26 at 7:00pm EST, the Apollo Theater will celebrate its annual Kwanzaa Celebration featuring the renowned New York-based dance company Abdel Salaam’s Forces of Nature Dance Theatre and guest performances. Since 2006, the Apollo has presented this annual performance to celebrate Kwanzaa during the seven-day holiday. This year, Forces of Nature Dance Theatre will produce a unique digital event of dance and music honoring the principles of Kwanzaa.

On Sunday, January 18 at 3:00pm EST, the Apollo will once again collaborate with WNYC on the annual Uptown Hall Martin Luther King Jr. program. This year’s program, titled Apollo Uptown Hall: MLK and the Fierce Urgency of Now, will unpack the implications of the 2020 U.S. presidential election through the prisms of civil rights and modern day social justice movements, and will examine the Black community’s historic and adversarial relationship with law enforcement and Western medicine institutions. This event will also feature performances that amplify these themes.

Looking forward to spring, the Apollo Theater is planning to present a number of hybrid in-person and digital events, including the return of its hallmark program Amateur Night at the Apollo. In February, Apollo will also celebrate the 30th anniversary of the cult classic film House Party, with a special screening, conversations, and live performances to be announced. The Theater will again be a part of the bi-annual Women of the World Festival (WOW), which will span four days in March 2021, featuring  socially distanced performances, a youth summit, and a full day of conversations and workshops that will also be available digitally. 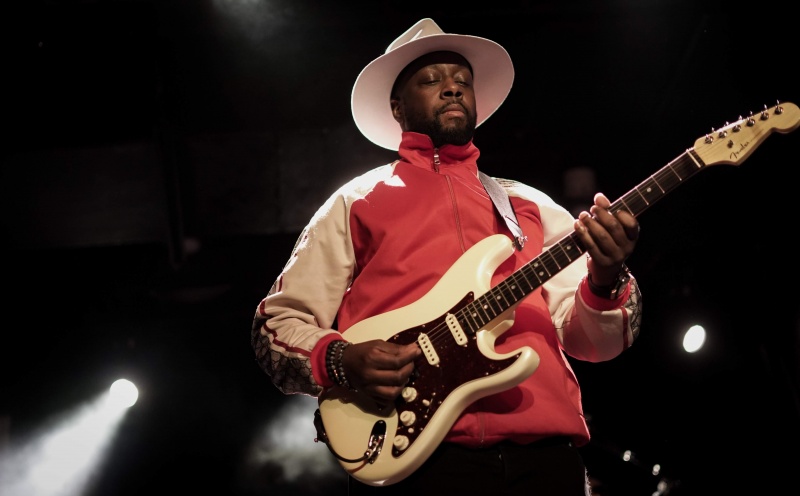