Curated by Mel Bochner in collaboration with Magazzino Italian Art, This Special Exhibition Examines Parallel Artistic Movements in the 1960s and 1970s in the U.S. and Italy through the artwork of Bochner, Alighiero Boetti, and Lucio Fontana

On extended view through April 5, 2021, Magazzino Italian Art presents a special exhibition examining the formal, conceptual, and procedural affinities in the work of Mel Bochner, Alighiero Boetti, and Lucio Fontana. Curated by Bochner in collaboration with Magazzino, the exhibition marks the first presentation to consider the American artist’s extensive, yet overlooked, engagement with the practices of Fontana and Boetti, as well as with Italian art at large. Bochner Boetti Fontana offers, through the artist’s perspective, a number of resonances between his work and that of the Italian and Italian-Argentine artists: an exploration of systems, language, and materials; and a sense of irony and humor, often and especially shared by Arte Povera and Conceptualism, as all these works opened the work of art onto the space of display. The exhibition also traces parallels between the artistic movements that developed on both sides of the Atlantic during the 1960s and 1970s: Spatialism and Arte Povera in Italy, and Process and Conceptual art in the United States.

Opened on October 2, 2020, Bochner Boetti Fontana features paintings, sculptures, and installations, including works from Bochner’s personal archive, as well as major international loans. The exhibition is presented with the support of the Archivio Alighiero Boetti and Fondazione Lucio Fontana, and is accompanied by a catalog, featuring contributions from Bochner and Magazzino’s 2019-20 Scholar-in-Residence Tenley Bick, who is also Assistant Professor of Global Contemporary Art at Florida State University.

As part of Magazzino da Casa, the museum’s online platform for digital content, Magazzino commissioned a short film by Domenico Palma, which provides a behind-the-scenes look into the exhibition. The film features interviews with Mel Bochner, Magazzino Co-founder Nancy Olnick, and eminent art historians Bruno Corà and Laura Cherubini. The film can be viewed at this link.

“We are incredibly honored to be working with Mel Bochner to curate this special exhibition that explores key tenets of his practice in tandem with those of Alighiero Boetti and Lucio Fontana,” said Magazzino Director Vittorio Calabrese. “The exhibition marks the first time that an American artist will be shown in our galleries and speaks to the central theme of our 2020 season, which reveals the international resonances of postwar and contemporary Italian art within a broader global perspective.”

One of the most celebrated figures in Conceptual art, Bochner was initially best received in Italy, where he has spent significant time across his career. He had an early solo exhibition at the Galleria Gian Enzo Sperone in Turin in 1970, an important gallery for Arte Povera, and was included in Germano Celant’s now canonical exhibition Conceptual Art, Arte Povera, Land Art of the same year.

Bochner Boetti Fontana highlights connections between the practices of the three artists, including the similar uses of systems, language, and materials by Bochner and Boetti, and the innovative approach to artwork and exhibition space by all three. Works by Bochner in the exhibition register the artist’s long-term, but understudied, engagement with Boetti and Fontana and with Italian art, history, and culture broadly, including:

Highlight works by artists Alighiero Boetti and Lucio Fontana on view include: 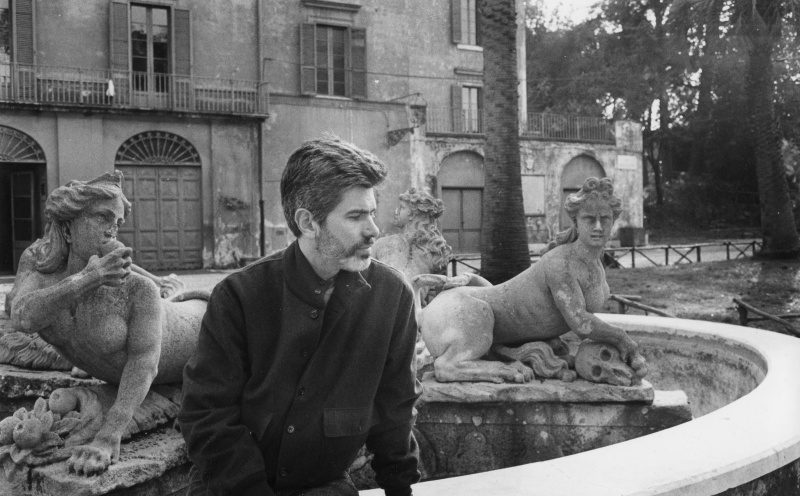