Brooklyn Public Library (BPL), The New York Public Library (NYPL, serving Manhattan, the Bronx, and Staten Island), and Queens Public Library (QPL) today announced that in the first year of the Culture Pass initiative (July 2018-July 2019)—a citywide library program providing free access for library card holders to 50 cultural institutions across the five boroughs—has provided more than 70,000 free passes, with the total value to library card holders estimated at nearly $3 million. Since the launch of the program, 17 additional cultural organizations, from the American Museum of Natural History to the Museum of Arts and Design and Second Stage Theater, have been added to the roster of participating institutions, including three performing arts venues.

Through Culture Pass, participating cultural institutions provide day-passes for library cardholders to reserve online and then display the printed or digital pass to gain free admission to a specified museum, cultural heritage site, garden, or performance venue, with the option of bringing between one and three guests.

Through the initiative, the three library systems also launched a pilot program working with participating institutions to develop educational programs at branch libraries including workshops, readings, artist and author talks, and other engagement opportunities. The four-month pilot program included 142 community programs offered in 60 branches across all three library systems in partnership with 15 cultural organizations. These pilot programs were attended by more than 2,200 children, teens, and adults.

Over the last year, the Brooklyn, New York, and Queens public libraries undertook a comprehensive campaign to reach underserved communities, including extensive in-person outreach at participating cultural institutions and throughout the three library systems, and through materials created in languages including Spanish, Mandarin, Russian, and Arabic, resulting in more than 44,000 passes reserved by residents living in underserved neighborhoods.

Culture Pass organizations donate passes to the program on a monthly basis and are offered the opportunity to reach new audiences by reserving a portion of the passes for patrons living in underserved neighborhoods.

“Using a library card, this year over 70,000 New Yorkers were able to see some of the finest collections of art anywhere in the world,” said Linda E. Johnson, President and CEO, Brooklyn Public Library. “As the Culture Pass program begins a second year, we are grateful to the over 50 museums and cultural organizations who have generously provided free passes to library patrons ensuring that all New Yorkers have access to the city’s cultural treasures.”

“The Culture Pass program has been an enormous success, contributing to increased engagement and placing so many of the City’s wonderful, educational museums and cultural institutions within reach of all New Yorkers,” said New York Public Library President Anthony W. Marx. “We look forward to continuing this program and further bringing the best that New York has to offer—books, materials, programs, classes, and now tickets to cultural institutions—to all communities, all for free. These experiences and offerings are what strengthen New Yorkers and our City.”

“Thousands of our customers have borrowed passes or participated in workshops and discussions at our branches led by the cultural institutions involved with the program,” said Queens Public Library President and CEO Dennis M. Walcott. “Culture Pass is an amazing gift to New Yorkers and makes it possible for people who might not otherwise be able to afford the price of admission to experience some of the world’s most renowned arts institutions, gardens, and historic sites. I applaud the Stavros Niarchos Foundation, Charles H. Revson Foundation, The New York Community Trust’s Thriving Communities program and the New York City Department of Cultural Affairs for their exemplary generosity and for opening a new door to discovery and learning for our customers.”

“To make our cultural institutions open, inclusive, welcoming spaces for all New Yorkers, it’s not enough to open doors—you also have to invite people through them, and Culture Pass does exactly that,” said NYC Cultural Affairs Commissioner Tom Finkelpearl. “Libraries are hubs for community, education, and social connections, and they make a natural entry point for residents from every neighborhood into our city’s extraordinary cultural community. We are proud to support this incredible program for another year, and applaud the three library systems and their cultural partners for their vision and commitment to expanding cultural access for all New Yorkers."

“One year since its launch, Culture Pass has worked to provide every New Yorker who simply holds a library card with increased access to the arts and culture," said Council Member Jimmy Van Bramer, Chair of the Cultural Affairs and Libraries Committee. "I'm proud to join our city's three public library systems in championing this innovative program and working together with cultural institutions to ensure its continued success. It is so gratifying to know that so many people were able to visit a museum or see a piece of artwork for the first time because of our efforts to make Culture Pass a reality."

“For many of us, a library card is the first membership—the first key—we truly have ownership over, granting access to amazing worlds of knowledge and exploration right in our own backyard. Culture Pass extends the magic of the library card in giving New Yorkers access to some of the finest cultural and educational institutions in the world, with that same sense of opening up new possibilities right here at home. The Stavros Niarchos Foundation could not be prouder to be a part of the project,” said Alex Simon-Fox, Program Officer at the Stavros Niarchos Foundation.

“The success of Culture Pass has exceeded all expectations. We are so proud that every New Yorker now has access to so many world-class cultural institutions, all thanks to one of the city’s greatest treasures—our public libraries,” said Julie Sandorf, President of the Charles H. Revson Foundation.

“The City’s libraries have once again shown what it means to lead and create new opportunities for New Yorkers,” said Kerry McCarthy, Vice President for Philanthropic Initiatives at The New York Community Trust. “Culture Pass has exceeded expectations and ensures our neighbors, no matter their zip code, can take advantage of the City’s cultural treasure trove at no-cost.”

The organizations which participate in Culture Pass as of August 13, 2019 are listed below. New institutions, which joined after the 2018 launch, are noted in bold.

Brooklyn Public Library is the nation’s sixth largest library system and among the borough’s most democratic civic institutions. BPL offers 72,000 free programs a year for people from all walks of life—immigrants learning a new language, students preparing for college, older adults seeking companionship, aspiring entrepreneurs launching their dreams, children discovering the world, and people of all ages exploring arts and culture. And BPL provides patrons over 3 million opportunities to enjoy one of life’s greatest satisfactions: the discovery of a good book. Learn more at bklynlibrary.org

About The New York Public Library

The New York Public Library is a free provider of education and information for the people of New York and beyond. With 92 locations—including research and branch libraries—throughout the Bronx, Manhattan, and Staten Island, the Library offers free materials, computer access, classes, exhibitions, programming, and more to everyone from toddlers to scholars, and has seen record numbers of attendance and circulation in recent years. The New York Public Library serves more than 18 million patrons who come through its doors annually and millions more around the globe who use its resources at www.nypl.org. To offer this wide array of free programming, The New York Public Library relies on both public and private funding. Learn more about how to support the Library at nypl.org/support

Queens Public Library is one of the largest and busiest public library systems in the United States, dedicated to serving the most ethnically and culturally diverse area in the country. An independent, non-profit organization founded in 1896, Queens Public Library offers free access to a collection of more than 5 million books and other materials in multiple languages, technology and digital resources, and more than 80,000 educational, cultural, and civic programs a year. It consists of 65 locations, including branch libraries, a Central Library, seven adult learning centers, a technology center, two universal pre-kindergartens, and two teen centers. Visit online at queenslibrary.org 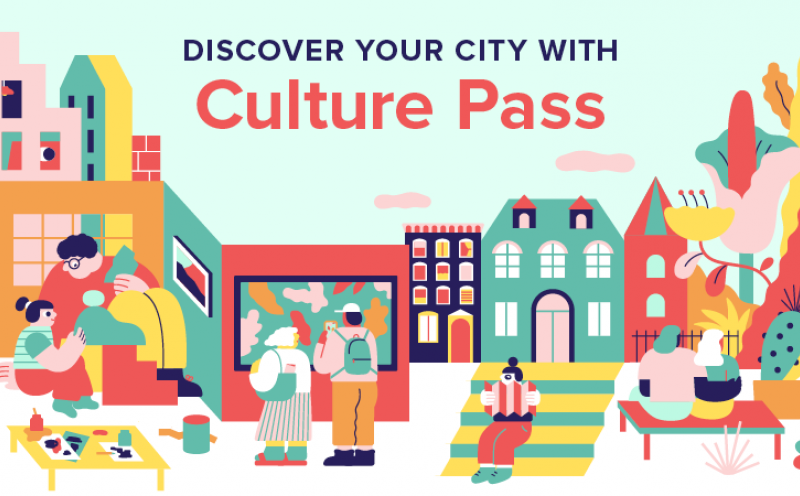