Brooklyn Public Library (BPL) today announced an exhibition honoring pioneering alternative arts space Franklin Furnace and its enduring importance as a catalyst of risk-taking cultural production in New York City. Franklin Furnace: Performance is Public presents seminal documentation of performance art and spatial interventions in the streets and public spaces of New York City from Franklin Furnace’s archives, including key works in the history of performance art from the 1970s to the present. On view from July 15 to October 15, 2019 at BPL’s Central Library on Grand Army Plaza, Performance is Public explores artists’ engagements with public space in Brooklyn and across the city in the form of ephemera, video works, and artists’ books, continuing Franklin Furnace’s ongoing support of live art happenings and their documentation.

“For more than 40 years, Franklin Furnace has been driving a prescient dialogue about the relationship between public spaces and the body, action and speech that is extremely relevant to civic life today.” said László Jakab Orsós, Vice President of Arts and Culture of Brooklyn Public Library. “Like Franklin Furnace, the Library is a democratizing force and an essential catalyst of civic discourse, and we are thrilled to work with Martha Wilson to bring this body of work to BPL.”

“Franklin Furnace is elated by the Brooklyn Public Library’s recognition of our unwavering support and promotion of emerging artists and their ideas,” said Martha Wilson, Founding Director of Franklin Furnace. “Artists’ concerns have evolved during the past four decades and Franklin Furnace’s archives reflect that progression. This exhibition offers both children and adults a view of the ‘downtown’ New York art scene from 1976 to now, through the eyes of artists whose work has changed the way we see our city, country and world.”

Brooklyn Public Library’s exhibition of projects by Shirin Neshat, Willie Cole, Tehching Hsieh and Rashaad Newsome, as well as a Jenny Holzer banner recreated specifically for Brooklyn Public Library, explores the dynamics between free speech and public space, and between live performance and archival process. The exhibition will close on October 15, 2019 with a discussion of Franklin Furnace’s radical history by contemporary artist and Franklin Furnace founder Martha Wilson.

Established in 1976, Franklin Furnace provided an early platform for genre-defying work by some of today’s most significant artists, supporting time-based ephemeral art and bold artistic gestures in the public realm through exhibitions, collections, and programs. For more than four decades, Franklin Furnace has served emerging artists not supported by other arts organization as well as those who choose publishing as a democratic artistic medium. Over the course of its 44-year history, Franklin Furnace has been an alternative arts space, an online network, an agent of risk-taking cultural production, and an archive with the mission of “making the world safe for avant-garde art.”

Performance is Public at BPL celebrates Franklin Furnace’s ongoing contributions to making daring public performance, time-based art, art publishing, and the documentation thereof part of the City’s consciousness. As part of its expansive programming in the visual arts, Performance is Public extends BPL’s mission to provide access to educational, economic, and cultural enrichment opportunities of the highest quality to the 2.6 million individuals who make Brooklyn home. Performance is Public follows Scoring the Stacks, BPL’s site-specific installation by Kameelah Janan Rasheed, the Library’s 2019 Katowitz Radin artist-in-residence earlier this year; and BPL’s current exhibition Photo Requests from Solitary, in partnership with Solitary Watch, a participatory art project that offers audiences a direct and powerful connection to people living in solitary confinement in U.S. jails and prisons, on view at BPL’s Central Branch through July 1, 2019.

Additional public programs related to Performance is Public will be announced in Summer 2019. 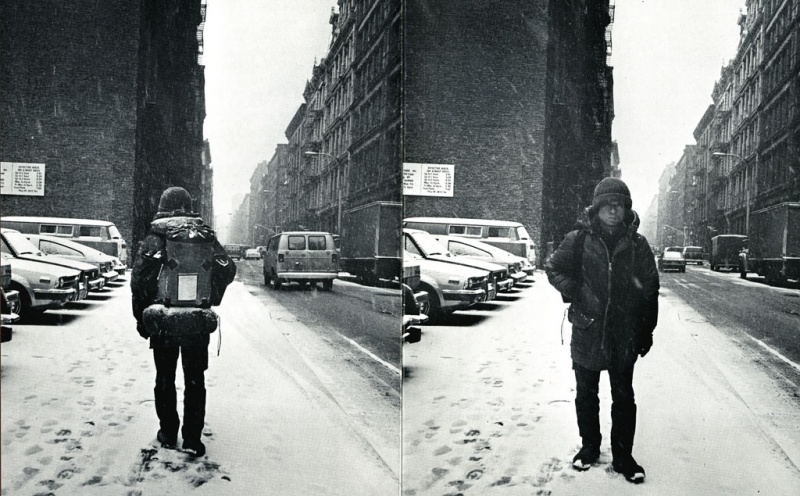