Brooklyn Public Library (BPL) today announces the launch of a Creative-In-Residence program in partnership with artist William Kentridge and his Johannesburg-based arts incubator the Centre for the Less Good Idea (CftLGI). Celebrating the importance of failure as generative force in the creative process, the joint BPL-CftLGI program will support an inaugural class of six Creatives-In-Residence to develop projects across disciplines from ideation to completion through six months of workshops, events, and public exhibitions, marking the Centre’s first ever collaboration with a U.S. institution. Conceived as an antidote to the highly competitive, success-obsessed atmosphere of the New York art world and American work culture at large, the BPL – CftLGI program aims to reframe the concept of failure, creating an environment where an open, iterative, and experimental artistic process is valued over the production of polished final products.

Kicking off with a public launch event featuring Kentridge at BPL’s Central Library on Thursday, December 5 from 7 - 9:00pm, the Creatives-In-Residence will refine their ideas through workshops and events over the course of Winter and Spring 2020. Through these workshops and panels, leaders in their respective fields and the public will be invited to provide feedback on in-progress iterations of their projects, and the program will conclude with an exhibition on view at Central Library from April through June 2020. Entitled In Praise of Failure, the exhibition will include new works generated by the Creatives-In-Residence alongside ephemera documenting their creative processes, as well as works by artists engaged with the Centre in Johannesburg, creating an artistic bridge between the two cities.

The inaugural group of Creatives-In-Residence includes:

Founded in 2014 by William Kentridge, the Centre for the Less Good Idea is an arts incubator based in Johannesburg, South Africa, that encourages dynamic thinking, artistic risk, and experimentation across disciplines of performance, music, visual and literary arts. Now in its fifth year, CftLGI is a physical space for artists and curators to bring together combinations of text, performance, image, and dance. The Centre believes an ensemble sees the world differently to how one individual does. It is a safe space for failure, for projects to be tried and discarded; a space for short form work which doesn’t have a natural home in a theatre or gallery.

Kentridge was previously commissioned by BPL to deliver the December 2018 edition of the Message from the Library, a series through which BPL invites artists and scholars to develop and deliver a public address on the most pressing artistic and social issues of our time from their perspective.

Further details on In Praise of Failure public programs and performances will be available in the coming weeks. For the latest on BPL’s arts and cultural programming, follow @BPLPresents on Instagram and @BPL_Presents on Twitter. 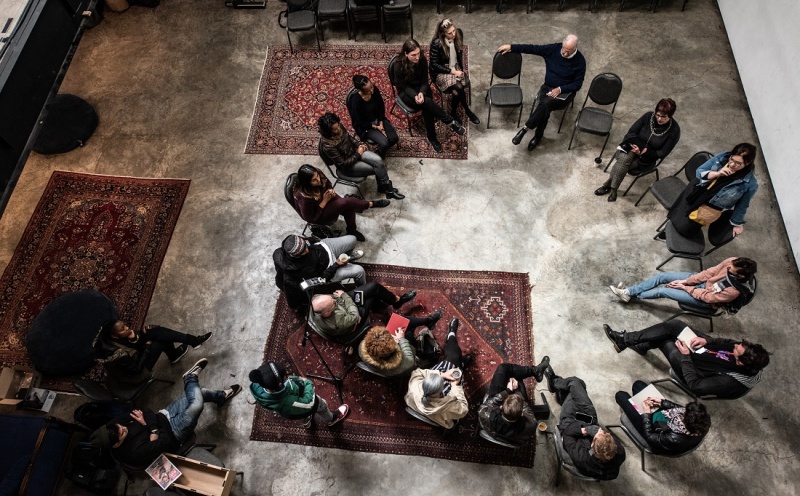