Brooklyn Public Library (BPL), one of the largest and most diverse libraries in the country, today announced the debut of LitFilm, a six-day festival celebrating films from around the world that focus their lenses on the great playwrights, poets, writers, and literary characters from the late-19th century through the present day. BPL’s LitFilm festival will examine some of the most influential figures of modern literature, looking beyond the narratives that dominated their lives in the public eye to reveal new perspectives on their work. Taking place at BPL’s historic Central Branch, the free festival will kick off on Tuesday, February 20 with a keynote address by Rebecca Miller, Arthur Miller’s daughter and director of the documentary Arthur Miller: Writer, soon to air on HBO. The festival will continue with 17 diverse events, culminating on Sunday, February 25 with a discussion of Joan Didion: The Center Will Not Hold, led by Didion’s nephew, the actor and director Griffin Dunne.

“At the intersection of literature and film, LitFilm will illuminate the creative trials and triumphs of some of the most beloved voices of the 20th century,” said BPL President and CEO Linda E. Johnson. “Over six days, we hope patrons will encounter new writers, and discover new perspectives on writers they’ve read and reread, from Baldwin to Sontag.”

The inaugural edition of LitFilm will feature films that explore the human side of legendary writers and playwrights James Baldwin, Joan Didion, Arthur Miller, Susan Sontag, Alice Walker, Diane Di Prima, Václav Havel, and Svetlana Geier, and reflect on the complex lives of literary figures who embodied their nations in the eyes of the world, from Gabriel García Márquez and William S. Burroughs to Yukio Mishima and Mahmoud Darwish.

LitFilm will also feature director Q&As, panel discussions, and staged readings with filmmakers, critics, and actors. Among the events, directors of James Baldwin: The Price of the Ticket Karen Thorsen and Douglas K. Dempsey will host an audience-led discussion on the place of Baldwin’s work in the contemporary movement for civil rights, and actor Najla Said will lead a reading of Mahmoud Darwish’s poetry following Write Down, I Am an Arab, a film considering the late poet’s role in shaping modern Palestinian literature.

“With LitFilm, Brooklyn Public Library is casting a new light on some of the most compelling and enduring forces in modern literature,” said BPL’s Vice President of Arts & Culture László Jakab Orsos. “Bringing together rare and revealing films and filmmakers, LitFilm will open up a dialogue on the humanity and legacy of these iconic literary figures.”

The debut edition of LitFilm is part of Brooklyn Public Library’s thought-provoking spring season of cultural programming, bringing together the world’s most illustrious writers, critics, and artists with the Brooklyn and Greater New York communities to discover new perspectives, draw creative inspiration, and participate in today’s most urgent conversations.

LitFilm is made possible through generous support from The Stavros Niarchos Foundation. 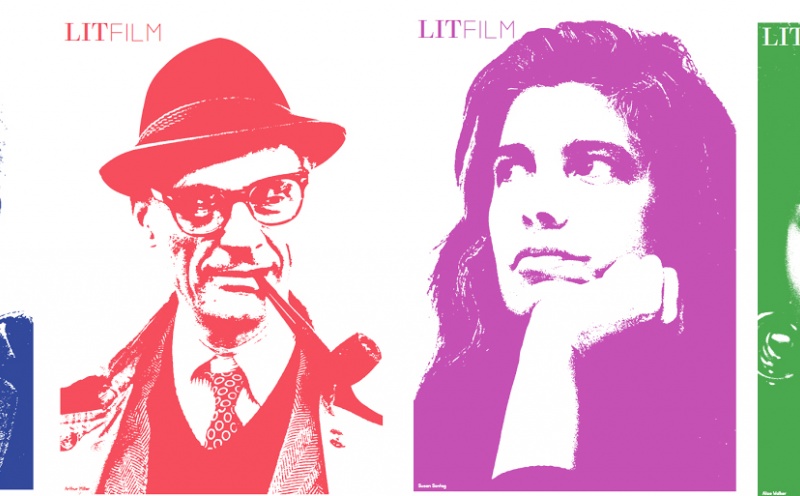