“The Brooklyn Public Library Literary Prize shortlist reflects our librarians’ wide-ranging knowledge of contemporary literature and the issues that resonate within the communities we serve,” said BPL President and CEO Linda E. Johnson. “With this award, we celebrate extraordinary books and writers, along with the many people—librarians, booksellers, publishers, and readers—who contribute so much to Brooklyn's literary life.”

One of only a few major literary prizes awarded by a public library system, BPL’s Literary Prize nominees are selected entirely by librarians. The 2018 selections include two debut short story collections, a book of poetry, and two memoirs.

The BPL librarians who comprise the Prize selection committee serve communities from Sheepshead Bay to Williamsburg to Red Hook; and specialize in fields ranging from adult literature, business and career services, and historical collections. They are among the dedicated staff across BPL’s 59 branch libraries, which serve as vibrant town squares in every neighborhood throughout Brooklyn.

The nominated authors and works—in both the fiction and nonfiction categories—tackle complex topics ranging from the American civil rights movement to physical and emotional trauma, to immigration and young adulthood, mirroring the vast collections of the library, which encompasses myriad geographies, generations, and experiences. As a leader in expanding the role of libraries in addressing the needs and issues that are vital to the communities they serve and the nation as a whole, these works reflect BPL’s dedication to fostering civic literacy and community engagement among the 2.6 million individuals who make Brooklyn home, as well as strengthening the fabric of the community and providing resources of the highest quality, free of charge.

Her Body and Other Parties by Carmen Maria Machado

The Line Becomes a River: Dispatches from the Border by Francisco Cantú

Hunger: A Memoir of (My) Bodyby Roxane Gay

A More Beautiful and Terrible History: The Uses and Misuses of Civil Rights History by Jeanne Theoharis

The Prize was established in 2015 by the Brooklyn Eagles, a group of young patrons who support the library and its programs. It recognizes works that question established ways of thinking and which advance Brooklyn Public Library's mission of bringing together the borough's diverse communities to explore urgent social, political, and artistic issues.

The winners will be celebrated at The Brooklyn Classic, the annual fundraising event of the Brooklyn Eagles, on November 2 at Park Slope Library.

Brooklyn Public Library is the nation’s sixth largest library system and among the borough’s most democratic civic institutions. BPL offers 65,000 free programs a year for people from all walks of life—immigrants learning a new language, students preparing for college, older adults seeking companionship, aspiring entrepreneurs launching their dreams, children discovering the world, and people of all ages exploring arts and culture. And BPL provides patrons 3.9 million opportunities to enjoy one of life’s greatest satisfactions: the discovery of a good book. Learn more at bklynlibrary.org 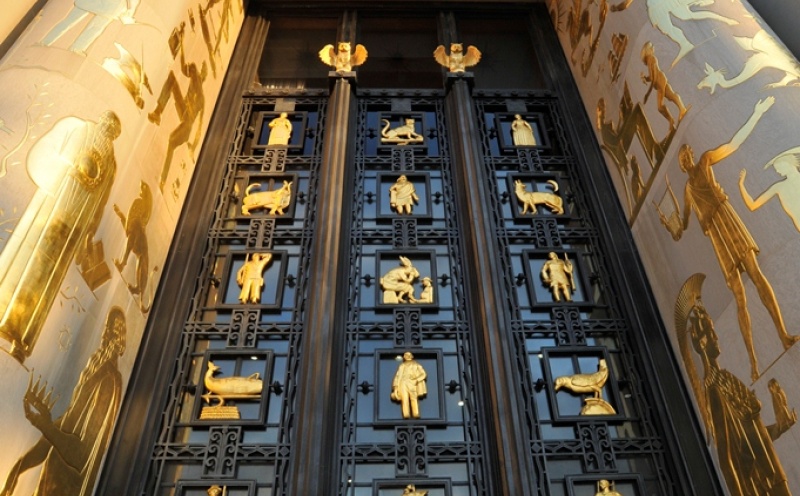