Featuring New and Recent Work by Artists Working Across Disciplines, The Regional Explores the Cultural Complexities of America’s Heartland

The Museum of Contemporary Art Cleveland (moCa) and the Contemporary Arts Center (CAC) in Cincinnati announced today a major exhibition dedicated to artists living and working throughout Midwestern America. Co-organized by the two institutions, The Regional is the first major multi-museum survey dedicated to contemporary artists based in the Midwest and will feature new and recent work, including several site-responsive commissions, by over 20 artists working across painting, photography, installation, and performance. Showcasing artists that represent a wide variety of backgrounds, concerns, and approaches—including Conrad Egyir, Matthew Angelo Harrison, Gisela McDaniel, B. Ingrid Olson, Devan Shimoyama, Alice Tippit, and Jordan Weber—The Regional celebrates the artistic and cultural complexity of the Midwest, offering audiences a more comprehensive understanding of this moment in America’s heartland. The Regional premieres at moCa from July 8 through November 7, 2021 before traveling to the CAC, with additional venues to be announced. A parallel program of conversations and performances is being organized at each venue.

“The Regional is a testament to the range of creative practices and rich cultural heritage alive in the Midwest,” said Raphaela Platow, the CAC’s Alice & Harris Weston Director and Chief Curator and moCa Interim Executive Director Megan Lykins Reich. “Joining together two institutions with deep investments in our local creative communities, this exhibition is an exciting opportunity to collectively uplift and amplify some of our region’s most talented artists. We envision this as a regular and evolving platform for regional artists and hope to work with a range of partner institutions in the future to establish a recurring, nomadic exhibition that adapts with each iteration to reflect the full breadth and scope of the Midwest.”

Loosely defined as the area that stretches from the Dakotas in the west along the Great Lakes to Michigan and Ohio in the east and from the north in Minnesota adjacent to the Mississippi River through Illinois, Iowa and Missouri, the Midwest is a construct bounded by geography as well as shared social and cultural legacies. Partially encompassing the “Rust Belt,” a site of 20th century industrial growth marked by subsequent declines and more recent resurgences, the Midwest is linked by histories that include the early abolition of slavery and the underground railroad network, as well as immigration, namely by Germans, Irish, and Scandinavians in the mid-19th century, and more recently by asylum seekers from countries as varied as Vietnam, Iraq, and Somalia.

Reflecting and responding to this range of social and historical contexts, The Regional scans the diverse cultural landscape of the region and provides a snapshot of the creative ecology blooming within it. The exhibition brings together new and recent work by artists from a variety of backgrounds who are currently based in Detroit, Cincinnati, Chicago, Cleveland, Columbus, Indianapolis, Kansas City, Madison, Minneapolis, and Saint Louis, among other locales throughout the Midwest. The Regional celebrates the range of cultural origins and creative approaches in the middle section of America by uniting artists working across creative disciplines to explore some of the most pressing issues of our time. As an initiative dedicated to showcasing and engaging with local cultural communities, The Regional will evolve as it tours to each location by inviting additional local artists to participate in related programming and installations at each venue. The exhibition will also be accompanied by a digital catalogue highlighting featured works and exploring a range of historic and contemporary themes informing the show. Together, the exhibition, publication, and related programs will invite audiences to participate in a dynamic discourse about the past and future of the Midwest and the artists working within it.

Additional details, including the curatorial team, graphic designer, and on-site and virtual programming will be announced at a later date.

In conjunction with the exhibition, moCa and the CAC are developing a robust digital catalogue, which will be made available as a free downloadable PDF on both institutions’ websites. The catalogue will revisit older histories of the region while also inviting speculation about its future, highlighting certain works in the exhibition, and engaging a range of subjects including gentrification, propaganda, Jazz, joy, failure, and freedom. The catalogue will include new essays by the exhibition’s curators as well as contributions from scholars, artists, and thought leaders.

About the Museum of Contemporary Art Cleveland (moCa)

Cleveland’s Museum of Contemporary Art (moCa) plays an urgent and exciting role in the city’s cultural landscape. As a non-collecting institution, moCa is ever-changing, introducing new exhibitions throughout the year to create fresh experiences for visitors each season. Since its founding in 1968, moCa has presented the works of more than 2,000 artists, often through artists’ first solo shows. For more than 50 years, moCa has been both conduit and catalyst for anyone seeking creativity and inspiration, bringing the art and ideas of our time to Cleveland and the region at large. moCa was the first in the area to exhibit the works of vanguard artists such as Roy Lichtenstein and Andy Warhol. We continue in that tradition, featuring the work of emerging and established regional, national, and international artists.

Through exhibitions, performances, educational and hands-on community programs, the Contemporary Arts Center (CAC) provides opportunities for all people to engage with the art, artists, and ideas of our time. Working with its community of visitors, patrons, and partners, the CAC explores the unfolding landscape of art and celebrates creative expression in everyone. Since its founding in 1939, the CAC has been a champion of emerging ideas in contemporary art, hosting one of the first Midwest exhibitions of Picasso’s Guernica in 1939; mounting an early exhibition of Pop Art in 1963; representing the United States at the São Paulo Biennial in 1975; and presenting— and successfully defending—the 1990 Mapplethorpe retrospective that became a lightning rod in the era’s culture wars and propelled the CAC into the national spotlight. In 2003, the CAC moved into the Lois & Richard Rosenthal Center for Contemporary Art, the first museum designed by architect Zaha Hadid and the first museum in the US to be designed by a woman. Recent programming highlights include landmark exhibitions of work by Ugo Rondinone, Do Ho Suh, Titus Kaphar, Saya Woolfalk, Swoon, and Akram Zaatari, and the first solo museum presentations of artists such as Maria Lassnig, Shilpa Gupta, JR, Anri Sala, Michael Sailstorfer, Pia Camil, Albano Afonso, and Pamela Phatsimo Sunstrom. The CAC also launched an ongoing performance program in 2011, which is now accompanied by the This Time Tomorrow annual performance festival. Artists presented include Okwui Okpokwasili, Taylor Mac, Kaneza Schaal, and Tanya Tagaq, with North American premieres from international artists such as Kate McIntosh, Ingri Fiksdal, Mithkal Alzghair, and Raquel Andre. 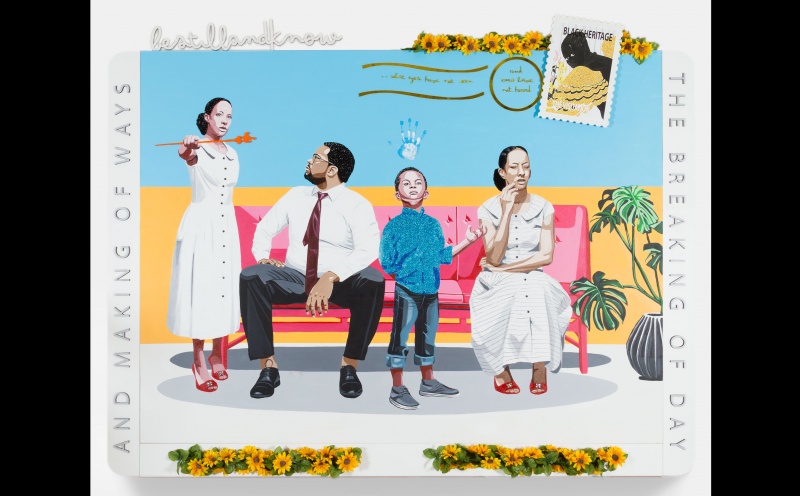