Cayetano Ferrer Selected for 2015 Faena Prize for the Arts

The International Jury of the Faena Prize for the Arts convened in Buenos Aires and awarded Cayetano Ferrer with the $75,000 USD prize for the creation of Cinema Architecture (working title) a site-specific work to be presented at the Faena Art Center Buenos Aires in 2015.

Today the Faena Art Center Buenos Aires announced Cayetano Ferrer (b. 1981, Honolulu, Hawaii; lives and works in Los Angeles) as the winner of the 2015 Faena Prize for the Arts, which aims to foster artistic experimentation, encourage crossover between disciplines and promote new explorations of the links between art, technology, and design. Regarded as the most important and largest art prize in Latin America, and unique for its commitment to the open-call process and its award of unrestricted funds to artists, the Faena Prize for the Arts calls on artists or groups of artists from all over the world to develop original, site-specific projects that are in dialogue with the architectural and symbolic space of Sala Molinos, the central exhibition space at the Faena Art Center in Buenos Aires.

Following the evaluation of over 400 proposals from artists around the world, Cayetano Ferrer was selected as the winner of this year’s prize by a jury of leading figures from the international art world—coordinated by Ximena Caminos, Director and Chief Curator of the Faena Art Center, the jury includes Caroline Bourgeois, the curator of the François Pinault Foundation; Rita González, curator of contemporary art at the Los Angeles County Museum of Art (LACMA); Katie Sonnenborn, co-director of the Skowhegan School of Painting and Sculpture  in  New  York;  and  Sonia  Becce,  a  renowned  independent  Argentine curator.  The jury also selected Pablo Rasgado (b. 1984, Mexico City) for his proposal El color del espectro and Nicolas Gullotta (b. 1983, Buenos Aires) for his proposal Piedra Movediza Archive as this year’s two special mentions, which include a $1,000 USD prize to each.

Cayetano Ferrer was awarded for his proposed dynamic intervention within Sala Molinos that will engage specifically with the site and the city of Buenos Aires. Ferrer will receive the $75,000 USD prize, which includes $25,000 USD for the artist and a budget of up to $50,000 USD towards the production of Cinema Architecture (working title), to be presented by the Faena Art Center in October 2015.  Following several months of research in Buenos Aires, Ferrer plans to use new media and virtual imaging to create a dynamic visual environment that references iconic and symbolic architectural forms from both his personal history and that of Buenos Aires and the Faena Art Center. 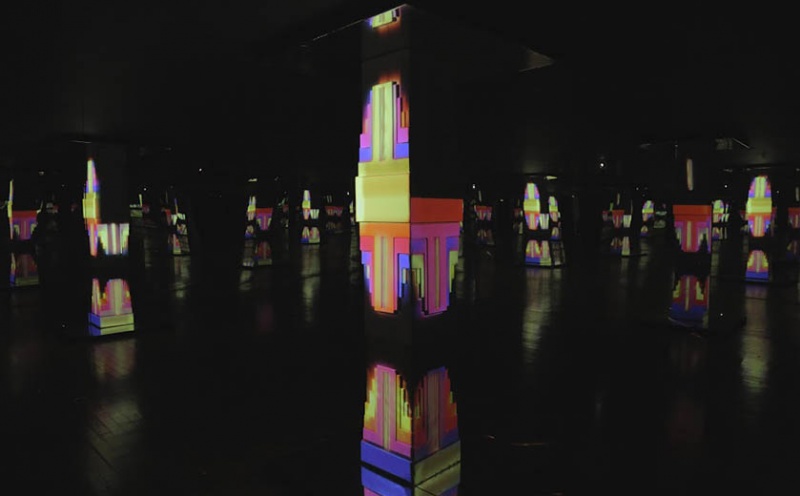 Other news about Faena Art