The Contemporary Arts Center (CAC) in Cincinnati today announced the second edition of its performance festival This Time Tomorrow (TTT), which commissions and presents new, cutting-edge work from international, domestic, and local artists. Spread across five days in April 2020, this year’s festival will feature a diverse assembly of performance works, including four CAC commissions and two North American premieres. Activating the CAC and partner venues throughout the Greater Cincinnati area, TTT 2020 engages with crucial themes that speak to our contemporary time.

“This Time Tomorrow is a five-day fever dream of imagination, experimentation, urgency, and connectivity. The artists’ works serve as proposals of hope, or perhaps alarm, for our collective future, while also mining the past to acknowledge the pathway to this moment. Importantly, This Time Tomorrow is rooted in the ecosystem of which it exists, engaging with audiences and makers to celebrate both what is unique to the region, and shared with other cultural communities.

“With programs like This Time Tomorrow, the CAC is able to extend its presentation of the art and issues of our time beyond our galleries and into the performative realm. Through performance works that address topics central to our current collective consciousness, artists and the community can imaginatively map the future together,” said Raphaela Platow, the CAC’s Alice & Harris Weston Director and Chief Curator. “As we enter the second year of this initiative, it’s exciting to see how This Time Tomorrow has so quickly established itself as a cultural catalyst and convener, rallying artists, audiences, and partner organizations from around the city to partake in this week of creativity, dialogue, and cross-cultural exchange.”

Launched in 2019, This Time Tomorrow grew out of the CAC’s ongoing performance program, which presents full seasons of cross-disciplinary, boundary-pushing performances from artists across the world. Operating behind an ethos of exploration, experimentation, and collaboration, TTT brings a wide-ranging spread of vanguard projects and experiences to local audiences, igniting dialogue and provoking exploration within the city. The inaugural edition debuted with celebrated performances by artists including Rashaad Newsome, Tania El Khoury, and Daina Ashbee.

Building upon last year’s broad spectrum of programming, the 2020 edition of the festival presents new and recent work from a prolific roster of international artists working in a range of scales, disciplines, and themes. Major projects include:

•Regional premiere of the CAC-commissioned immersive performance This is a Formation, the latest in American choreographer duo jumatatu m. poe and Jermone “Donte” Beacham’s Let ‘im Move You series, which draws from J-Sette dance performance to confront conceived notions of black queered bodies in public assembly

•North American premiere of Collection of Artists, the CAC-commissioned third movement of Portuguese artist Raquel André’s Collection of People series, in which she tells the stories she’s collected from real interactions with artists around the world

A vital part of This Time Tomorrow is its ability to serve as a conduit for regional artists and audiences to share in dialogue with makers from around the world. To further mine the thematic elements found within the performance program, the CAC hosts the Goetta-Institut, a free discussion series that invites the public to engage in dialogue with artists and performers while convening around local cuisine. These gatherings continue in the evenings with the CAC’s late-night Hubs, also free to the public, with each night featuring a new live performance.

Tickets for This Time Tomorrow go on sale Monday, February 10 at 6pm at www.thistimetmrw.com.

Full program details, including information on Britni Bicknaver’s and Jay Bolotin’s CAC-commissioned projects, will be announced at a later date at www.thistimetmrw.com

Let ‘im Move You: This Is a Formation

Let ‘im Move You is a series of works choreographed by jumatatu m. poe and Jermone “Donte” Beacham that stem from poe’s seven-year research into J-Sette performance. Initial research for the series absorbed the artists’ curiosity about the performance of joy and the conundrum of Black joy.

The series began in the summer of 2013 while poe and Beacham were at a residency through Tanzrecherche NRW in Germany. The series currently consists of three live performance works and an installation.

This Is a Formation is the latest performance work in the series, bringing together a group of Black dancers for a multimedia work to be alternately performed in black-box/white-box spaces, and on sidewalks and in alleyways in neighborhoods. The audience travels within the performance space with relative freedom, sharing the same spaces as the performers. Live-captured video design elements will focus on hyper-close-up capture of the performers for display on hanging panels throughout the space. Compelled by J-Sette’s specific rules around formation and order, the new project confronts meanings, real and imaginary, of black queered bodies in public assembly.

Collection of Artists is a theatrical document that deals with individual artists, their practices and tools of trade, as well as their thoughts and biographies. When collecting artists, André navigates through reality and fiction, fantasy and impossibility, daily life and artistic life, seeking to collect the ephemeral and transform it by artistic and poetic means into something concrete and possible. For this project, Raquel “collected” artists from Bergen, Faro, Warsaw, Salzburg, Cincinnati, New York, Loulé, Berlin, Orléans, Lisbon, and Porto.

Initiated by Gabrielle Goliath in 2015, Elegy is a long-term commemorative performance project. Staged in various locations and contexts, each performance calls together a group of female vocal performers who collectively enact a ritual of mourning. Durational and physically taxing, the performance sustains a kind of sung cry—evoking the presence of an absent individual.

Responding to the physical, ontological, and structural outworkings of rape culture in South Africa, Elegy performances recall the identity of individuals whose subjectivities have been fundamentally violated—and who are, as such, all too easily consigned to a generic, all-encompassing victimhood. With each performance commemorating a specific woman or LGBTQI+ individual subjected to fatal acts of gendered and sexualized violence, significant to the work is how loss becomes a site for community, and for empathic, cross-cultural, and cross-national encounters. Seeking to work around the kinds of symbolic violence through which traumatized black and brown bodies are routinely objectified, Elegy performances open an alternative intersectional space, wherein mourning is presented as a social and politically productive work—not in the sense of ‘closure,’ but as a necessary and sustained irresolution.

Every society has upper and lower strata. For eight years, the Brazilian choreographer Alice Ripoll has been working with Cia REC, the group of dancers performing in aCORdo. As black people living in a favela, they are familiar with the Brazilian police’s methods of keeping the poor segment of the population away from the rich by means of control and intimidation.

The Portuguese word acordo can mean many things—it could be an agreement, for instance, or a wake-up call. In Ripoll’s spelling of the word, it also means “the color of.” But what agreement did the social majority make with those regarded as “of a different color”? Are they only seen as a living, breathing cliché, as potential criminals and as cheap labor—or also as people? The four dancers open up a space with their movements in which other types of encounters become possible, and in which our own reflexes and prejudices come to the surface. How does it feel to suddenly be face-to-face with those from whom we are otherwise “protected”? And why have we suddenly tightened our grip on our belongings?

Let ‘im Move You: This is A Formation Sponsors

In 2003, the CAC moved into the Lois & Richard Rosenthal Center for Contemporary Art, the first museum designed by architect Zaha Hadid and the first museum in the U.S. to be designed by a woman. Recent programming highlights include landmark exhibitions of work by Ugo Rondinone, Do Ho Suh, Titus Kaphar, Saya Woolfalk, Swoon, and Akram Zaatari, and the first solo museum presentations of artists such as Maria Lassnig, Shilpa Gupta, JR, Anri Sala, Michael Sailstorfer, Pia Camil, Albano Afonso, and Pamela Phatsimo Sunstrum. The CAC also launched an ongoing performance program in 2011, which is now accompanied by the This Time Tomorrow annual performance festival. Artists presented include Okwui Okpokwasili, Taylor Mac, Kaneza Schaal, and Tanya Tagaq, with North American premieres from international artists such as Kate McIntosh, Ingri Fiksdal, Mithkal Alzghair, and Raquel André. 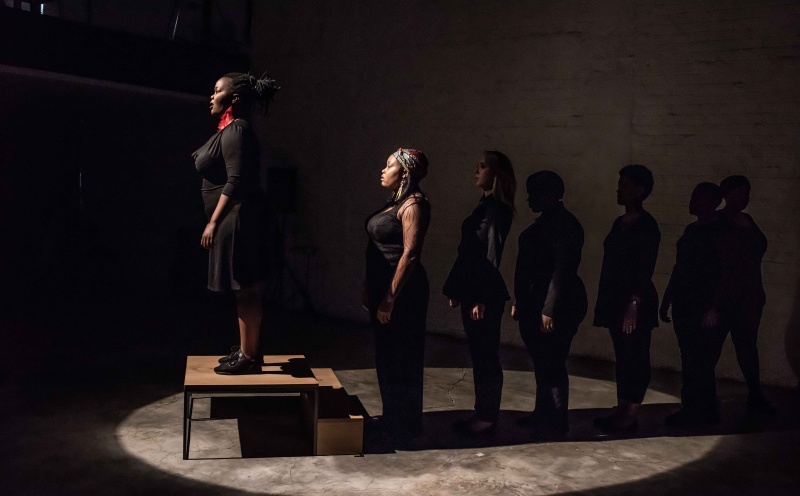