DAG announces the September 29 opening of the first of its three new spaces in India’s capital. The new gallery at The Claridges, New Delhi will launch with the inaugural exhibition, The Sixties Show. Spread over nearly 3800 square feet, the gallery is set to become the focal point for art and cultural aficionados in Delhi, building on DAG’s commitment to advancing appreciation of Indian art in India and internationally.

Exhibitions at The Claridges will be curated from the extensive DAG collection, which spans major movements, periods and geographies of art practice in India, and works by Indian artists overseas. The first of these exhibitions, The Sixties Show, part of a series, is aimed at drawing attention to the feverish pace of art practice in the 1960s, an important decade during which the pull of the Progressive Artists’ Group remained strong, Group 1890 was established, and experimentations in indigenous solutions became the norm.

Ashish Anand, Managing Director & CEO of DAG said, “In the quarter-plus century of its operations, DAG has played a significant role in developing robust infrastructure for Indian art with vigorous programming that is meant as much to educate art-lovers as to teach them art appreciation. We are delighted to be at The Claridges, New Delhi, with our constant aim of supporting artists and promoting high quality art. With our inaugural show—The Sixties Show—we revisit a momentous decade and provide a glimpse of the high tide of modern art at that time.”

The 1960s was a period of immense change around the world, and it had deep ramifications on India’s socio-political scenario. The country had left behind the jubilation of independence and was feeling the pinch of a nation grappling with issues of development that impacted society and environment.

The art establishment too found itself on the cusp of this change. Already, the revivalist Bengal ‘School’ had been reviled by later modernists, and the Progressive Artists’ Group was now being viewed as the ‘establishment’. J. Swaminathan’s Group 1890 was at the helm of establishing a fresh, indigenous approach to abstract art, and in distant Madras, a nativist art movement was taking root. The art produced in the 1960s was more ‘serious’ than that of a previous generation, its palette more nuanced, and its context more firmly rooted in the cultural moorings of the country.

The 1960s was, in every sense, a celebration of ingenuous solutions in art practice. It was a time when a growing number of talented artists began to exhibit in the country’s still nascent galleries. Their voice held the promise of a new art that was at once a divergence with what had gone before, but without being exclusionary of its experimental history. 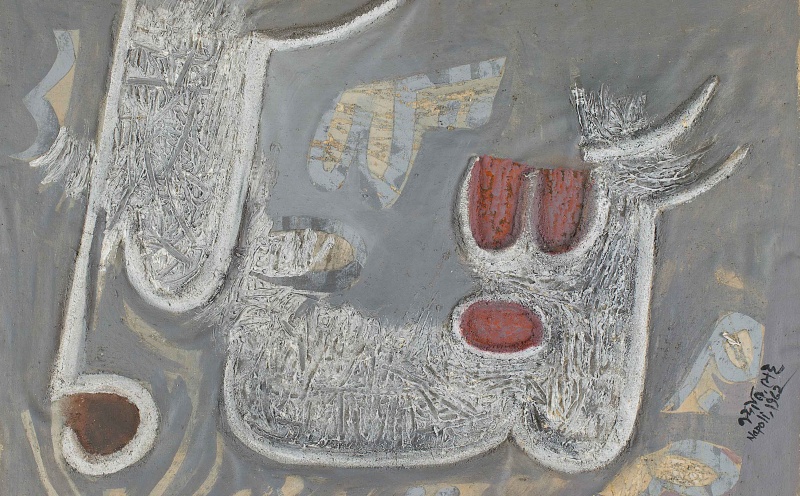