Dallas Museum of Art to Present First Major U.S. Retrospective Of the House of Dior in May 2019

Dior: From Paris to the World Will Celebrate More Than 70 Years of the French House’s Legacy and Influence

The Dallas Museum of Art (DMA) today announces that it will present Dior: From Paris to the World, an exhibition that debuted this month at the Denver Art Museum (DAM) and which surveys more than 70 years of the House of Dior’s legacy and global influence. On view in Dallas May 19 through September 1, 2019, the DMA is the only other US venue for this extensive and highly anticipated retrospective of the celebrated Haute Couture house.

The exhibition will feature a selection of more than a hundred haute couture dresses, as well as accessories, photographs, original sketches, runway videos and other archival material, and trace the history of the iconic haute couture fashion house. Dior: From Paris to the World also will profile its founder, Christian Dior, and subsequent artistic directors, including Yves Saint Laurent (1958–1960), Marc Bohan (1961–1989), Gianfranco Ferré (1989–1996), John Galliano (1997–2011), Raf Simons (2012–2015) and Maria Grazia Chiuri (2016–present), who have carried Dior’s vision into the 21st century.

Organized by DAM and curated by Florence Müller, the DAM’s Avenir Foundation Curator of Textile Art and Fashion, the exhibition is designed by Shohei Shigematsu, OMA Partner and Director of the global firm’s New York office. Sarah Schleuning, The Margot B. Perot Senior Curator of Decorative Arts and Design at the DMA, curates the Dallas presentation. Spanning more than seven decades, this retrospective will offer a new perspective on the fashion house’s legacy following the Paris exhibition at the Musée des Arts Décoratifs.

“The House of Dior has been a legendary force in fashion and visual culture for decades and continues to be an important influence that blurs the lines between fashion and art,” said Dr. Agustín Arteaga, the DMA’s Eugene McDermott Director. “Dallas has long recognized the artistic significance of Dior, most notably when in 1947, early in his career, Christian Dior traveled here to receive the Neiman Marcus Award for fashion. We are excited to welcome this innovative creative voice back to our city and to offer DMA audiences the opportunity to be inspired by the remarkable legacy of a global icon.”

Christian Dior generated a revolution in Paris and around the globe after World War II in 1947 with his New Look collection. Dior, the art gallerist who became a celebrated couturier, completely shed the masculine silhouette that had been established during the war, expressing modern femininity with his debut collection. Dior’s sophisticated designs, featuring soft shoulders, accentuated busts, nipped waists, and dancing corolla shaped skirts, were inspired by his passion for flowers. The result was elegant feminine contours that brought a breath of fresh air to the fashion world through luxurious swaths of fabrics, revolutionary design and lavish embroidery. This marked the beginning of an epic movement in fashion history that would eventually lead to Dior successfully becoming the first worldwide couture house.

The Museum will mount this major exhibition with loans from the esteemed Dior Héritage Collection, many of which have rarely been seen outside of Europe, with additional loans from major institutions. The presentation, showcasing pivotal themes in the House of Dior’s global history, will focus on how Christian Dior cemented his fashion house’s reputation within a decade and established the house worldwide—as well as highlight how his successors adeptly incorporated their own design aesthetic.

“The history and impact of The House of Dior is the result of a convergence of several artistic directors who have made visionary, yet distinct, contributions to the French haute couture house,” said Sarah Schleuning, The Margot B. Perot Senior Curator of Decorative Arts and Design at the DMA. “The exhibition takes audiences through more than seven decades of innovation, bringing together the most exciting, dynamic, and pivotal pieces.”

Visitors also will be able to capture the unique technique of the Dior ateliers in a dramatic visual display presenting a glimpse into this secret world, including sketches, toiles, and the intricate process of embroidery. The atelier represents the heart of the house where seamstresses work with Dior’s creative directors to collaboratively bring couture to life.

Dior: From Paris to the World is organized by the Denver Art Museum. The Dallas Museum of Art is supported, in part, by the generosity of DMA Members and donors, the citizens of Dallas through the City of Dallas Office of Cultural Affairs, and the Texas Commission on the Arts. Special individual and group exhibition tickets for Dior: From Paris to the World will be announced at a later date. 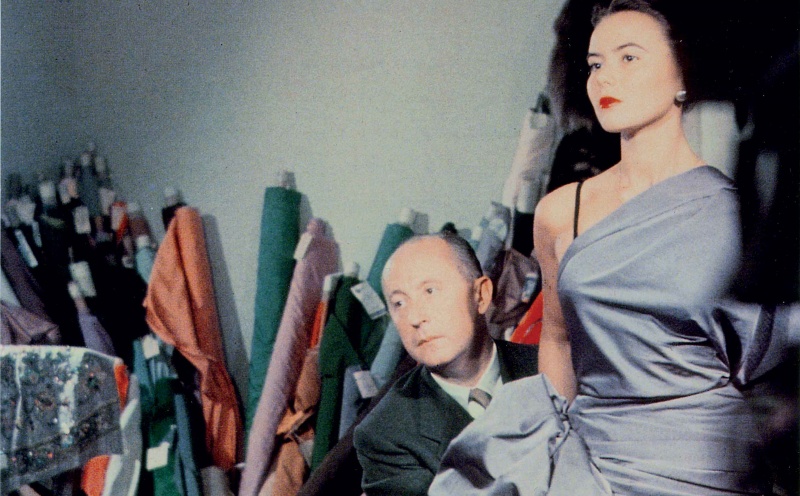