Appointment Follows Seventeen Years of Leadership at the DMA

Agustín Arteaga, The Eugene McDermott Director, today announced the promotion of Tamara Wootton Forsyth to Deputy Director of the Dallas Museum of Art (DMA). In her more than seventeen-year tenure at the DMA, Wootton Forsyth has played a crucial role in the realization of many of the DMA’s most exciting and innovative achievements. As the DMA commences a new strategic plan, Wootton Forsyth will work with Arteaga and the DMA’s senior staff to strengthen the Museum’s position both as an international leader in scholarly research, interpretation, and stewardship of its renowned collection and as a pioneer in public engagement. She will also partner with Arteaga to build a culture of innovation, collaboration, and experimentation at the DMA. Wootton Forsyth will oversee the departments that support the intellectual and creative content generated by DMA staff, as well as the facility and infrastructures that sustain it.

“Tamara is an incredible asset to the DMA. During her many years at the Museum, she has actively participated, making significant contributions in shaping our institution. Tamara is passionately dedicated to our mission, and she is an inspiring leader whom I admire greatly, and who is deeply respected among our staff. As I looked for someone to fill this important position, Tamara immediately emerged as the natural candidate. I am excited that the Deputy Director comes from inside the DMA, as it shows the quality and talent of the staff. I am happy to partner with Tamara to build upon the DMA’s history of leadership in the field and to forge new directions for the institution,” said Arteaga.

Among the milestone projects Wootton Forsyth has realized at the DMA are the construction and subsequent renovation of the Eagle Family Plaza, which expanded the DMA’s community and outdoor spaces, and, in 2013, the creation of the Museum’s signature Paintings Conservation Studio, part of the Museum’s initiative to establish a more comprehensive in-house conservation program. She was instrumental in the re-installation of the Arts of Africa gallery in 2015, which has enabled the Museum to develop original, thematic takes on the collection, and to display more works from its significant holdings of nearly 2,000 objects of African art. She was also involved in the DMA’s pioneering digitization initiative, which resulted in public online access to the entirety of the Museum’s collection.

For the past five years, Wootton Forsyth served as Associate Director of Collections, Exhibitions, and Facilities Management. In that role, she oversaw the care of the Museum’s extensive collection, comprising more than 24,000 works, including paintings, sculptures, works on paper, and installations, and the execution of the Museum’s ambitious exhibition and publication program. In addition, she directed the oversight and safety of the Museum facility and campus, in coordination with the City of Dallas, including management of the staffs from the Collections, Exhibitions, Publications, Facilities, Operations, and Security Teams.

Major exhibitions realized under her leadership include México 1900–1950: Diego Rivera, Frida Kahlo, José Clemente Orozco, and the Avant-Garde; Jackson Pollock: Blind Spots; Jim Hodges: Give More Than You Take; From the Sidewalk to the Catwalk: The Fashion World of Jean Paul Gaultier; Tutankhamun and the Golden Age of the Pharaohs; J. M. W. Turner; Van Gogh’s Sheaves of Wheat; and Matisse: Painter as Sculptor; as well as the DMA’s centennial exhibition and its accompanying publication. Other publications under her direction include the guide to the Museum’s collection and the award-winning works Eyes of the Ancestors: The Arts of Island Southeast Asia at the Dallas Museum of Art, Modernism in American Silver, and Ignite the Power of Art.

Established in 1903, the Dallas Museum of Art (DMA) is among the 10 largest art museums in the country and is distinguished by its commitment to research, innovation, and public engagement. At the heart of the Museum and its programs is its global collection, which encompasses more than 24,000 works and spans 5,000 years of history, representing a full range of world cultures. Located in the nation’s largest arts district, the Museum acts as a catalyst for community creativity, engaging people of all ages and backgrounds with a diverse spectrum of programming, from exhibitions and lectures to concerts, literary events, and dramatic and dance presentations. Since the Museum’s return to free general admission in 2013, the DMA has welcomed more than 3.2 million visitors. For more information, visit DMA.org. 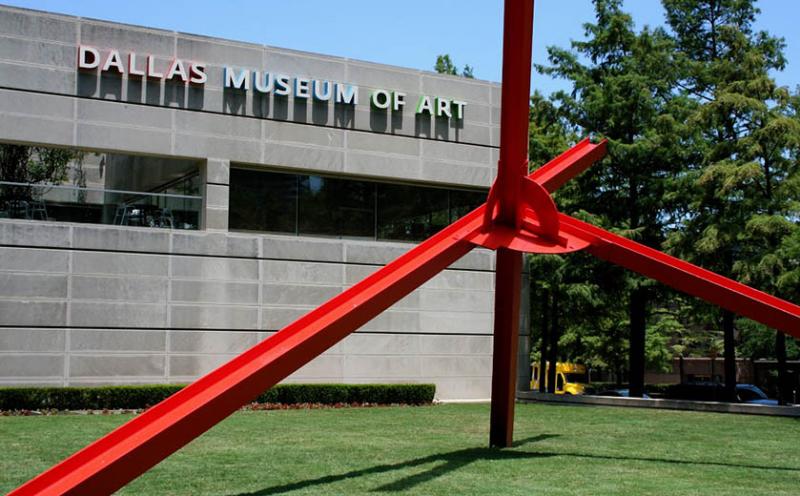