The Denver Art Museum (DAM) announced today that in October 2015 it will present a groundbreaking exhibition, Super Indian: Fritz Scholder, 1967–1980.

Featuring more than 40 rarely seen, monumental paintings and lithographs by the renowned 20th century artist Fritz Scholder (1937–2005), this exhibition is the first to explore how Scholder blended figurative and pop art influences to create colorful, compelling and revolutionary images. Influenced by abstract expressionists including Willem de Kooning and Franz Kline, as well as painters such as Francis Bacon, Francisco de Goya and Paul Gauguin, Fritz Scholder’s work was purely his own. His art reveals the raw reality of being an American Indian through the eyes—and palette—of an artist who once vowed never to paint Indians.

“Scholder claimed he was not an American Indian artist, but he was. He claimed his art was not political, but it certainly polarized the art world. For every position he took, he also explored the opposite perspective,” said John Lukavic, associate curator of Native Arts at the DAM and curator of Super Indian. “But this artist was first and foremost a colorist who used figurative art to test the limits of what paint can express.” 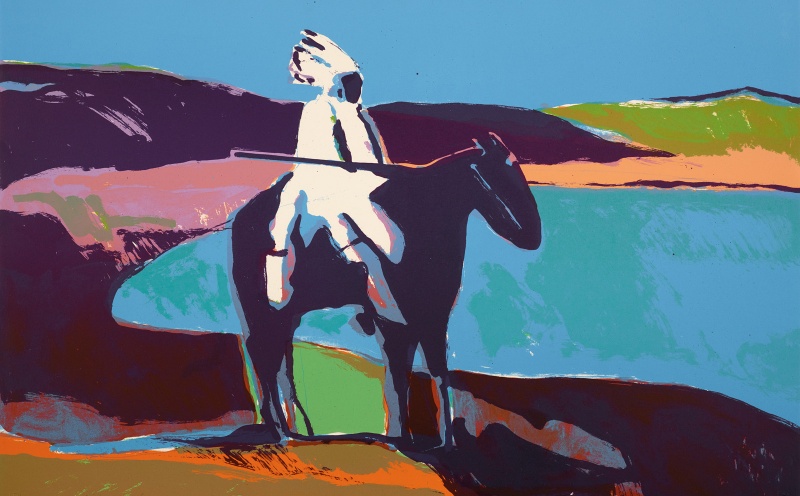