Exhibition to feature more than 70 abstract and conceptual artworks by renowned Colorado-based artist, including two recently acquired by DAM, responding to environment, community and experiences

The Denver Art Museum (DAM) will premiere the exhibition Senga Nengudi: Topologies in the U.S., following its presentation in Munich, Germany, and São Paulo, Brazil. Topologies is composed of more than 70 abstract and conceptual artworks by renowned Colorado-based artist Senga Nengudi, a prominent figure of the 1970s Black American avant-garde and Black Arts Movement. Organized by curator Stephanie Weber at Lenbachhaus in Munich, Germany, and curated locally by Rebecca Hart, Vicki and Kent Logan Curator of Modern and Contemporary Art at the DAM, the exhibition will be on display in the museum’s Gallagher Gallery on Level 1 of the Hamilton Building from Dec. 13, 2020, to April 11, 2021.

“We are excited to showcase world-renowned artist Senga Nengudi, who has more than three decades of ties to the state of Colorado,” said Christoph Heinrich, Frederick and Jan Mayer Director of the DAM. “Exploring the scope of Nengudi’s career—from her beginnings as a figure of the Black Arts Movement of the ’60s and ’70s to her experimental works of the 2000s—Topologies not only highlights the innovation of the artist’s practice but underscores the timely themes of race, identity and community that her work continues to address."

Nengudi, an artist who has always been fascinated with the concepts of collaboration, movement and improvisation, will have works on display that include performance art, sculpture, photography and mixed media that primarily utilize found objects such as pantyhose, rubber, foam, water, sand and machines. Her practice invites viewers to respond to her artworks that relate to the environment, community and events by connecting them to their own experiences.

Visitors can expect to see a 40-year span of Nengudi’s work through themes that represent the evolution of her artwork, reacting to a specific time and period of her life, and that she produced on both U.S. coasts, in Colorado and abroad.

“My art responds to being Black, being a woman and being of a certain age,” Nengudi said. “Artworks you’ll see on display represent someone who has had children, cared for her mother and experienced many of the things life has to offer.”

Nengudi’s early Water Composition series from the ’70s, produced in Los Angeles and later shown in Switzerland, was unexpected and radical. Composed of flat, clear, plastic geometric forms filled with colored water, these works explored ideas about shapeshifting and change. This concept guided her enduring and most well-known R.S.V.P. series, an interactive sculpture series she created for the public to respond to and which she generated throughout much of her career. In this series, Nengudi uses pantyhose and sand to make sculpture as a consideration of the elastic qualities of the human body. She has long incorporated performance into the R.S.V.P. series by integrating a dancer into the sculpture to activate the artworks through movement. Dance—which Nengudi studied at California State University, Los Angeles, and  Japanese culture, which she  studied at Waseda University, Tokyo—are important elements of Nengudi’s work, and inform her unique practice that combines dance and sculpture rooted in Japanese and African traditions.

Nengudi also took her work to the streets in Ceremony for Freeway Fets, a performance with artists David Hammons and Maren Hassinger, along with Studio Z artists Franklin Parker, RoHo and Joe Ray, who took on the role of musicians. During the ’70s and ’80s, Studio Z artists performed in and out of the studio, in abandoned locations and urban settings. Ceremony for Freeway Fets, which will be represented in the exhibition through photography, a digital slideshow and memorabilia, took place outside below Interstate 110 in the Los Angeles area, near the Santa Monica Freeway. It addressed the fraught relationship between men and women, as well as the subject of racial injustices experienced by Black Americans. It was intended to be a ritual performance to help the community heal.

“When I first came to the Denver Art Museum in 2015, I was urged to meet with Nengudi,” Hart said. “Not only did I follow her practice, but Senga and I became friends. Her art begins with bodily experiences that are transformed into material presence emerging as ‘thought experiments,’ as Senga calls them. The sculptures, photographs and performances expand both the limits and possibilities of the body, embracing a wider view of social and political norms. Her works are tangible, yet ephemeral; universal yet personal and also collaborative.”

In the 1970s, Nengudi frequently traveled between New York City and Los Angeles. It is in New York City that she also had her first solo exhibition at Linda Goode Bryant’s legendary Just Above Midtown Gallery (1974-1986), a space that allowed artists to push themselves without being constrained by the art market. Works on view in Topologies from Nengudi’s time living and working in New York City will include mixed media, photography and performative artworks.

Nengudi’s work in the 2000s is seasoned by her maturity and experience. During this period, she revisits her R.S.V.P. series and starts a conceptual and abstract A.C.Q. series, an acronym for air condition queen, which incorporates found objects such as discarded fans and air conditioner parts. Examples of both of these series will be on view in the exhibition.

Prior to Nengudi’s Topologies exhibition, her work was on view at the Venice Biennale in the Italian Pavilion (2017), where her A.C.Q. series was on display. A large portion of this installation is now part of the DAM’s modern and contemporary art collection. In 2017, her work also was on display in Soul of a Nation: Art in the Age of Black Power at the Tate Modern in London and We Wanted a Revolution: Black Radical Women, 1965-85 at the Brooklyn Museum in New York City. Nengudi’s work was last on view in the Mile High City at the Museum of Contemporary Art Denver in Senga Nengudi: Improvisational Gestures (2014).

In addition, the DAM recently acquired two of Nengudi’s artworks for the museum’s modern and contemporary art collection. The works include a photographic triptych titled Masked Taping and mixed media installation titled A.C.Q.I. Nengudi also will be a featured Logan Lecture series speaker at the DAM on Aug. 11, 2020, at 6 p.m. This series, now hosted online, focuses on highlighting important contemporary artists to engage audiences in stimulating conversations about their work.

Senga Nengudi: Topologies is organized by the Lenbachhaus Munich, in cooperation with the DAM. Concept and idea by Stephanie Weber, Lenbachhaus. Funding is provided by the donors to the Annual Fund Leadership Campaign, and the residents who support the Scientific and Cultural Facilities District (SCFD). Promotional support is provided by 5280 Magazine and CBS4. 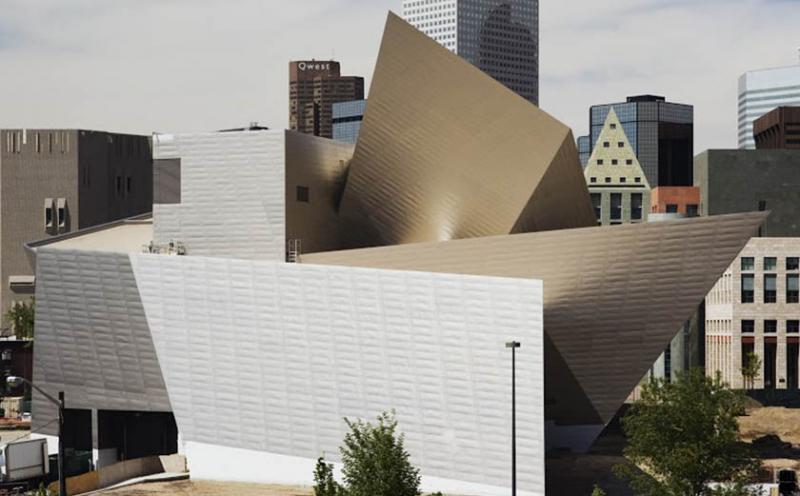