The Denver Art Museum (DAM) will be home to the most comprehensive U.S. exhibition of Monet paintings in more than two decades when it presents Claude Monet: The Truth of Nature, in the fall of 2019. The exhibition will feature more than 100 paintings spanning Monet’s entire career and will focus on the celebrated French impressionist artist’s enduring relationship with nature and his response to the varied and distinct places in which he worked. Co-organized by the DAM and the Museum Barberini in Potsdam, Germany, Denver will be the sole U.S. venue for this presentation from Oct. 20, 2019 through Feb. 2, 2020. The exhibition will travel to the Museum Barberini in the spring of 2020.

Monet traveled more extensively than any other impressionist artist in search of new motifs. His journeys to varied places including the rugged Normandy coast, the sunny Mediterranean, London, the Netherlands and Norway inspired artworks that will be featured in the presentation. The exhibition will uncover Monet’s continuous dialogue with nature and its places through a thematic and chronological arrangement, from the first examples of artworks still indebted to the landscape tradition to the revolutionary compositions and series of his late years. “We’re thrilled to organize and present this monumental exhibition, which will provide a new perspective on such a beloved artist,” said Christoph Heinrich, Frederick and Jan Mayer Director of the DAM. “Visitors will gain a better understanding of Monet’s creative process and how he distanced himself from conventions associated with the traditional landscape genre of painting.”

Drawn from major institutions and collections from across the globe, Claude Monet: The Truth of Nature will include works as early as View from Rouelles (Marunuma Art Park, Japan), the first painting Monet exhibited in 1858 when he was 18 years old, and as late as The House Seen through the Roses (Stedelijk Museum, Amsterdam), a 1926 work completed in Giverny only a few months before Monet’s death. Other highlights include the Boulevard des Capucines (1873-74) from The Nelson-Atkins Museum of Art, Under the Poplars (1887) from a private collection and Water Lilies and Japanese Bridge (1899) from the Princeton University Art Museum. The exhibition also will include six Monet paintings from the DAM collection; four of them were part of the Frederic C. Hamilton Collection bequest in 2014. Artworks by acknowledged mentors such as Eugène Boudin and Johan Barthold Jongkind, from whom Monet learned to capture the impression of fleeting moments en plein air, will also be featured.

The presentation of Claude Monet: The Truth of Nature will explore Monet’s continuous interest in capturing the quickly changing atmospheres, the reflective qualities of water and the effects of light, aspects that increasingly led him to work on multiple canvases at once. Additionally, the exhibition will examine the critical shift in Monet’s painting when he began to focus on series of the same subject, including artworks from his series of Haystacks, Poplars, Waterloo Bridge and Water Lilies.

“Throughout his career, Monet was indefatigable in his exploration of the different moods of nature, seeking to capture the spirit of a certain place and translating its truth onto the canvas,” said Angelica Daneo, curator of European painting and sculpture at the DAM. “Monet’s constant quest for new motifs shows the artist’s appreciation for nature’s ever-changing and mutable character, not only from place to place, but from moment to moment, a concept that increasingly became the focus of his art.”

Claude Monet: The Truth of Nature will also delve into the artist’s increasing abandonment of any human presence in the landscapes he created, a testimony to his commitment to isolate himself in nature. This creative process simultaneously established an intimacy with his subject, which culminated later in Giverny, where he created his own motif through meticulous planning, planting and nurturing of his flowers and plants, which he then translated onto the canvas.

This landmark exhibition, which will fill three galleries totaling about 20,000 square feet, is organized and curated by the DAM’s Angelica Daneo, Christoph Heinrich and Alexander Penn and Museum Barberini’s Director Ortrud Westheider. Major lenders include the Musée d'Orsay, Paris; Musée Marmottan Monet, Paris; Museum of Fine Arts, Boston; The Art Institute of Chicago and the Metropolitan Museum of Art, New York. A catalog accompanying the exhibition, and published by Prestel Publishing, will include essays by renowned scholars, including Marianne Mathieu, James Rubin, George T.M. Shackelford and Richard Thomson, among others. The publication will be available in The Shop at the Denver Art Museum and through the online shop. A related academic symposium will be held in Potsdam, Germany, in January 2019.

Group tickets and event reservations will go on sale December 17, 2018. Single ticket sales will be announced at a later date.

Claude Monet: The Truth of Nature is organized by the Denver Art Museum and the Museum Barberini, Potsdam. It is presented with generous support from the donors to the Annual Fund Leadership Campaign and the citizens who support the Scientific and Cultural Facilities District (SCFD). Promotional support is provided by 5280 Magazine, CBS4, Comcast Spotlight and The Denver Post. 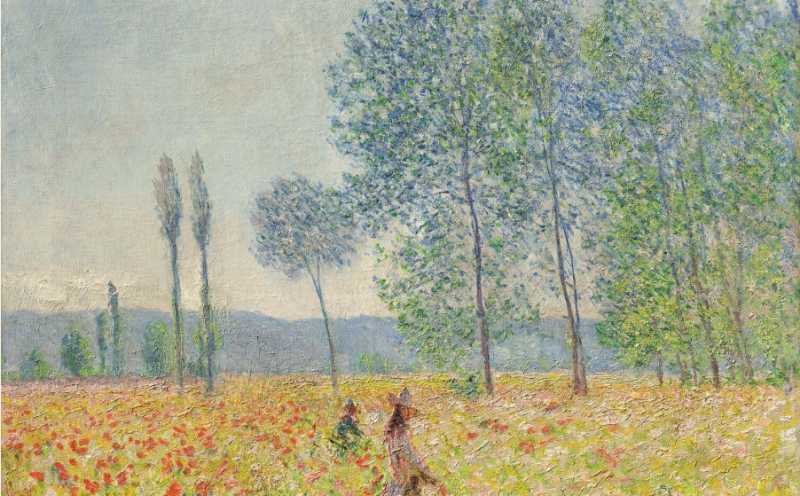