Dia Art Foundation will conduct important conservation work on Nancy Holt’s Sun Tunnels (1973–76), a pioneering work of Land art located in Utah’s Great Basin Desert. The conservation planned for 2019 is emblematic of Dia’s ethos of long-term support of extraordinary art projects whose scale exceeds the limits of traditional institutions. Scheduled to take place in early May 2019, this is the first major undertaking to conserve Sun Tunnels since Holt created the artwork in the 1970s.

Since its formation in 1974, Dia has had a legacy of longstanding support and stewardship of major earthworks. In 1977 Dia helped realize Walter De Maria’s The Lightning Field, which it now owns and maintains. In the late 1970s the foundation also provided initial funds for James Turrell’s Roden Crater (1977– ) near Flagstaff, Arizona, and has also supported Michael Heizer’s City (1972– ) in Nevada. In 1999 Dia acquired Robert Smithson’s Spiral Jetty (1970) as a gift from the estate of the artist, which was managed by Holt. Dia acquired Sun Tunnels with support from Holt/Smithson Foundation in March 2018 and subsequently staged a major exhibition of the artist’s early installations at Dia:Chelsea. The acquisition of Sun Tunnels represented the first work of Land art by a woman to enter Dia’s permanent collection, as part of an ongoing initiative to broaden Dia’s collection to tell a more comprehensive story of this art historical period.

Conservation work on Sun Tunnels will take place on-site over the course of ten days. Due to the artwork’s remote location, where it is exposed to extreme temperatures and weather conditions, the concrete used to construct the tunnels has sustained some cracking and erosion. Led by Rosa Lowinger, a team of specialized conservators will address these condition issues, ensuring the work’s long-term preservation.

“When Dia acquired Sun Tunnels in 2018, our priority was the caretaking of the artwork and the protection of Nancy Holt’s vision. With this in mind, it was imperative to make a thorough assessment of the condition of the work and ensure that any issues were addressed immediately. The conservation work we are now embarking on will secure this work for future generations, demonstrating Dia’s strong commitment to the preservation and stewardship of the Land art in our collection,” said Jessica Morgan, Dia’s Nathalie de Gunzburg Director. “These artworks each present unique and complex conservation issues, requiring vision and a deep understanding of the artists’ intentions to see these projects through. We are truly grateful to Friends of Heritage Preservation, Fady Jameel, and the David Schwartz Foundation for their generosity and leadership in supporting this effort.”

Beginning in the 1960s and stretching over five decades, Holt’s diverse and influential body of work incorporated concrete poetry, film, photography, video, room-sized installations, and large-scale public works. She shared ideas with a close circle of peers including Heizer, Joan Jonas, Richard Serra, Michelle Stuart, and Smithson—all of whom are also in Dia’s collection. Within this generation of artists, Holt articulated a singular approach to Land art, combining a sense of human scale with Postminimalist approaches to issues of site and perception.

Sun Tunnels is located on a remote 40-acre plot in Utah’s Great Basin Desert. Composed of four concrete cylinders that are 18 feet in length and 9 feet in diameter, the work is arranged on the desert floor in an “x” pattern. During the summer and winter solstices, the four tunnels align with the angles of the rising and setting sun. Each tunnel has a different configuration of holes, corresponding to stars in the constellations Capricorn, Columba, Draco, and Perseus. The small holes create negative spaces, allowing the sun to cast shadows inside the tunnels that trace the earth’s rotation. The work integrates Holt’s interest in perception and time—sculpting the sun’s light through the interplay of land and sky, and celestial shifts from day to night.

“Nancy Holt’s Sun Tunnels is landmark earthwork that is central to the future of art history. Through research and careful stewardship, Dia Art Foundation has a unique and incomparable commitment to the past, present, and future of Land art. This conservation of Sun Tunnels is emblematic of Dia’s undertaking to enable long-term and direct experience of artworks that have built the ground of art today. Our partnership with Dia is crucial for us at Holt/Smithson Foundation to achieve our mission, and we are immensely proud to work together to preserve Holt’s legacy for future generations,” said Lisa Le Feuvre, Holt/Smithson Foundation’s executive director.

Dia partners with the Center for Land Use Interpretation, Holt/Smithson Foundation, and the Utah Museum of Fine Arts at the University of Utah to further advocate for Sun Tunnels.

The conservation of Nancy Holt’s Sun Tunnels is made possible by generous support from Friends of Heritage Preservation. Additional support is provided by Fady Jameel and the David Schwartz Foundation, Inc. 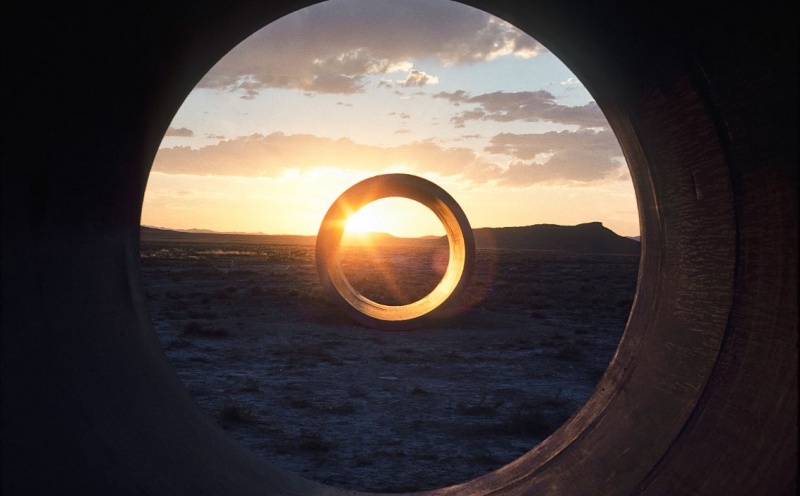