Plan Includes Upgrade and Expansion of Dia’s Programmatic Spaces in Chelsea and Beacon, Relaunch of its Soho Facility, and Renovation of Two Landmark Artist Installations

Jessica Morgan, the Nathalie de Gunzburg Director of Dia, today announced a comprehensive, multi-year campaign to advance Dia’s mission and program, including the upgrade, revitalization, and ongoing stewardship of its key programmatic spaces and artist sites. The plan encompasses the restoration, renovation, and expansion of Dia’s two principal gallery spaces in Chelsea and Beacon; the reactivation of one of its original programming spaces in Soho; the revitalization of two landmark installations by Walter De Maria, The New York Earth Room and The Broken Kilometer, which have been maintained by Dia since first installed in the 1970s; and the development of Dia’s endowment, supporting operations across all of its sites nationally and internationally.

This comprehensive initiative to strengthen the non-profit institution’s programming, resources, and facilities is being supported by a $78-million fundraising campaign. Dia has raised over $60 million towards its campaign goal to date, the majority of which will be invested in endowment, ensuring Dia’s vibrancy for generations to come. The balance of the funding will be directed to the upgrade and expansion of the facilities. Details on the design plans, created by Architecture Research Office (ARO), will be unveiled in the coming months.

Taking its name from the Greek word meaning “through,” Dia was established in 1974 with the mission to serve as a conduit for artists to realize ambitious new projects and for audiences to have unmediated and durational interactions with works of art. Since assuming directorship three years ago, Morgan has led a series of initiatives reaffirming and reinvigorating the nonprofit’s founding vision and principles. This has included the broadening of the collection to spotlight a more diverse and international mix of artists, the reopening of its gallery spaces in Chelsea, and the advancement of its exhibition program, including recent monographic presentations of Dorothea Rockburne, Mary Corse, Rita McBride, and Robert Ryman that foster a sustained consideration of a single artist’s work.

“Since our founding, Dia has been distinguished by its artist-centric approach, which has enabled the realization of complex installations and performances that would have been otherwise impossible to mount, due to their scale and duration. Our approach to architecture and the creation of our programmatic facilities, similarly, has been driven by artist need and has drawn upon the repurposing and activation of existing spaces,” said Morgan. “We are embarking on a new multi-year campaign that builds on this legacy. Through the renovation of our key sites and the building of resources to support our ongoing collection, programming, and operations, this multi-phase campaign will enable us to expand the vital role we play in the arts ecologies of New York, across the U.S., and internationally.”

“Dia’s programming and, in turn, the constellation of presentation spaces and sites we’ve created to support it, have arisen in response to the vision and needs of our artists,” said Nathalie de Gunzburg, Chairman of the Board of Trustees at Dia. “While our plan is appropriately modest in terms of architecture and edifice, it is highly ambitious in terms of providing us with the physical and financial resources we need to advance our mission of focusing on artwork, artist, and audience experience.”

Details of multi-faceted capital and fundraising project include:

• The renovation of Dia’s current spaces at West 22nd Street to create a unified, 32,500-square-foot facility, including 20,000 square feet of integrated, street-level exhibition and programming space across what is now three contiguous buildings. Designed by Architecture Research Office (ARO), the new, renovated Dia:Chelsea will present bodies of work by artists in its collection as well as new commissions and scholarly exhibitions, feature dedicated space for public programs and lectures, and will return Dia’s bookstore to Chelsea. The project will encompass critical structural and infrastructure upgrades and restoration of the exteriors and facades, preserving the architectural vocabulary of the original structures and the character of the neighborhood.

• The relaunch of Dia:Soho, encompassing a 2,500-square-foot gallery space at 77 Wooster Street, for artist projects, collection displays and exhibitions. One of Dia’s first galleries in New York City, the space will be reactivated for Dia programming and will serve as a critical hub for two adjacent artist sites in Soho—The New York Earth Room and The Broken Kilometer by Walter De Maria. The galleries housing these works, which were installed in 1977 and 1979 respectively, will be upgraded with new infrastructure and HVAC systems.

• The upgrade and expansion of the lower-level galleries at Dia:Beacon, adding 11,000 square feet of new exhibition space within the existing envelope of the building, as well as improving lighting and HVAC systems. The project will additionally include restoration of the exterior façade and landscaping of the exterior open land at the back of the building.

• The expansion of Dia’s endowment and operating funds, supporting its ongoing program of commissions and exhibitions across all of its sites as well as the care and conservation of its collection.

About Dia’s History and Sites

Dia’s founders Helen Winkler Fosdick, Heiner Friedrich and Fariha de Menil Friedrich (née Philippa de Menil) shared a visionary interest in extending the boundaries of the traditional museum to respond to the needs of a specific group of artists active in the 1960s and 1970s. Dia was established in 1974 as a vehicle through which these artists—Joseph Beuys, John Chamberlain, Walter De Maria, Dan Flavin, Donald Judd, Fred Sandback, and Andy Warhol, among others originally—could realize permanent or long-term installations that would have been otherwise impossible. Dia’s collection today features nearly 600 works by 48 artists. In addition, the nonprofit maintains major artist projects and site-specific installations throughout New York City and internationally, including Joseph Beuys’s 7000 Eichen in Chelsea, Robert Smithson’s Spiral Jetty (acquired in 1999) in Utah’s Great Salt Lake, Nancy Holt’s Sun Tunnels (acquired in 2018) in the Great Basin Desert in northwestern Utah, and De Maria’s The Vertical Earth Kilometer in Kassel, Germany.

Dia’s first programmatic spaces opened in the 1970s in the heart of Soho at 77 and 141 Wooster Street and 393 West Broadway. In 1987, Dia moved into an expanded facility in a former warehouse in Chelsea, at 548 West 22nd Street, where it was the anchor nonprofit arts organization in a neighborhood that later underwent rapid change with an influx of commercial gallery spaces over the next two decades. Dia’s original Soho spaces and the transformation of the Chelsea warehouse by architect Richard Gluckman pioneered the practice of converting industrial spaces for the installation of contemporary art, one which the nonprofit has continued to embrace through its history and which has since been adopted by galleries and museums internationally.

Under Director Michael Govan, Dia expanded its programming spaces outside of New York City with the launch of Dia:Beacon in 2003, providing the institution with 220,000 square feet of gallery space in a 300,000 square foot facility for the presentation of its permanent collection, featuring large-scale works and installations by Dan Flavin and John Chamberlain that had been long in storage as well as newly acquired works by Agnes Martin, Richard Serra, On Kawara and others. The conversion of the former Nabisco printing plant was overseen by artist Robert Irwin, in collaboration with OpenOffice architects. Dia subsequently closed its galleries in Chelsea in 2004.

The next decade included a series of planned expansions, never realized, for New York City, including a proposal of a new space in downtown Manhattan in 2005 and a separate plan for a three-story building on West 22nd Street in 2012. Jessica Morgan became director in 2015 and relaunched Dia’s presence in New York City through a series of exhibitions and programs that reactivated three properties already owned by Dia at 535, 541 and 545 West 22nd Street. 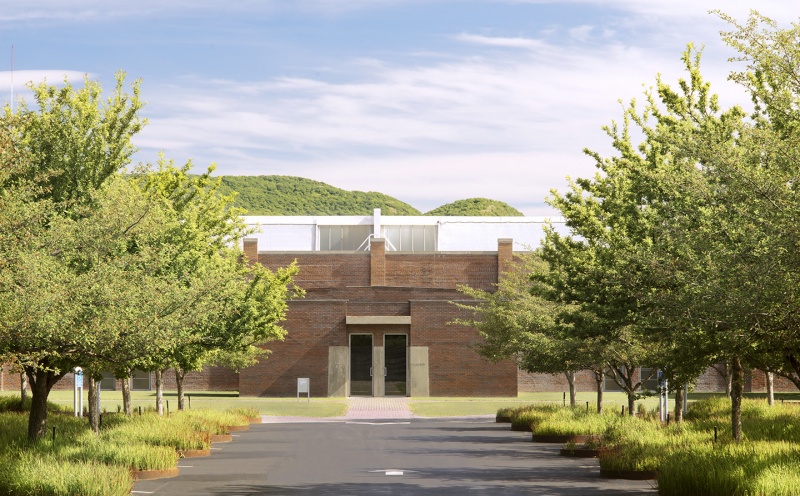