Exhibition Traces Nature as Artistic Inspiration Across the Middle Ages

DMA to Mount Exclusive U.S. Presentation of Art and Nature in the Middle Ages

This December, the Dallas Museum of Art will present a major exhibition illustrating the evolution of representations of nature across six centuries of medieval European art. The DMA is the exclusive U.S. venue for Art and Nature in the Middle Ages, which is composed of more than 100 extraordinary objects reflecting the wide range of styles, techniques and iconography that flourished during this period. Organized by the Musée de Cluny, musée national du Moyen Âge, Paris, and featuring works rarely before exhibited in the United States,the exhibition will be on view from December 4, 2016, through March 19, 2017.

“The Dallas Museum of Art has the remarkable opportunity to present this exceptional collection from the Musée de Cluny for the first time in the United States,” said Agustín Arteaga, The Eugene McDermott Director of the DMA. “We look forward to introducing both local and national audiences to rarely seen works of art, and to a distinct vision of nature developed by medieval artists in Western Europe, which still resonates today.”

Spanning the 12th to early 16th centuries, Art and Nature in the Middle Ages explores the diverse modes of expression and variety of representations of nature in medieval art, whether plant or animal, sacred or profane, real or imagined, highlighting its continuities and changes. The featured works of art emphasize the fundamental bond between humans and nature, and nature’s constant presence in the immediate environment and spiritual life of men and women in the Middle Ages.

As techniques developed and changed over time, so too did artistic depictions of the natural world. Art and Nature in the Middle Ages will trace the evolution of the treatment of flora and fauna, from the decorative stylization that prevailed during the Romanesque period to a more naturalistic approach based on close observation that characterized the Gothic. The exhibition will also highlight the legacy of ancient traditions, the role played by the great European migrations that occurred between the 5th and 7th centuries, and the influence of Islamic and Eastern art forms on medieval artisans, who were quick to adapt and invent.

Encompassing both fine and decorative art objects made for religious and everyday purposes, the DMA’s presentation will feature a wide array of media, including stained glass, precious metals and gemstones, enamel, marble, terracotta and faience ceramics, textiles and tapestries, and illuminated manuscripts. Among the notable works are rare textiles, such as a scene of chivalryfrom The Seigniorial Life tapestry cycle (c. 1500), and enamelwork, including the Reliquary of St. Francis of Assisi (after 1228), in addition to stained glass panels with white rose and maple leaf decorations from the Rhine Valley (c. 1330) and an aquamanile (water jug) in the form of a unicorn (c. 1400).

“We are fortunate to be able to share these outstanding examples of medieval artistry from the collection of the Musée de Cluny with audiences in the U.S. for the first time,” said Nicole R. Myers, The Lillian and James H. Clark Curator of European Painting and Sculpture. “Visitors will have the chance to experience the diverse modes of artistic expression that flourished in Western Europe during this period, as well as gain insight into the incredible inspiration that artists drew from the natural world, both lived and imagined.”

Accompanying the exhibition is a Spanish-language booklet featuring the exhibition text available for individuals to use during their visit to Art and Nature in the Middle Ages. This booklet is the first initiative implemented by Dr. Arteaga to include multilingual materials across a variety of formats in DMA exhibitions, with a goal of moving this approach to all of the Museum’s collection galleries.

The Museum will celebrate Art and Nature in the Middle Ages during the January 20 Late Night with an evening featuring music, talks, films, and more inspired by the Middle Ages including a talk with Dr. Danielle Joyner, Visiting Assistant Professor in Art History with Southern Methodist University, exploring the art and beauty of Medieval manuscripts. The Museum’s March Late Night on Friday, March 17, will also feature programs tied to the exhibition including a Late Night Talk with Cal Poly Pomona professor Dr. Melissa Arron entitled “Fantastic Beasts: Harry Potter and the Medieval Bestiary.” Additional programs, including gallery talks, will be scheduled throughout the run of the exhibition. For dates, prices, and details, visit DMA.org.

Art and Nature in the Middle Ages is made possible through generous loans from the collection of Musée de Cluny, musée national du Moyen Âge in Paris. The Dallas presentation is curated by Nicole R. Myers, The Lillian and James H. Clark Curator of European Painting and Sculpture. The exhibition is presented by Texas Instruments. Additional support is provided by the Marguerite and Robert Hoffman Operating Fund and the Robert Lehman Foundation. Art and Nature in the Middle Agesrequires a special exhibition ticket of $16 for adults, with discounts for students, military personnel and seniors; DMA Members and children 11 and under are free.

The exhibition is accompanied by an illustrated catalogue, published by the Dallas Museum of Art and distributed by Yale University Press, edited by Nicole R. Myers, with contributions by Michel Pastoureau, Elisabeth Taburet-Delahaye and Michel Zink. The catalogue features thematic essays on the concept of nature in the medieval world and a fully illustrated checklist. The book will be for sale in the DMA Store and online.

Established in 1903, the Dallas Museum of Art (DMA) is among the 10 largest art museums in the country and is distinguished by its commitment to research, innovation and public engagement. At the heart of the Museum and its programs is its global collection, which encompasses more than 23,000 works and spans 5,000 years of history, representing a full range of world cultures. Located in the nation’s largest arts district, the Museum welcomes over 650,000 visitors annually and acts as a catalyst for community creativity, engaging people of all ages and backgrounds with a diverse spectrum of programming, from exhibitions and lectures to concerts, literary events, and dramatic and dance presentations. Since the Museum’s return to free general admission in 2013, the DMA has welcomed more than two and a half million visitors. For more information, visit DMA.org. 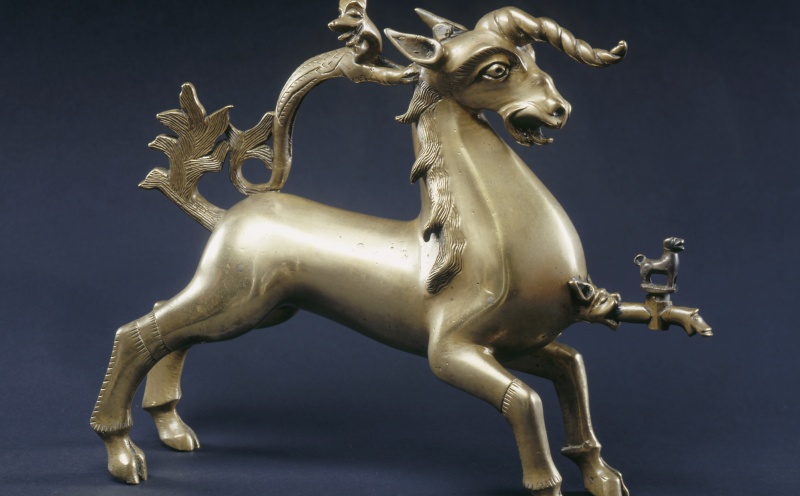