Mel Kendrick: Seeing Things in Things, the first retrospective dedicated to the artist’s work, will be on view at the Addison Gallery of American Art from April 10 to October 3, 2021. The exhibition features more than sixty sculptures—including two outdoor installations commissioned by the Addison—alongside sculptural “sketches,” prints, and photographs spanning the artist’s decades-long career and tracing the evolution of his practice. Mel Kendrick: Seeing Things in Things is currently scheduled to travel to the Parrish Art Museum in 2022.

One of America’s preeminent living sculptors, Mel Kendrick has been interrogating the nature of the medium since the 1970s. This retrospective documents Kendrick’s sustained and inventive exploration of process, medium, material, and meaning. Guided by the essential properties of wood, rubber, and concrete, Kendrick invites viewers to meditate on the relationships between representation and abstraction, sculpture and body, organic and synthetic, and natural and manmade.

“This is a long-overdue opportunity to examine the career of one of the boldest and most consistently adventurous artists of his generation,” said Allison Kemmerer, the exhibition’s curator and interim director of the Addison Gallery of American Art, Mead Curator of Photography, and senior curator of contemporary art. “Products of a simultaneously analytical and intuitive process, his works are visual puzzles that reward the patient and curious. For decades, Kendrick’s works have been asking us to look more closely—both at the objects themselves and the world that inspired their creation.”

Kendrick, who is an alumnus of Phillips Academy, trained under Minimalist pioneers Robert Morris and Tony Smith, paving the way for him to eschew illusionism in favor of works that probe their own function and meaning. His pieces reveal the processes by which they were made, encouraging viewers to engage with the same questions Kendrick posed when sculpting his works.

A catalogue—co-published with and distributed by Rizzoli Electa—will accompany the exhibition, featuring an essay by independent scholar Nancy Princenthal providing an overview of Kendrick’s work and its evolution. A series of focused writings by other scholars address various facets of Kendrick’s oeuvre: Kemmerer addresses the artist’s little-known photographs; Adam Weinberg, Alice Pratt Brown Director of the Whitney Museum of American Art (who first worked with Kendrick at the Addison in 2002), contributes an essay on the relationship between Kendrick’s prints and sculpture; Terrie Sultan, prior director of the Parrish Art Museum, offers an in-depth analysis of one of the artist’s watershed black oil sculptures; and Carroll Dunham, artist and Kendrick’s Phillips Academy classmate, contributes an interview with Kendrick. 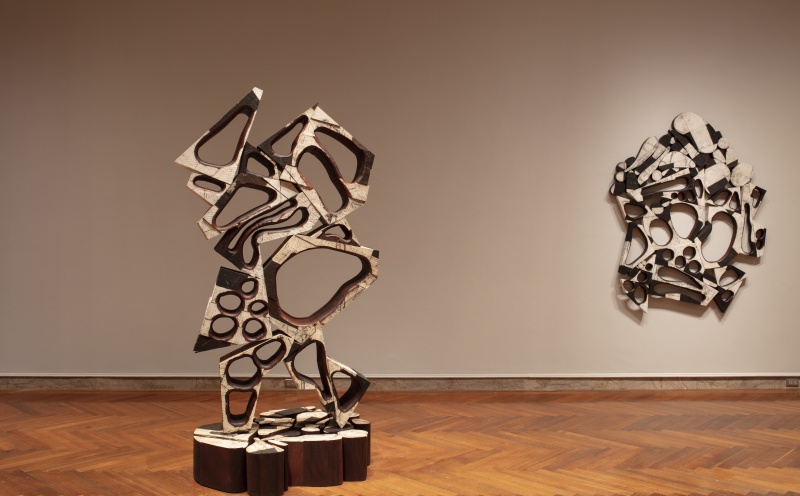