Helgi Tomasson to Conclude Tenure as Artistic Director by Mid-2022, Marking Decades of Innovation and Leadership at San Francisco Ballet

Helgi Tomasson today announced that he will be concluding his tenure as Artistic Director and Principal Choreographer of San Francisco Ballet (SF Ballet) by mid-2022, following nearly four decades of creative leadership. As SF Ballet embarks on its first digital season, Tomasson will continue to actively lead the Company and work with the Board of Trustees and Ballet leadership to help implement a multi-phased plan ensuring the smooth transition to the next Artistic Director. Tomasson will begin programming the Company’s 2022 season featuring highlights from his tenure as well as newly choreographed works. Over the coming months, he will be prioritizing the Company’s safe return to in-person performances and will continue to work in collaboration with the Board and Ballet leadership to support the ongoing development of initiatives that foster diversity within the Company, School, and the constituents they serve. He additionally will continue planning for the 2023 new works festival.

The Board of Trustees will be forming a committee to launch an international search for Tomasson’s successor in the coming months. The transition of leadership is anticipated to conclude by June 2022.

“The unprecedented challenges we faced as individuals and as a community during 2020 only served to reconfirm for me the power of dance as a form of artistic expression, connection, and humanity. Over the past ten months, we had to innovate and completely reconceive how to bring dance to our audiences, since they could not come to us. Looking to the 2022 season, my aim is to build on these achievements and to bring the Company back to the stage for live performances,” stated Tomasson. “Despite or perhaps because of the year we all lived through together, the Company has never been stronger than it is today. As we look ahead into the new year, the timing felt right to begin a transition to a new Artistic Director, who will build on this legacy and lead the Company into its next chapter.”

“Helgi is a visionary whose creativity, brilliance, and stewardship of the Ballet is reflected both in the caliber of the Company’s work, as well as in the thoughtful transition plan that he helped conceive to support the organization’s ongoing vitality,” said Sunnie Evers, Co-Chair of the SF Ballet Board. Added Co-Chair Robert G. Shaw, “The San Francisco Ballet has played an integral role in the cultural landscape of its hometown and the dance world more broadly for nearly 90 years, and Helgi’s steadfast leadership has served to deepen these roots and extend these connections exponentially. His enduring commitment to supporting new talent, ideas, and the dancers themselves has made the Company the most vibrant it has ever been.”

Since becoming Artistic Director of SF Ballet in 1985, Tomasson has been heralded for balancing an embrace of classical ballet with a drive for innovation and artistic creativity. Tomasson has choreographed over 50 ballets, mounted and commissioned new work, and conceptualized several acclaimed festivals providing platforms for overlooked and emerging talent, including the heralded 2018 Unbound Festival. Under Tomasson’s leadership, SF Ballet achieved recognition as one the most preeminent companies in the world and developed an internationally acclaimed school, cultivating the next generation of ballet dancers.

Following the curtailment of the season in March 2020 due to the pandemic, Tomasson, Executive Director Kelly Tweeddale, and the SF Ballet Board placed priority not only on keeping the artistic team whole, but also on finding ways to safely bring the Company and upper levels of SF Ballet School back to the studios. The organization also deepened its diversity and inclusion efforts, including developing an IDEA Committee on its Board and an Inclusion Advisory Group to represent various employee groups, in conjunction with staffing its HR department and bringing in a respected expert specializing in the cultural and organizational integration of diversity and inclusion. With the perspective of these groups and voices representing all parts of the organization, SF Ballet has been setting priorities and strategies for advancing IDEA initiatives, including diversifying artistic talent, staff, and programming, and building a pipeline of young BIPOC dancers through the Ballet School.

Under Tomasson’s direction, 2020 saw the creation of new work, including the premier of a six-minute outdoor film Dance of Dreams directed by Benjamin Millepied and choreographed by Justin Peck, Dwight Rhoden, Janie Taylor and Christopher Wheeldon. Tomasson additionally led the reconceptualization of the entire 2021 Season to meet the demand of a digital-only platform, with world premieres planned by Cathy Marston, Danielle Rowe, and Myles Thatcher conceived for film; three story ballets including George Balanchine’s A Midsummer Night’s Dream, which had only one performance before the city-wide shut down; Tomasson’s Romeo & Juliet and Tomasson’s Swan Lake with enhanced content; and Balanchine’s Jewels with a newly filmed version of Emeralds. SF Ballet will celebrate the Company’s achievements in its first Virtual Gala and Performance on January 14, 2021, including excerpts of these world premieres and from a new work that Tomasson is creating for 2022. Tomasson’s impact and legacy will be honored during the 2022 Gala.

Added Tweeddale, “San Francisco Ballet’s mission is to share a joy of dance with the widest possible audience, both locally and around the world, and to provide the highest caliber of dance training. I joined SF Ballet fifteen months ago with the opportunity to work with Helgi and the incredible legacy he has built. What became immediately clear was his reach throughout the international world of ballet and his connection with keeping the Company in the creative mode. It is an honor to be able to continue to work with Helgi to steward the Company forward and build upon his unparalleled artistic achievements.”

One of the most venerated classical dancers of his generation, Helgi Tomasson danced with Harkness Ballet, The Joffrey Ballet, and New York City Ballet, where he distinguished himself as a dancer of technical purity, musicality, and intelligence, before assuming artistic leadership of San Francisco Ballet in 1985. Under his direction, SF Ballet has become a company widely recognized as one of the finest in the world. Tomasson has balanced devotion to the classics with an emphasis on new works, cultivating frequent collaborations and commissions with choreographers such as William Forsythe, Christopher Wheeldon, Alexei Ratmansky, Trey McIntyre, Cathy Marston, and Mark Morris, among many others. He has choreographed more than 50 works for the Company, including full-length productions of Swan Lake, The Sleeping Beauty, Romeo & Juliet (taped for Lincoln Center at the Movies’ Great American Dance), Giselle, and The Nutcracker (taped for PBS’s Great Performances).

He conceptualized the 1995 UNited We Dance festival, in which SF Ballet hosted 12 international companies; the 2008 New Works Festival, which included 10 world premieres by 10 acclaimed choreographers; and 2018 Unbound: A Festival of New Works. Tomasson has also connected SF Ballet to the world, through co-commissions with American Ballet Theatre, The Royal Ballet, and Dutch National Ballet; and major tours to Paris, London, New York City, China, and his native Iceland. In 2020, Tomasson was nominated to receive the San Francisco Arts Medallion, created by the Museum of Performance + Design to recognize those individuals whose leadership, action, and generosity have benefited the cultural life of the San Francisco Bay Area. The medal will be officially bestowed when in-person events can resume.

San Francisco Ballet, long recognized for pushing boundaries in dance, has enjoyed a long and rich tradition of artistic “firsts” since its founding in 1933, including performing the first American productions of Swan Lake and The Nutcracker, as well as the first 20th-century American Coppélia. SF Ballet is one of the three largest ballet companies in the United States and currently presents more than 100 performances annually, both locally and internationally. The mission of SF Ballet is to share its joy of dance with the widest possible audience—in its community and worldwide—and to provide the highest caliber of dance training in its School. Under the direction of Helgi Tomasson, the Company has achieved an international reputation as one of the preeminent ballet companies in the world. 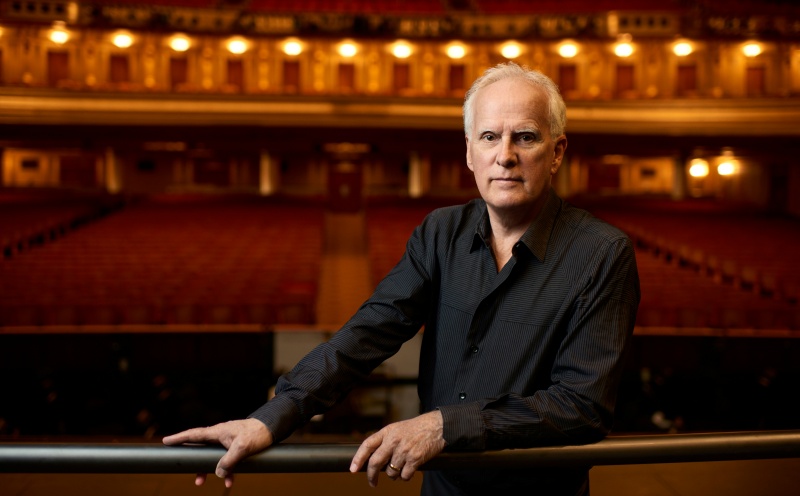