The High Museum of Art will present “Paul Graham: The Whiteness of the Whale” (June 24 through Oct. 22, 2017), the first major museum exhibition in the Southeast for the British photographer. Organized by Pier 24 Photography in San Francisco, the exhibition brings together three of Graham’s most celebrated bodies of work, which he made in the United States over more than a decade: “American Night” (1998–2002), “a shimmer of possibility” (2004–2006) and “The Present” (2009–2011).

The nearly 40 photographs in the exhibition are tied together by themes of racial and social inequality, the texture of everyday life in America and the nature of sight, perception and photography itself. The works range from singular, large-scale photographs to sequences of up to 15 images.

Focusing on the people and built environments of the United States led Graham to examine how the imperfect, inconsistent nature of sight could be a metaphor for current socioeconomic conditions. He employs innovative solutions to the challenges of photographing life as it is, creating works that represent the social fabric of contemporary America and reflect broader experiences of being and seeing in the world today. Together, this informal trilogy interrogates the process and politics of looking while challenging photography’s conventional role in addressing social issues.

“American identity and experience are constantly evolving. Graham’s photographs speak to that fluidity and challenge audiences to look with increased intensity at the people, places and things they encounter in their everyday lives,” said Gregory Harris, the High’s assistant curator of photography. “Documentary photography is a major strength of our collection, and we are excited to share Graham’s fresh perspective and approach to the genre with our visitors through this special exhibition.” “American Night,” the first body of work Graham created in the United States, chronicles his initial impressions of the country and its socioeconomic divisions. Captured in locales from coast to coast, the images underscore the pervasiveness of inequality nationwide and allude to society’s blindness to class divides. Nearly invisible, overexposed images of working-class neighborhoods from Atlanta to Detroit are presented in stark contrast to intensely saturated color photographs of immaculate suburban California homes and dark, cinematic pictures of inner-city blight in New York. The incongruent views emphasize disparities in wealth and opportunity in America and encourage the viewer to confront these deep-rooted social conditions.

Graham’s “a shimmer of possibility” features scenes of everyday life in major cities across the country, focusing on small and seemingly inconsequential moments, such as waiting for the bus or cutting the grass. Rather than striving for single, decisive images of the people and places he encountered on his journeys, Graham captured numerous views of a particular person or location. Presented together, the shifting sequences of photographs offer an interwoven account of American life that seems to span race and class as well as time and place.

“The Present” recalls the tradition of New York street photography, capturing Manhattan’s frenetic energy. To create the photographs, Graham adjusted his camera’s focus across brief fractions of time as scenes evolved in front of him. The shifts in attention between people and places in the photographs mimic how we experience the world and encourage the viewer to see the connections between the subjects’ disparate lives. Tragedy, comedy, dignity and sadness weave together in this series to reveal the fabric of city life.

Over the past three decades, Graham (British, born 1956) has traveled widely, producing 13 distinct bodies of work. He has published a dedicated monograph for nearly every series, most famously for “a shimmer of possibility,” which received the 2011 Paris Photo Book Prize for the most important photography book published in the past 15 years. Graham has been the subject of more than 80 solo exhibitions worldwide. The “Plateau of Humankind” exhibition at the 49th Venice Biennale (2001) featured photographs from his “Paintings” series. He exhibited “American Night” at MoMA PS1 in 2003 and “a shimmer of possibility” at The Museum of Modern Art in 2009. The Museum of Folkwang, Essen, and the Whitechapel Gallery in London mounted “Paul Graham: Photographs 1981–2006,” a 25-year survey of his work, in 2011. Graham is the recipient of numerous honors and awards, including the 2009 Deutsche Börse Photography Prize and the 2012 Hasselblad Foundation International Award, considered photography’s highest honor. He is currently based in New York.

In conjunction with “Paul Graham: The Whiteness of the Whale,” MACK (London) has published a 240-page hardcover monograph dedicated to the three bodies of work in the exhibition that features texts by David Chandler and Stanley Wolukau-Wanambwa. 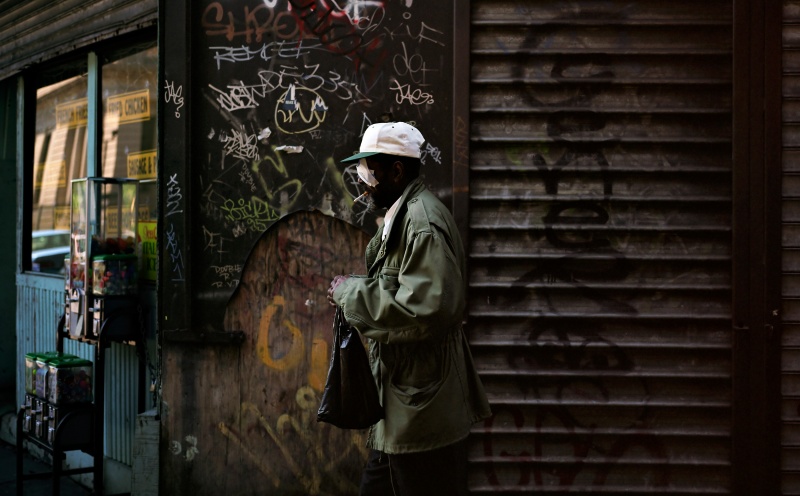