Richmond, VA – December 14, 2017 – The Institute for Contemporary Art (ICA) at Virginia Commonwealth University (VCU) today announced the promotion of Amber Esseiva to Assistant Curator and the appointment of Enjoli Moon to the newly created position of Adjunct Assistant Curator of Film. Both Esseiva and Moon will work alongside ICA Director Lisa Freiman, Chief Curator Stephanie Smith, and Curator of Education and Engagement Johanna Plummer to advance the institution’s mission to present the art of our time and provide an open forum for dialogue and collaboration across the region and throughout the world. In their respective curatorial roles, Esseiva and Moon will contribute to a dynamic slate of exhibitions, performances, films, and interdisciplinary programs.

Esseiva has served as the ICA’s Curatorial Assistant since 2016 and has been integrally involved with the ICA’s inaugural program. She assumes her new role effective immediately. Moon, who is the founder and creative director for Richmond’s Afrikana Independent Film Festival, which celebrates the works of artists in the African diaspora, will join the ICA team in January 2018. She will continue to run Afrikana as an independent project.

“We are thrilled to have Amber and Enjoli as part of our curatorial team,” said Chief Curator Stephanie Smith. “Both are dynamic, ambitious, and deeply collaborative thinkers who are poised to make major contributions to their fields. Amber has been an instrumental partner in our first exhibition, Declaration, continues to develop a strong voice advocating for emerging artists, and is an integral member of Richmond’s vibrant local art scenes and VCUArts. We are excited to see her curatorial vision realized beyond the opening. Enjoli’s entrepreneurial curatorial practice brought Richmond a new but already beloved cultural forum, the Afrikana Independent Film Festival. We look forward to her continued stewardship of that independent initiative and the creation of new film-based programming at the ICA, using our new institution as a platform to convene conversation around the art and issues of our times.”

“I am eager to continue supporting a dynamic, ethical, and current programmatic vision for the ICA that is informed by my global and local relationships and grounded in my commitment to supporting young artists,” says Amber Esseiva on her promotion from Curatorial Assistant to her new role as Assistant Curator. “The opportunity to collaborate with our incredible staff to open a world class institution is a once-in-a-lifetime opportunity. I am delighted to assume my new and expanded role.”

“As a Richmond native, I am elated to join the curatorial team and to craft a film program that extends the reach of the ICA’s other programs, while continuing to showcase the work of filmmakers of color both locally and on the international stage the ICA provides,” says Enjoli Moon, the newly appointed adjunct Assistant Curator of Film. “To be on the ground floor of building the ICA, an institution that will contribute to the city of Richmond’s cultural landscape invaluably, is an incredible opportunity.”

About the Institute for Contemporary Art

The Institute for Contemporary Art (ICA) at Virginia Commonwealth University (VCU) is a new, non-collecting contemporary art institution that will open in Richmond on April 21, 2018, at the city’s historic Belvidere and Broad intersection. The ICA will provide a striking new gateway for the city, with dual entrances opening to the city’s arts district on one side and VCU’s Monroe Park campus on the other. The Markel Center, home of the ICA, will be a significant new cultural resource for Richmond and VCU, in direct dialogue with VCU School of the Arts, the #1-ranked public school of art and design in the U.S. The ICA’s fluid design and flexible programming spaces support the diverse practices characteristic of the art of today, mirroring VCU’s interdisciplinary approach and supporting the varied needs of contemporary art and audiences. The ICA recently announced the completion of its capital campaign and launch of its endowment campaign to ensure the sustained growth of the new institution.

The ICA will be free of charge to all visitors upon opening in April. Its inaugural exhibition, Declaration, will explore contemporary art’s power to respond to pressing social issues through work by 33 emerging and established artists. The exhibition will feature many premieres and commissions from artists based in Richmond and around the world, including Tania Bruguera, Peter Burr and Porpentine Charity Heartscape, Cassils, Sonya Clark, Amos Paul Kennedy, Jr., Autumn Knight, Lily Lamberta and All the Saints Theater Company, Paul Rucker, Marinella Senatore, Stephen Vitiello, and others. Declaration will remain on view through September 9, 2018.

Amber J. Esseiva joined the ICA team as Curatorial Assistant in 2016 and now assumes the role of Assistant Curator. In her expanded role, Esseiva will bring her passions for supporting emerging artists, creating platforms for compelling new voices, and connecting local and global art communities to bear on the ICA’s program in new ways. She will continue to collaborate with Smith and Freiman on co-curated projects while also developing projects that reflect her distinct perspective. She also will continue her strong participation in the VCU, Richmond, and national art communities.

Prior to joining the ICA, Esseiva developed both traditional exhibitions and experimental program formats for cultural institutions and commercial galleries. Key projects include curating the exhibitions “Romancing the Fragment,” featuring the work of Avery Singer and Cayetano Ferrer, and “Classical Derision,” featuring Ida Applebroog, Hans-Peter Feldmann, Gabriel Orozco, and Ned Smyth; co-founding the transdisciplinary curatorial journal aCCeSsions at CCS Bard; and serving as curator for the Bard M.F.A.’s graduate thesis exhibition in 2014. She has worked with several all-women organizations/galleries, including serving as A.I.R Fellowship juror and mentor as well as A.I.R. inaugural curatorial fellow, and establishing the performance series, “The Arcade Bloc,” at SEPTEMBER Gallery (an all-women gallery in Hudson, New York founded by Kristen Dodge).

Esseiva received her M.A. from the Center for Curatorial Studies, Bard College in 2015. She holds a B.A. from Virginia Commonwealth University in art history, and has worked in several arts Institutions in Richmond including The Virginia Museum of Fine Arts and The Anderson Gallery. In 2012 she was a guest curator at VCUQ, VCUarts’ international branch campus located in Doha, Qatar.

Enjoli Moon is the newly appointed Adjunct Assistant Curator of Film at the ICA. A Richmond native, Moon is the Founding Creative Director of Richmond’s Afrikana Independent Film Festival, an annual multi-day festival that presents the cinematic works of people of color and brings filmmakers, artists, activists, and community members together. Moon is devoted to sharing diverse cinema, focusing on the global Black narrative, with the community at large. She will bring her expansive knowledge of film detailing the experience of the African diaspora to the ICA, while also developing film programs that complement the ICA’s exhibition program and institutional vision more broadly. Her film programming will be accompanied by conversations and experiences that connect audiences to the films, to key social issues, and to each other. She will continue to run Afrikana as an independent non-profit, separate from her work for the ICA.

Prior to joining the ICA, Moon worked as a freelance film curator and as a marketing and social media specialist throughout the region. Moon studied sociology at Virginia Commonwealth University and attended Virginia State University.

About VCU and VCU School of the Arts

VCU is a major, urban, public research university with national and international rankings in sponsored research. Located in downtown Richmond, VCU enrolls more than 31,000 students in 222 degree and certificate programs in the arts, sciences, and humanities. Currently ranked the No. 1 public school of art and design by U.S. News and World Report, the VCU School of the Arts offers 15 undergraduate and 10 graduate degree programs in fine arts, design, performing arts, historical research, and pedagogical practice. Distinguished faculty members are internationally recognized in their respective fields, contribute significantly to the stature of VCU, and are committed to mentoring the next generation of artists, entrepreneurs, scientists, scholars, and engaged citizens of diverse communities around the world. Its campus in Qatar provides students and faculty with a direct tie to the Middle East, a region of increasing significance in the contemporary art world. 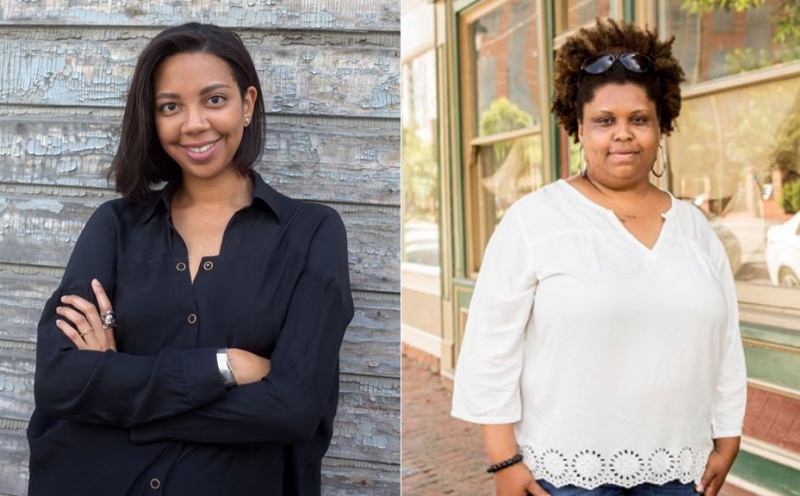