Innovative Exhibition Exploring the Body, Nature, and Knowledge Across Time and Media To Premiere at The Israel Museum, Jerusalem in February 2020

A new exhibition debuting at The Israel Museum, Jerusalem, explores the human form and the relationship between the body, nature, landscape, and the cosmos in ways that have informed major advances across science, Eastern medicine, mysticism, choreography, and philosophy. Opening February 20 and on view through October 11, 2020, Bodyscapes brings together over 150 works from the Museum’s collection as well as major loans of paintings, sculpture, photography, video, and installation, dating from the seventh millennium BCE to the present day—juxtaposing ancient female figurines with feminist earth-body performances of the 1970s and contemporary anti-colonial works by Kenyan artist Wangechi Mutu; anthropomorphic landscapes of eighteenth-century Germany with women-mountain landscapes of 1950s Israeli art; and biomorphic forms by surrealist Jean Arp with psycho-sexual pieces by Louise Bourgeois, among many other stimulating dialogues. Integrating a variety of media and historical sources, Bodyscapes creates a multi-sensory and immersive experience that engages viewers with their own physicality and develops a space for reflecting on the continuities present in visual history.

“Bodyscapes develops a new context for works in the Museum’s collection to challenge viewers’ notions of the body in art history and reveal a fresh view of cross-generational connections in art from prehistory to the contemporary moment,” said Ido Bruno, Anne and Jerome Fisher Director of the Israel Museum. “I am delighted that Bodyscapes will give our visitors the opportunity to witness the breadth—both culturally and temporally—of the Museum’s holdings, while challenging our conceptions of the human body and expanding our understanding of its position within the art historical register.”

Organized by Dr. Adina Kamien-Kazhdan, the Israel Museum’s David Rockefeller Senior Curator of Modern Art, the exhibition guides the viewer through four sections that branch out into the exhibition space and underline the dialectical relationship between the intellectual and the sensual. Beginning with the cerebral encyclopedic section, Bodies of Knowledge, the visitor is then led to Bill Viola’s video and audio installation, An Instrument of Simple Sensation, as it loudly reverberates a heartbeat in the gallery space. Canon of Proportions to the right features Greyson Perry’s Map of Nowhere, and dialogues with da Vinci’s Vitruvian Man, such as Anthony Gormley’s lead, larger-than-life prone figure. Next, Human Landscape features biomorphic sculptures by Jean Arp and Henry Moore with Liu Wei’s landscape of bodies as a monumental backdrop. Finally, one reaches the section Body of Work, where several video works—many by performance artists—envelop the viewer, offering an immersive experience and identification with the performing body. Details on each chapter and notable highlights follow:

As viewers circulate throughout the exhibition, they are not only witnessing a history of the body in visual culture, but a decades-long history of The Israel Museum’s collecting, one in which ostensibly unrelated pieces from separate eras are provided new context and relevancy when shown in the same gallery space.

“My inspiration for Bodyscapes originates from Jenny Saville’s Plan (1993) in which she transformed her body into a topographical map to promote feminist ideas, transforming the canvas itself into a kind of surrogate skin,” said Adina Kamien-Kazhdan. “It was from this work that I wanted to explore the meaning of our bodies in visual culture, and how the body has served as a structure to organize knowledge and measure the world. In this way, Bodyscapes provides a unique opportunity to mine the Museum’s expansive collection through the lens of the exhibition, enrich the display with major international loans, and stage stimulating dialogues between historical artifacts and art of diverse media through the centuries.”

Bodyscapes is organized by The Israel Museum, Jerusalem, and is accompanied by fully-illustrated English and Hebrew catalogues, in which each of the four sections of the exhibition are explored in depth with scholarly articles by specialist contributors: Prof. Raz Chen-Morris, Architect Iddo Ginat, Curator Dr. Kamien-Kazhdan, and Prof. Andrew Renton. 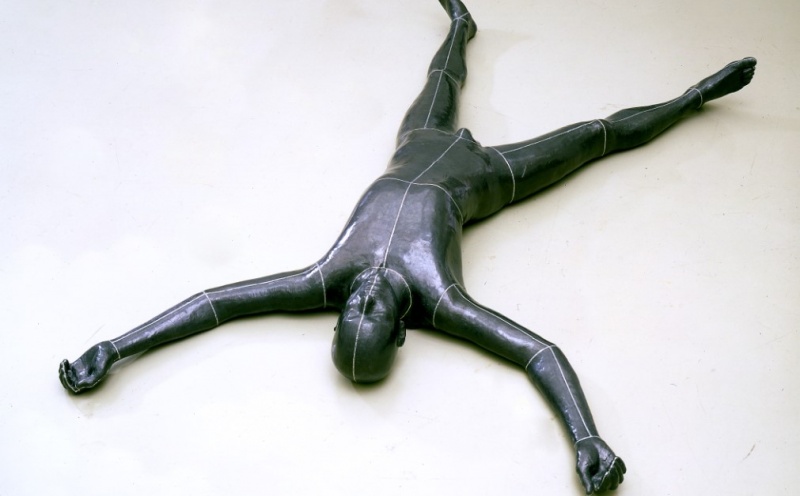