Kasmin is delighted to announce an exhibition of paper collages by German surrealist Max Ernst (1891–1976). Staged in collaboration with the Destina Foundation, Collages will be on view from January 23, 2020, at the gallery’s 297 Tenth Avenue location. The exhibition features approximately thirty collages on paper, ranging in both scale and subject matter, and spanning 1920 to 1975. Many of the works, with a focus on the 1960s and 70s, have never before been exhibited.

According to art historian Werner Spies, nearly everything in Ernst’s oeuvre can be traced back to collage. Bringing the fracture and disassociation of post-World War I existentialism into pictorial form, collage complements Ernst’s equally novel adoption of frottage and assemblage. The uniquely illusionistic quality and contextual depth of Ernst’s collages speak to his ability to seamlessly create new realities formed upon the Dada and Surrealist tenets of poetry, imagination, and dream.

Using source materials that include illustrations, periodicals, catalogs, newspapers, and scientific journals, these collages are often further altered using painting and drawing. They reveal fundamental aspects of Ernst’s artmaking—the uncanny juxtaposition of unassociated forms and images. The exhibition consists of early works such as Loplop présente (1931), a superb example of Ernst’s use of indirect self-portraiture through an alter ego, whom appears for the first time during the early 1930s and recurs throughout his oeuvre. Loplop is recognizable by his division into head, showcard, and feet, and calls to mind the structure of the cadavre exquis, the exquisite corpse.

A selection of collaged lettrines, or drop-caps, created by Ernst primarily for inclusion in artist books, are a focal point of the exhibition and demonstrate the artist’s range and fluidity of style within the medium of collage. Originating in European medieval illustrated manuscripts, lettrines acted to introduce a decorative flourish to the text and to indicate the beginning of a new chapter. In Lettrine D (1948) the forking branches of a tree intersect with an eel and a prehistoric winged creature to form the body of a Frankensteinian figure that frames the capital D. This particular lettrine was made for inclusion in a limited-edition catalogue designed by Ernst and published on the occasion of his 1949 retrospective at the Copley Galleries in Beverly Hills.

Six of the works on display were originally presented at Alexander Iolas’ Paris gallery in 1971, the same year in which Max Ernst celebrated his eightieth birthday. Titled Lieux Communs, the exhibition featured twelve original collages and eleven poems by Ernst, highlighting his aptitude as an artist of both images and words. The collages and poems were also published as a limited edition print portfolio. Lieux communs translates directly to “truisms,” or more generally to “banalities,” or “trivialities,” reflecting the quotidian nature of the imagery selected by Ernst. Utilizing repeating patterns and dense cross-hatching, the artist folds the curvilinear shapes of the natural world—including animals such as Loplop—into scenes defined by the geometric structures of both classical and modern architecture. His composition of intimate domestic interiors, household objects, and indicators of bourgeoisie living are subtly unsettling. For example, Les Filles La Mort Le Diable (1970), translated as “Girls, Death, and the Devil,” can be demarcated into three vertical columns. Whilst at first glance the contents signal legibility, on closer inspection, it is clear that they misalign: the world has been rearranged by Ernst.

As articulated by Werner Spies, “Collage is the thread that runs through all of his works; it is the foundation on which his lifework is built. Once we have realized this, Max Ernst takes on the stature of an artist who opened the collage process—the combining of existing visual material—to possibilities that completely transformed its meaning, both technically and ideologically.”

Kasmin would like to thank Dr. Jürgen Pech for his considerable contribution to the research and preparation of the exhibition.

Max Ernst (1891–1976) was a German painter, sculptor, poet, and printmaker celebrated as one of the primary pioneers of Dada and Surrealism. Working in Europe during the heyday of Modernism, and in the US from 1941 to1953, Ernst developed a style that melds metaphor, mythology, and memory, and draws upon the depths of the irrational and unconscious mind. His masterful illusionistic techniques and uncanny juxtapositions transform impossible compositions into unsettling realities. Whilst the menacing atmosphere of both world wars loom large in his work, Ernst's oeuvre is more accurately defined by an abundant life-force born out of a combination of the fanciful logic of dreams, the recurring and dynamic presence of animals, and Ernst’s enduring biting humor. 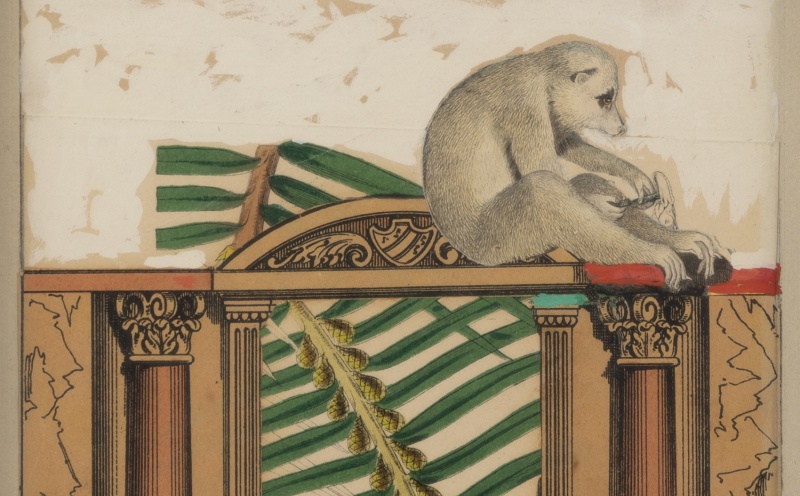