Kasmin and Perrotin are delighted to announce a jointly organized exhibition of new works by American painter Mark Ryden (b. 1963, United States). Featuring over twenty works from the artist’s latest series, Super Spirit Animals, the exhibition will be on view at Perrotin’s Shanghai gallery from March 13, 2020. This also marks the artist’s first solo show in China.

Super Spirit Animals presents a portrait gallery of enchanted characters that embody the artist’s meticulously realized, signature blend of archetype, kitsch, and narrative mysticism. Resplendent with pink-cheeked, wide-eyed divine beings, the works are encased in ornate, handcarved wooden frames of the artist’s design that function as part of the artwork, extending the traditional limits of the picture plane. The characters’ otherworldly demeanors found within are inspired by the idiosyncratic and playfully proportioned faces of 1950s vintage plush animal toys. Whilst many of these creatures present a benevolent smile framed by soft tendrils of candy-colored fur, saccharine curls, roses, and silk bows, a darker tension lies just under the surface, hinting at the haunting resonance of the subconscious.

Ryden’s modern mythologies inseparably interweave twin senses of comfort and menace. “Most of my work engages with the relationship between the physical world and the spiritual world," he has said. His are scenes that exist in the ambiguous space between these two realms, in which nostalgia—and by extension memory, even death—are ever-present.

Takashi Murakami has said: “Mark Ryden, Yoshitomo Nara, and I, among others, belong to a generation of artists who have been facing in the same general direction. What I mean by the ‘same direction’ is that as children, we were baptized in subculture and that experience remains intensely imprinted on each of our beings. When we subsequently began painting in our adolescent years, we also started to study art history while simultaneously developing our painting technique. Once we had full command of both of these, we succeeded in combining historical painting methods with subculture. That, in a nutshell, is our generation.”

Ryden’s time-honored, artistic craftsmanship elevates heavily sentimentalized elements of American tradition and antiquity, collected as though for a cabinet of wonders. His labor-intensive canvases deftly rework centuries of art history, combining the grandeur of Spanish and Italian religious painting with the decorative richness of Old Master compositions and the lush textures of French Neoclassicism.

Mark Ryden received his BFA from the Art Center College of Design in Pasadena, California in 1987. His paintings have been exhibited in museums and galleries worldwide, including a 2016 career-spanning retrospective Cámara de las maravillas at The Centro de Arte Contemporáneo of Málaga, as well as an earlier retrospective Wondertoonel at the Frye Museum of Art in Seattle and Pasadena Museum of California Art (2004–2005). In 2017 Ryden was commissioned to create the set and costume design for a new production of Whipped Cream, put on by the American Ballet Theatre with choreography by Alexei Ratmansky. The drawings, sketches and paintings created by Ryden for the ballet were exhibited concurrently at the Gallery Met located at the Metropolitan Opera House and at Kasmin. Ryden currently lives and works in Portland, Oregon.

A fully-illustrated catalogue will be published on the occasion of the exhibition. 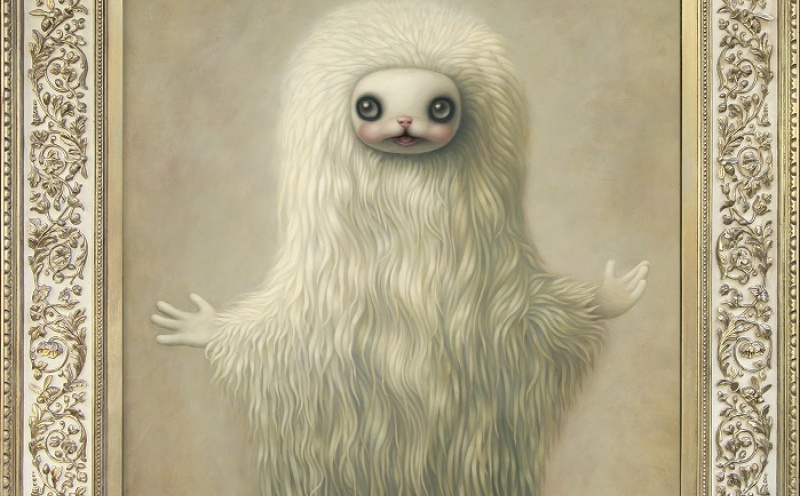