Featuring Unprecedented Exhibition of Monumental Paintings by Robert Motherwell, a Site-Specific Sculptural and Sonic Installation by Naama Tsabar, and the First Solo Exhibitions with Kasmin of David Wiseman and Jan-Ole Schiemann.

Kasmin gallery today announces its March 2019 exhibitions program featuring the first exhibition focused solely on Robert Motherwell’s iconic large-format paintings, undertaken in collaboration with the Dedalus Foundation, as well as the gallery’s first solo presentations of artist and designer David Wiseman and painter Jan-Ole Schiemann, the New York debut of a site-specific sculptural and sonic installation by Naama Tsabar including an evening of performances, and the conclusion of a four-month public presentation of Max Ernst on The High Line-adjacent Kasmin Sculpture Garden. Continuing Kasmin’s innovative program placing 20th century masters in dialogue with established and emerging artists working today, the exhibitions will open across four of the gallery’s spaces at the intersection of Tenth Avenue and 27th Street in Chelsea on March 7, 14, and 21, 2019.

Additional information on the March exhibitions program follows below.

Kasmin is pleased to announce Sheer Presence: Monumental Paintings by Robert Motherwell, opening March 21, 2019 at the gallery’s flagship space in New York. This unprecedented exhibition will be the first to focus solely on Motherwell’s approach to large-format painting and will be comprised of works spanning the 1960s - 1980s, including a core group of paintings from the collection of The Dedalus Foundation. This will be the fourth exhibition on which Kasmin Gallery and The Dedalus Foundation have collaborated.

As one of the most ambitious mark-makers of the Abstract Expressionist era, the monumental canvas was an especially fitting format for Robert Motherwell, and Kasmin’s new 3,000 square foot, column-free gallery with nearly twenty-foot ceilings in the epicenter of Chelsea is the ideal architectural context to experience these rarely seen masterworks.

Kasmin’s first solo presentation of American artist and designer David Wiseman places his work in dialogue with key historical figures of the 20th century and established contemporary artists with the gallery, including Les Lalanne and Mattia Bonetti, who blur the boundary between fine art and design.

Drawing inspiration from his fascination with the natural world, global decorative arts traditions, and a reverence for timeless craft techniques, Wiseman’s exhibition of work at Kasmin evidences mastery of his craft and steadfast dedication to a unique artistic vision that allows Wiseman to transcend traditional taxonomies. Porcelain cherry blossom ceilings, bronze patterned filigree folding screens, and polished marble and terrazzo inlay furniture will expand across the walls, floor, and ceiling of Kasmin’s space at 297 Tenth Avenue, creating a lush environment that affirms the relevance ornament and beauty in contemporary architecture and life.

With his brother Ari Wiseman, David Wiseman established Wiseman Studio in 2017, an independent Los Angeles design studio devoted to the creation and exhibition of David’s work and collaborative projects with galleries, museums, and fellow artists. Later this year, Wiseman Studio will relocate to a 30,000 square foot multi-building former factory complex on the Los Angeles River, punctuated by gardens that include many of the species that serve as an inspiration to the artist. The complex will also feature Wiseman’s working studio and exhibition space.

Wiseman has created site-specific installations for public institutions, international brands, and private collections. A graduate of the Rhode Island School of Design (RISD), his work is included in the permanent collections of the Los Angeles County Museum of Art, RISD Museum, and the Corning Museum of Glass.

Naama Tsabar employs performance, sculpture, and photography to subvert the gender roles historically associated with musicianship. In her upcoming exhibition at Kasmin, Dedicated, Tsabar further explores these themes by expanding the borders of movement and mastery of the female body. The three bodies of work in the exhibition weave together iconic actions and objects from rock and roll with a more intimate portrayal of the artist body and its movement through and into the surrounding architecture. Tsabar transforms the gallery space into a site-specific sculptural and sonic installation featuring the broken remains of guitars on the floor, Melodies of Certain Damage, connected to the wallbased canvases, Transitions, that double as amplifiers. Additionally, in a series of photographs, a female body penetrates and intertwines with walls in the artist’s studio. The motifs of femininity, gender, disruption, and destruction recur throughout the exhibition. The sculptural works will be activated during a performance with Tsabar and other female musicians on the exhibition’s closing night, May 4, between 5-7pm.

Kasmin is pleased to present A Different Pose, the gallery’s first solo exhibition of new paintings by Cologne-based artist Jan-Ole Schiemann. Schiemann’s paintings are grounded in both gestural abstraction and the history of 20th-century animation, aspects that combine to imbue his work with a rare sense of kinetic energy. Half-formed, simultaneously disappearing and reappearing shapes suggest that somewhere amidst the lines, there are figures tumbling, colliding, or fighting obscured by clouds of smoke. As a result of Schiemann’s meticulous, layered application of graphite and ink-acrylic, the works have the illusion of both a sculptural and a digital depth. The artist’s first solo exhibition at Kasmin will be comprised of new medium-scale and monumental paintings, as well as the debut of a new series of works on paper.

Schiemann has most recently mounted solo exhibitions at CHOI&LAGER Gallery, Seoul, South Korea (2018); Mier Gallery, Los Angeles, CA (2015; 2017) and Half Gallery, New York (2015). He is a graduate of the Kunstakademie Düsseldorf, having studied under Albert Oehlen and Andreas Schulze (2007-2013), and currently lives and works in Cologne, Germany.

Created during an intense burst of artistic activity while the artist was living in France in the 1960s, the three sculptures in Kasmin’s rooftop presentation evidence Ernst’s fascination with the natural world. The towering pillar of Le génie de la Bastille (1960) is composed of four casts of fishing nets, presenting an avian figure as the emblem of freedom and the free spirit. The combined, jauntily assembled geometric shapes of Grand grenouille (1967) recall the artist’s investment in the principles of assemblage and frottage and demonstrate his sculptural rigor. Big Brother (1967) belongs to a group of three sculptures that comprise Ernst’s Corps enseignant pour une école de tueurs (Teaching Staff for a School of Murderers). With works such as Big Brother, Ernst delves deeper into sculpture’s potential as a device by which he could meaningfully engage with the social politics of the time while retaining his biting sense of humor and sharp wit.

Presented in collaboration with the Destina Foundation, Mimi Johnson, Amy Ernst, and Eric Ernst, Max Ernst in the Kasmin Sculpture Garden continues the gallery’s longstanding practice of collaborating with partners in New York and across the world to present to significant public art installations. 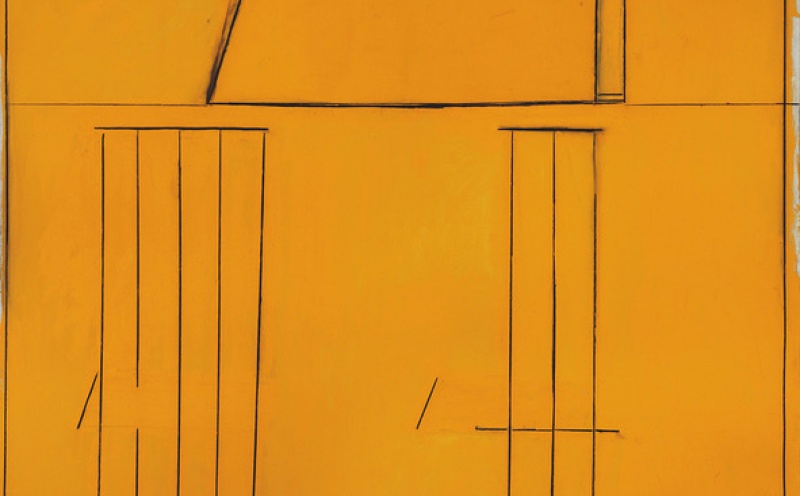