Kasmin is delighted to announce an exhibition of work by sculptor Elie Nadelman (1882–1946), curated by Priscilla Vail Caldwell and on view from November 7–December 21, 2019, at 297 Tenth Avenue. The assembled works, spanning the artist’s career and sourced directly from the estate, demonstrate Nadelman’s fluid mastery of material, form, and process when modeling the female figure.

For Nadelman, the body’s contours were a primary subject as he aptly described in 1910, “I employ no other line than the curve.” In his hands, disparate materials—marble, bronze, wood, papier-mâché, ceramic, galvano-plastique, or plaster—evoked both the substantive presence and elegant liquidity of his subjects.

This choreographer’s sensibility drove his ongoing synthesis of classical archetypes as well as his playful harmonizing of form and volume. Nadelman’s formal innovations seamlessly combine wide-ranging modes of art historical expression including classicism, cubism, folk art, and mannerism, and exerted a profound influence on the development of early twentieth-century sculpture which maintains an enduring relevance today.

Nadelman was born into a distinguished Jewish family in Warsaw, 1882, and classically educated at the Warsaw Gymnasium and the Warsaw School of Drawing. His move to Paris in 1904, at the age of 21, led him into the inner circles of the avant-garde where he associated with figures such as Picasso and Gertrude Stein (Stein’s brother, Leo, brought Picasso to Nadelman's studio in 1908; a year later Stein purchased Nadelman's work from his acclaimed first solo exhibition at the Galerie Druet in Paris). Nadelman’s exploration of compositional fracture was crucial in the development of the conceptual origins of cubism.

After relocating to New York at the outbreak of World War I, Nadelman was married and, together with his wife Viola, began amassing what would become a collection of over 15,000 objects of European and American folk art—the largest of its kind—housed in a museum the Nadlemans built on their property in Riverdale, NY. The irreducible and archetypal forms that constituted the collection contributed greatly to Nadelman’s lifelong study of the origins and succession of Western sculpture and had a profound impression on the direction of his later work. After the artist’s death in 1948, a retrospective was held at MoMA, cementing Nadelman’s reputation as one of the key figures of American Modern sculpture.

Significant Form presents a comparative study of key figurative works by the most traditional and radical of sculptors. Accompanying the exhibition is a published conversation led by Andrew Eschelbacher with Cynthia Nadelman, the artist’s granddaughter and noted scholar of his work. In 2017, Eschelbacher curated A New American Sculpture, 1914–1945: Lachaise, Laurent, Nadelman, and Zorach for the Portland Museum of Art in Maine. 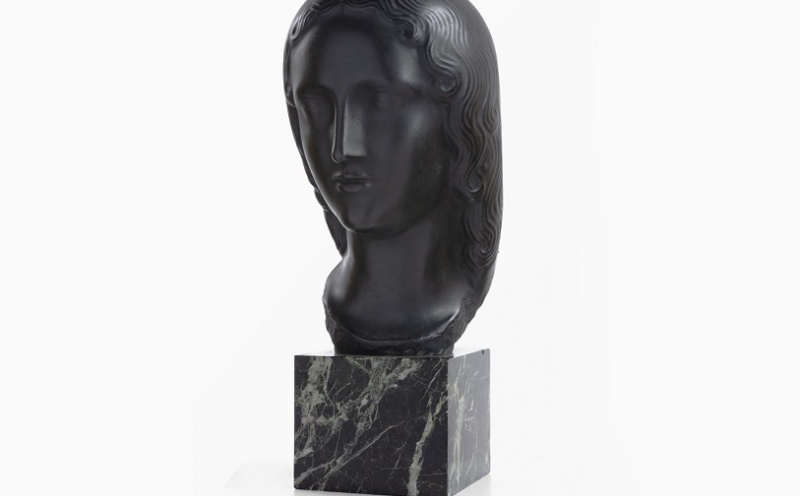