WEST PALM BEACH, FL (March 2, 2020) – The Norton Museum of Art has announced that Kristin-Lee Moolman has been awarded the Museum’s biennial Rudin Prize for Emerging Photographers. Launched in 2012 by Beth Rudin DeWoody and Tim B. Wride, the museum’s William and Sarah Ross Soter Curator of Photography, the Rudin Prize celebrates under-recognized photographers who are creating work that pushes the boundaries of the medium. Nominees are proposed by a panel of internationally renowned artists, and the winner is selected by members of the Museum staff and Photography Committee. The $20,000 prize is sponsored by the May and Samuel Rudin Family Foundation.

Moolman was nominated by Cindy Sherman, and received the honor on Saturday, February 29 at a private luncheon at the Museum. Moolman is the fourth artist to win; she was preceded by Elizabeth Bick, nominated by Shirin Neshat (2016); Rami Maymon, nominated by Adi Nes (2014); and Analia Saban, nominated by John Baldessari (2012). This marks the first Rudin Prize awarded since the Museum completed its major expansion, designed by Foster + Partners.

The Norton’s announcement coincided with the opening of an installation of Moolman’s work, together with this year’s other nominees Jess T. Dugan (American, St. Louis-based), nominated by Dawoud Bey; Lina Hashim (Danish, Copenhagen-based), nominated by Trine Søndergaard; and David Spero (British, London-based), nominated by Ori Gersht. Despite their diverse work and practices, each nominee investigates identity and the inherent tensions that exist when living in and between cultures. The exhibition is on view through June 21, 2020, and selections from each nominee will enter the Norton’s permanent holdings, which include one of the finest photography collections in the region.

“Supporting emerging and underrecognized artists is integral to the Norton’s mission, and informs a number of our initiatives, including the Recognition of Art by Women series and our new Artist-in-Residence program,” said Elliot Davis, Director of the Norton Museum of Art. “We are thrilled to present the fourth Rudin Prize to an emerging talent in the field and shed light on new work that pushes the medium forward.”

“We are delighted to honor Kristin-Lee Moolman’s creative achievements with this year’s Rudin Prize,” said Beth Rudin DeWoody. “In the eight years since we established the Prize, we’ve had the good fortune to present work by groundbreaking artists, and Kristin-Lee’s work is no exception. Her work invigorates the medium and presents an urgent perspective that is often underrepresented in museums. I can’t wait to see where the future takes Kristin-Lee, and I look forward to sharing her groundbreaking work with Norton visitors.”

“This is the fourth time we have awarded the Rudin Prize, and by far our decision this year has been the most challenging,” adds Tim B. Wride, the Norton’s William and Sarah Ross Soter Curator of Photography. “Each of the artists nominated this year were incredibly strong, which is a testament to the strength of our nominators as well as to Beth’s vision of promoting the work of innovative artists who have yet to gain wide attention.”

The Norton is dedicated to presenting and advancing the work of emerging artists. In 2011, the Norton launched RAW (Recognition of Art by Women), featuring the work of a living female painter or sculptor and funded by the Leonard and Sophie Davis Fund/MLDauray Arts Initiative. In 2012, the Norton established the Rudin Prize in partnership with Beth Rudin DeWoody, named in honor of her late father, Lewis Rudin. In January 2020, the Museum launched a new artist-in-residence program, which will host four artists annually. The inaugural year includes artists Addoley Dzegede, Jessica Ingram, Lavar Munroe, and Jaye Rhee.

About the Rudin Prize nominees

Kristin-Lee Moolman (South African, born 1984) is a South African-born photographer and filmmaker who, until her recent relocation to Thailand, lived and worked in Johannesburg. She grew up during the political transition between apartheid South Africa and a new African National Congress-led South Africa. This has had a profound and lasting impact on the narrative of her work and fuels the bifurcated visual language that drives her imagery. Moolman’s work challenges the stereotypes of African life by representing everyday life in South Africa through themes such as sexuality, violence, and black magic. She gives voice to young, black, queer lives in the current sociopolitical sphere. Moolman’s work has been shown in Africa, Asia, and the U.S., and has been included in magazines such as Vogue Australia, Dazed & Confused, Vice, GQ, and Grazia UK. She has also shot campaigns for American Apparel, Samsung, Triumph, and most recently the 2016 lookbook for Edun (founded by Bono).

Jess T. Dugan (American, born 1986) received her BFA in Photography from the Massachusetts College of Art and Design (2007), and a Masters in Liberal Arts in Museum Studies from Harvard University (2010). She is also an MFA graduate of Columbia College (2017), having studied with Dawoud Bey. Dugan’s work deals with identity, gender, sexuality, and community through portraits and landscapes. Her work has been shown in group exhibitions at venues including the Smithsonian National Portrait Gallery; the Aperture Foundation; the Museum of Contemporary Photography; the Museum of Fine Arts, Boston; the San Diego Museum of Art; the Transformer Station; and at many colleges and universities throughout the United States.

David Spero (British, born 1963) graduated from the Royal College of Art in 1993 and has produced a range of idiosyncratic bodies of work that place him comfortably both within the traditional practice of the great documentary photographers, as well as among those photographers of the 1960s and ’70s who explored the conceptual ramifications and visual implication of the media. His best-known series, “Settlements,” was created between 2004 and 2018 and recorded the dwellings and lives of ecologically sustainable communities that have “returned to the land.”

Lina Hashim (Danish, born Kuwait, 1981) is a photography-based visual artist, born in Kuwait City, who moved to Copenhagen in 1992 with her Iraqi-refugee parents. She graduated from Fatamorgana, The Danish School of Art Photography in 2012, and The Danish Royal Academy of Fine Arts in 2015. She broadly describes her work as an attempt to explain and integrate the teachings of the Koran into her life in contemporary Copenhagen. More pointedly, Hashim’s work centers around her reconciliations and integrations of the cultural conflicts and anomalies inherent in her identity as a Muslim woman living in the liberal environment of Denmark. Hashim has explored issues ranging from the wearing of the traditional hijab to premarital sex among Muslim teens, with the sensibility of an anthropologist. 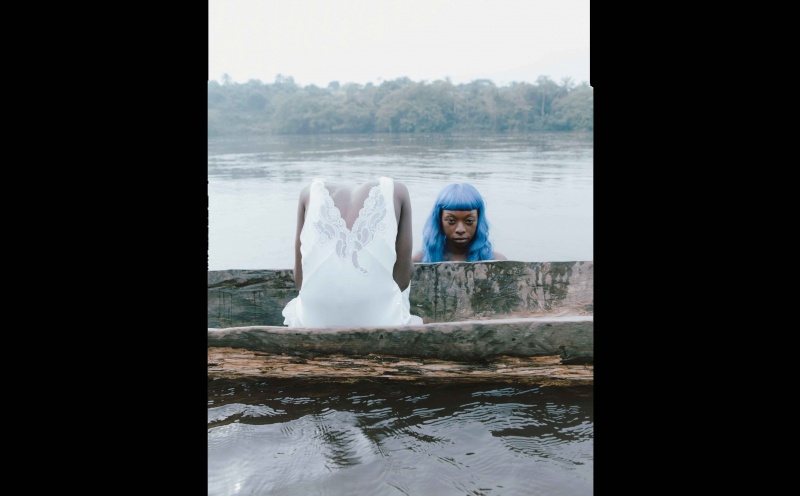