Laurie Anderson and Jason Moran to Premiere Party in the Bardo, a Sonic Tribute to New York, at Park Avenue Armory in May, Continuing Armory’s “Social Distance Hall” Commissioning Initiative

For Four Nights, Anderson and Moran will Perform at the Armory Alongside Special Guests

Performances run Wednesday, May 5 through Sunday, May 9

Park Avenue Armory today announced dates for its premiere of Party in the Bardo, a collaboration between multidisciplinary artist and MacArthur “Genius” Jason Moran, who curates the Armory’s Artists Studio Series, and multi-Grammy Award–winning performance artist Laurie Anderson. For four performances from May 5 through May 9, Anderson and Moran will perform in the Armory’s 55,000-square-foot Wade Thompson Drill Hall, underpinned by the soundscape of LOU REED: DRONES, a sonic installation utilizing guitars from Reed’s collection and curated by his former guitar technician Stewart Hurwood. Each performance, Anderson and Moran will invite special guests to add their own layer of artistry over the Drones, joining them in these improvisational sonic meditations for the city of New York.

“The Armory is looking forward to continuing its Social Distance Hall season with another commission that unites a powerhouse group of artists in the creation of work that captures the spirit of our time, reflecting both its somber moments and the catharsis we’re all longing for. Party in the Bardo is a realm of improvisation led by two masters—Laurie and Jason—who each have a deep history with the Armory and a command of the space that allows them to transform the Drill Hall into an otherworldly soundstage,” said Rebecca Robertson, Founding President and Executive Producer of Park Avenue Armory. “The work is a moving testament to the power of art and music to bring together artists and audiences for safe, transcendent, and communal experiences.”

Party in the Bardo is part of the Armory’s Social Distance Hall commissioning initiative, which launched with SOCIAL! the social distance dance club (previews April 9-12; performances April 13-22) conceived by Steven Hoggett, Christine Jones, and David Byrne, and also includes Afterwardsness by Bill T. Jones (May 19-26). Social Distance Hall provides artists with the space and resources to create and present to in-person audiences new works devised for and reflective of a society grappling with COVID-19. The Armory, with its immense, 55,000-square-foot Wade Thompson Drill Hall and multiple airy rooms and entrances—featuring an air volume comparable to being outdoors—can provide an early pathway and model for the re-opening of the performing arts in New York and beyond.

Rigorous safety protocols for audiences that extend from arrival, entry, and seating to performance and departure have been developed, workshopped, and tested with invited audiences. Among these safety procedures are: masks worn properly at all times; a detailed and monitored system of audience flow to ensure artists, patrons, and staff are socially distanced at all times throughout their visit; contactless temperature-checks and ticket scanning outside at the door; no points of gathering in the building or on the sidewalk; no retail concessions, food and beverages, or ticket sales; restroom use limited to one person at a time, with cleaning between each use; and refreshing of the Drill Hall air three times pre-show and post-show. Rapid Testing will be conducted on-site at the Armory.

Park Avenue Armory has developed very strict health and safety protocols that include wearing masks at all times and rigorously enforced point-to-point choreography that ensures that no individuals are ever less than a six-foot distance from each other. The plan meets or exceeds applicable governmental standards. The protocols satisfy or exceed the recommendations of Federal, State, and City agencies overseeing the response to the health crisis.

All tickets will be electronic/mobile-only and are available for purchase at armoryonpark.org. There will be no tickets available to purchase on-site. By purchasing a ticket to Party in the Bardo, ticket buyers consent to being Rapid Tested for COVID-19 on-site at Park Avenue Armory. For entry to the Armory, all audience members will be required to fill out a COVID-19 Screening Questionnaire and provide contact tracing information. No exceptions will be made.

Party in the Bardo

By Laurie Anderson and Jason Moran

The Social Distance Hall is supported in part by The Kaplen Brothers Fund.

Laurie Anderson is one of America’s most renowned and daring creative pioneers. Best known for her multimedia presentations, innovative use of technology, and first-person style, she is a writer, director, visual artist, and vocalist who has created groundbreaking works that span the worlds of art, theater, and experimental music. Her recording career, launched by O Superman in 1981, includes many records released by Warner Records. Those releases include Big Science (1982), Homeland (2008), and Landfall (2018) released on Nonesuch which won a Grammy Award for Best Chamber Music/Small Ensemble Performance. In 2002, Anderson was appointed the first artist-in-residence of NASA which culminated in her 2004 solo performance The End of the Moon. Anderson has published eight books. Her most recent release—All The Things I Lost In The Flood (Rizzoli)—is a series of essays about pictures, language, and codes. Anderson is also an acclaimed filmmaker who has made many films including the Arte-commissioned Heart of a Dog (2015), which was chosen as an official selection of the 2015 Venice and Toronto Film Festivals. In 2017 Anderson joined four other artists in MASS MoCA’s Building 6 inaugurating a fifteen-year rotating exhibition of work. She is currently presenting a series of virtual lectures as the Charles Eliot Norton Professor of Poetry at Harvard University.

Called “the most provocative thinker in current jazz” by Rolling Stone, pianist, composer, and artist Jason Moran was named a MacArthur Fellow and Downbeat Magazine’s “Jazz Artist of the Year” in 2010. He is the longtime curator for Park Avenue Armory’s Artists Studio, as well as Artistic Director for Jazz at The Kennedy Center. Moran currently teaches at the New England Conservatory.

Jason Moran’s activity stretches beyond his 15 critically acclaimed solo recordings and performances with masters of the form including Charles Lloyd, Cassandra Wilson, and the late Sam Rivers. His 21-year relationship with his trio, The Bandwagon—with Nasheet Waits and Tarus Mateen—has resulted in a profound discography for Blue Note Records and Yes Records, a label he co-owns with his wife, singer and composer Alicia Hall Moran.

Moran keeps a close relationship with music and activism, culminating in his scoring work with film director Ava DuVernay on Selma and 13th. He also created and played the score of the Apollo Theater’s staged version and HBO’s adaptation of Ta-Nehisi Coates’ award-winning book Between the World and Me. Within jazz, his multimedia tributes to Thelonious Monk, Fats Waller, and James Reese Europe have shifted the jazz paradigm combining striking visuals, music, and history into evening-length works. Moran has also collaborated with such artists as Adrian Piper, Joan Jonas, Glenn Ligon, Stan Douglas, Adam Pendleton, Lorna Simpson, and Kara Walker. Commissioning institutions of Moran’s work include the Walker Art Center, Philadelphia Museum of Art, Dia Art Foundation, Whitney Museum of American Art, Harlem Stage, and Jazz at Lincoln Center. In 2018, Moran had his first solo museum exhibition at the Walker Art Center, which traveled to the Institute of Contemporary Art, Boston, MA; Wexner Center for the Arts, Columbus, OH; and Whitney Museum of American Art, New York, NY. 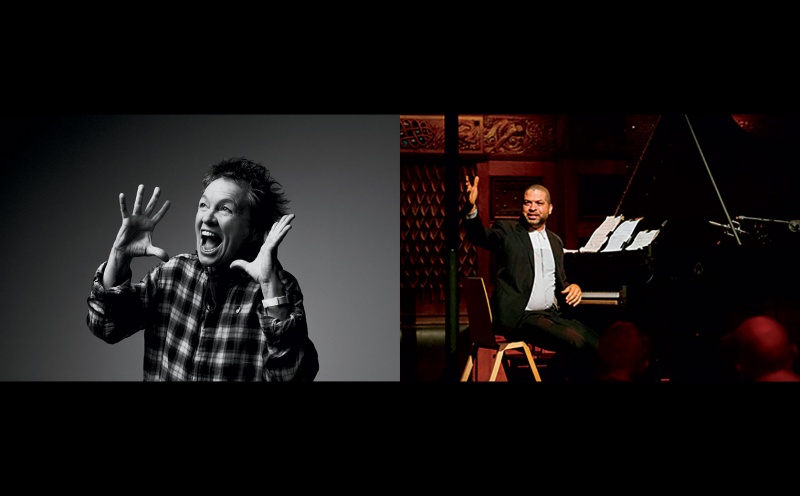