Loghaven Artist Residency, a newly created residency for emerging and established artists in the fields of visual art, dance, music, writing, theater, and interdisciplinary work, announces its first group of artists and the completion of its campus. The launch of Loghaven Artist Residency is the culmination of years of planning, research, design, and input from artists, arts leaders, and the Alliance of Artist Communities.

The Loghaven Artist Residency is fully funded by the Aslan Foundation.

“There has been a tremendous increase in the number of qualified artists who apply for residencies, with the number of applicants far exceeding the capacity of existing residencies,” said Sarah Swinford, the Director of Loghaven Artist Residency, who served for nearly a decade at the Wexner Center for the Arts before joining Loghaven. “To serve this need, we have meticulously planned every detail of Loghaven Artist Residency, from the sprung floor in the new Performing Arts Studio and the types of equipment available for visual artists, to financial support for travel and freight, as well as a weekly stipend grant. This residency gives artists the opportunity to take risks, to hone or to expand their practice, and to concentrate exclusively on their work. There is one principle that has guided the years of work and every decision in creating this artist residency: we will measure Loghaven’s success by the success of its artists.”

Knoxville is home to Big Ears, an annual music festival that brings artists and audiences together to create and share transformative experiences. Big Ears has been described as “the most open-minded” and “widest angle” music gathering in the country, crossing boundaries of musical genres and disciplines, and featuring more than 100 presentations of music, film, and art each year. Big Ears has helped make Knoxville a place for artists to experiment, create, and take risks; Loghaven complements and expands this contribution to the national and international cultural ecology. Loghaven has hosted performances by Big Ears musicians, and the festival itself is another opportunity for inspiration and exchange for Loghaven artists in session during the event. The Aslan Foundation is the largest supporter of the Big Ears Festival as well as the sole supporter of the Loghaven Artist Residency.

“We believe that the arts are integral to the human experience, the health of our communities, and to a vibrant civic society,” said Andrea Bailey, Executive Director of the Aslan Foundation. “Loghaven is designed to have an enduring impact on artists’ careers. We look forward to bringing together a community of artists who will make critical contributions to contemporary art practice and discourse, and to communities across the country and the globe.”

Artists Participating in Loghaven Residencies during 2020-2021 season (by invitation):

The artists noted above were nominated by a national committee of artists, curators, performers, and other arts professionals. Loghaven’s first residency session begins on February 3, 2020, with its nomination-only sessions continuing through February 2021. On June 1, 2020, Loghaven will begin an open call for applications, accepting submissions from emerging and established artists across the U.S. and world who are 21 or older. The chief criteria for selection are artistic excellence and creative potential.

Early advisors who have helped provide counsel in the development of Loghaven Artist Residency include artists, performers, writers, curators, scholars, consultants, and arts administrators with decades of experience across multiple arts disciplines and sectors.

Prior to joining Loghaven, Sarah Swinford organized residencies with artists including SITI Company, Young Jean Lee, Bebe Miller Company, Ann Hamilton, Jason Moran, and Faye Driscoll. She spent 10 years working closely with artists on residencies, performances, and workshops at the Wexner Center for the Arts in Columbus, Ohio. She has helped implement and plan many long and short-term residencies, facilitated world premieres of new work, and presented over 300 unique performances.

Loghaven partnered with Sanders Pace Architecture for the rehabilitation of the historic log cabins on its campus and the design of three new structures: the Visual Arts Studio, the Performing Arts Studio, and the Gateway Building, which serves as a central gathering place for resident artists and features additional studio space and facilities.

The team painstakingly worked on the log cabins that gave Loghaven its name, so that they could serve as artist living spaces. The five cabins are on a private, tree-shaded road and each has its original logs, a working fireplace, a porch or balcony, and artist working spaces. Kitchens and bathrooms have been modernized with sensitivity to historic preservation, and all cabins have amenities to ensure a fostering living and working environment. Working alongside Sanders Pace Architecture were three specialty consultants: Acoustic Distinctions (New York, NY), specializing in acoustics and audiovisual design; Sighte Studio (New York, NY), focusing on lighting; and Smith Seckman Reid (Nashville, TN), consulting on sustainability and MEP.

The 3,900-square-foot Gateway Building has a Multidisciplinary Studio, a professionally designed audiovisual and acoustics system, a range of equipment for artists to use in creating new work, and a dining area for communal meals. The two free-standing, cantilevered artist studios are designed to “float” over the ground with eight-foot-tall windows looking out onto the adjacent hillside. The Performing Arts Studio features an 860-square-foot sprung floor, a professionally designed sound system, and an abundance of natural light. The Visual Arts Studio has both natural and directional light, a separate wet area, an enlarged loading door, and equipment for creating a range of different work.

The new structures built at Loghaven have been designed to enter a dialogue with both the natural environment and the historic cabins. The Gateway Building has a similar visual language to the nearby cabins, elevating traditional building materials to create a restrained and harmonious contemporary addition to the campus. The placement of the Gateway Building was precisely designed to ensure the root system of adjacent trees would not be disturbed, and the cantilevered artist studios allow surrounding plant life to thrive. All of the new buildings have expansive views of Loghaven’s grounds.

The team has dedicated equal time and care to Loghaven’s natural environment. Over the decades the native flora on the site had been squeezed out by invasive plants that in some places became so dense that walking through parts of the grounds was nearly impossible. Loghaven partnered with a local arborist as part of a decade-long project to restore the surrounding woodlands. Through enormous efforts by the Loghaven property team, the invasive plants around the cabins have been removed, native trees and plants are thriving, and the natural springs on the site have been protected.

While archaeological excavations reveal that humans have inhabited the Loghaven area for 9,000 years, the history of the Loghaven community dates back to 1915, when Knoxville resident Martha (“Myssie”) Thompson acquired her first three acres of land along a ridge in South Knoxville. Although new industries were booming in the city, this high ridge remained isolated and wooded—the perfect spot for Thompson’s innovative idea.

Thompson hoped to support her family by constructing rental homes. Between 1932 and 1935, during the Great Depression, she labored alongside a local carpenter to design and build log cabins on what she called “the hill.” This cluster of homes became “Log Haven”: a community for Thompson, her family, and many unconventional tenants. Early occupants included Tennessee Valley Authority (TVA) workers building the nearby Norris Dam; Alfred Clauss, a TVA exhibit director and architect; radio personality Lowell Blanchard; as well as Knoxville News-Sentinel columnist Bert Vincent, known for his popular column “Strolling.” Later, Loghaven became home to professors and their families, followed by students. As one University of Tennessee student recalls from the 1960s: “Loghaven was a place everyone dreamed of living. I tried to get in and couldn’t.” In 1978 Chris Whittle, along with his partners in the 13-30 Corporation Phillip Moffitt and Edward Smith, formed a partnership called “The Loghaven Community.” From the woods of Loghaven, they built a publishing empire. 13-30 Corporation acquired Esquire magazine in 1979 and had 600 employees by 1986. Many of the early employees lived at Loghaven. One such resident referred to it as a “domicile for various bohemian-outdoorsy types.”

In 2005, a developer purchased the site with the intention of building condominiums. Loghaven residents rallied to save the community from destruction. Forming the Friends of Loghaven, they posted handmade signs reading: “Save Loghaven” and “Greedy Developers Not Welcome Here.” The grassroots movement prompted the city council to table rezoning, which stalled development but left Loghaven with an uncertain future.

Loghaven is minutes from the center of Knoxville, where historic buildings frame a walkable downtown with landmark theaters and newly constructed music venues, a robust culinary scene including a James Beard Award winning chef, as well as locally owned breweries, shops, and studios lining the streets and extending into nearby neighborhoods. In contrast to many other flourishing cities in the South, Knoxville has grown and evolved while remaining livable and affordable.

More details on Loghaven Artist Residency will be announced in the coming months. For more information on Loghaven, visit www.loghaven.org or follow the residency on social media:

ABOUT THE ASLAN FOUNDATION 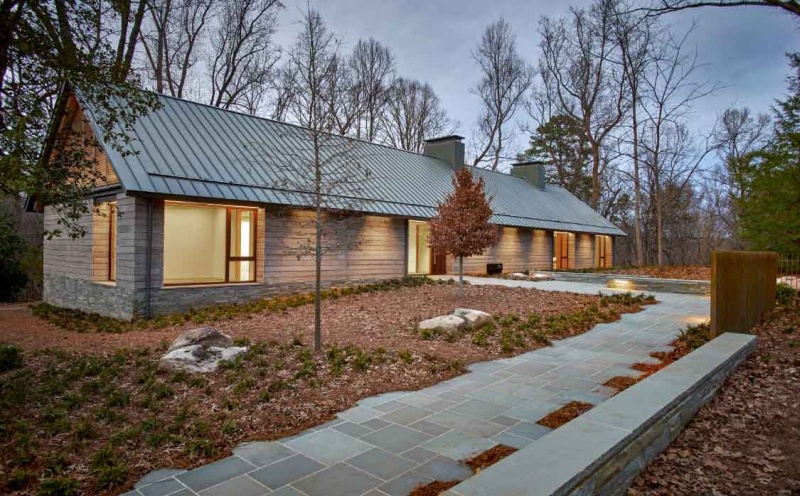