Luhring Augustine to Present Selection of Early Sculptures and Works on Paper by Rachel Whiteread at Frieze Masters, October 2-6

Luhring Augustine is pleased to present at Frieze Masters a selection of early sculptures and works on paper by artist Rachel Whiteread. One of the leading contemporary artists of her generation, Whiteread’s practice is defined by her ongoing investigation of domestic architecture and how traces of human touch are impressed upon these sites. She casts the spaces inside and around objects, from bathtubs and mattresses, to architectural elements such as doors, floors, and windows, as well as entire building structures, capturing familiar but often overlooked areas of the home. Whiteread uses industrial materials such as resin, rubber, concrete, and plaster to preserve details on the surfaces she casts.

At Frieze Masters, sculptures such as Untitled (Amber Mattress), 1992; Untitled (Amber Floor), 1993; and Untitled (Black Bed), 1991 demonstrate how Whiteread’s works are faithful to their source molds, and yet are disorienting minimalist and inverted expressions of the referenced original object. Through the casting process, she frees these commonplace source materials from practical use, memorializing the human history associated with an object, and imbuing her work with a sense of monumentality and melancholy. Absence is made present, interior becomes exterior, and the invisible is rendered visible.

Though known primarily as a sculptor, Whiteread maintains a vital drawing practice. Referencing minimalism, Whiteread often uses graph paper as the basis of these pieces, the foundational grid serving as a reflection of the balance and precision with which she approaches all of her work. A crucial aspect of her practice, the drawings are produced independently from the sculptures, similarly addressing the concepts of presence and absence present throughout her oeuvre. Visible in works such as Book Corridors (1997) and Elongated Plinths (1998), Whiteread employs watercolor, correction fluid, acrylic, ink, gouache, and pencil to apply her understanding of materiality to the two-dimensional space of the drawings.

Rachel Whiteread (b. 1963) was born in London, England where she currently lives and works. She studied painting at Brighton Polytechnic and sculpture at the Slade School of Fine Art. Whiteread became the first woman to win the Turner Prize for her public sculpture House (1993) and represented Great Britain at the 1997 Venice Biennale, for which she won the award for Best Young Artist. She has been the subject of solo exhibitions at Kunsthalle Basel; the Reina Sofia, Madrid; the Serpentine Gallery, London; and the Deutsche Guggenheim, Berlin among others. Her works are in several prestigious collections worldwide including the Museum of Modern Art, New York; the National Gallery of Art, Washington D.C.; the Stedelijk van Abbemuseum, Eindhoven; the Tate, London; and the Centre Pompidou, Paris. Most recently, a major retrospective exhibition of Whiteread's work debuted at Tate Britain in the fall of 2017, and traveled to the 21er Haus, Vienna and the National Gallery, Washington D.C. in 2018, and the St. Louis Art Museum in 2019. In 2019 Rachel Whiteread was awarded a damehood for services to art as a part of The Queen’s Birthday Honors List, which awards people across the United Kingdom for outstanding achievements. 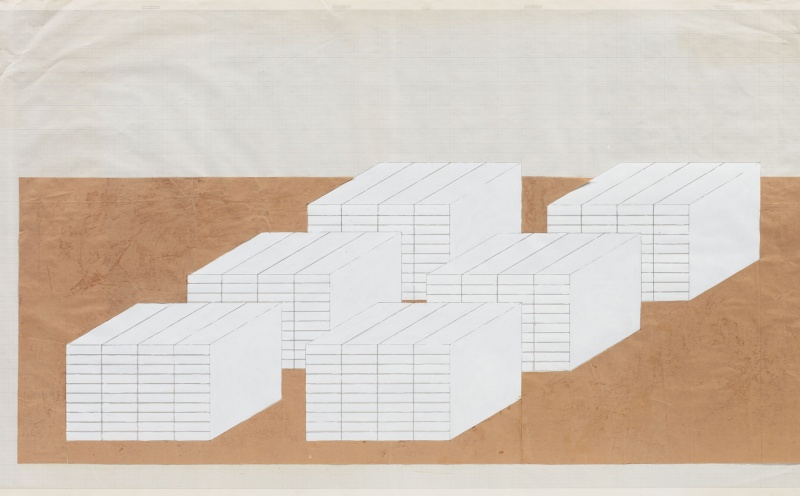