Luhring Augustine is pleased to announce an exhibition of recent paintings by Philip Taaffe. Marking the artist’s third solo show with the gallery, the works on exhibit will demonstrate the mastery with which Taaffe synthesizes a range of processes, visual forms, and imagery to create his cerebral and painterly abstractions.

Taaffe’s painting practice is distinguished by its elaborate sampling of techniques and symbols. By merging iconography, design, and art historical and cultural motifs, he generates something authentically new. He employs a wide-ranging lexicon of imagery to produce works rife with geometric forms and interwoven complex patterns which call into question traditionally accepted definitions of realism and abstraction.

Through a unique amalgam of techniques, gestural brushwork that is often contrasted with carefully mapped and measured surface, as well as a range of methods, from photo-based silkscreens to stencils, collage, scraping, acrylic staining, and bookbinding techniques like gold leaf, Taaffe creates intricate and contemplative canvases. His meticulous, labor-intensive methodology has often been compared to that of medieval manuscripts, however the visual vibrancy and dynamism that underlie his images explore the convergence of the optical and the conceptual, the decorative and the narrative, the natural and the man-made, the ancient and the modern. Taaffe’s imaginative blend of forms and techniques offers a compelling meditation on contemporary and historical art, architecture, and archaeology.

Philip Taaffe was born in Elizabeth, NJ in 1955 and studied at the Cooper Union under Hans Haacke and Dore Ashton. His first solo exhibition was held in New York in 1982. He has traveled widely in the Middle East, India, South America, and Morocco. Taaffe’s work has been included in numerous important museum exhibitions, including the Carnegie International, two Sydney Biennials, and three Whitney Biennials. His work has been the subject of several museum surveys, including IVAM Centre del Carme, Valencia (2000), the Galleria Civica, Trento (2001), the Kunstmuseum Wolfsburg (2008), and the Irish Museum of Modern Art, Dublin (2011). His work is in numerous public collections, including the Museum of Modern Art, New York; the Philadelphia Museum of Art; The Whitney Museum of American Art, New York; the Solomon R. Guggenheim Museum, New York; the San Francisco Museum of Art; the Kemper Museum of Art, Kansas City; the Reina Sofia, Madrid and the Albertina Museum, Vienna. In 2018, Lund Humphries published a biographical monograph on his work, with an essay by John Yau. A historical survey of his paintings from the Appletree Collection will be mounted at the Saarland Museum in Saarbrücken, Germany in June 2020. 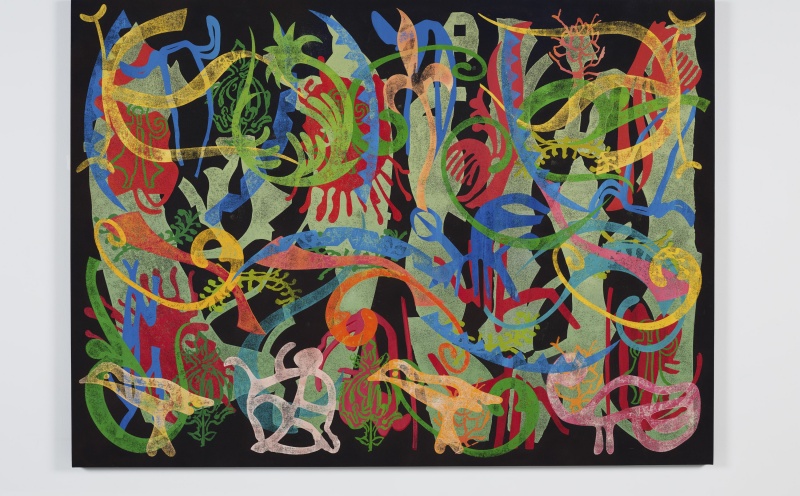