Luhring Augustine is pleased to announce Lumina, Ritsue Mishima’s first solo presentation in New York. On view in Chelsea from September 13 through October 26, 2019, the exhibition features new blown glass sculptures and vessels by the Japanese artist. Textured and multidimensional, her work reflects and manipulates light, simultaneously illuminating their settings and becoming embedded within the surroundings.

Born in Kyoto, Japan in 1962, Mishima moved to Venice, Italy in 1989, and splits her time between the two cities. Drawing on ancient glassmaking techniques, Mishima reinvigorates the thousand-year-old practice with her unique perspective. Her work is distinctly contemporary in its aesthetic, informed by the cultural exchange between Japanese and European sensibilities. Collaborating with master craftsmen in Murano, she has been an innovating force in glass for over two decades, pushing the limits and unpredictability of the medium through her spontaneous, intuitive process and material interventions. Mishima’s works are cut, blistered, etched, polished, molded, and joined, achieving different levels of transparency to alter their level of depth and interaction with light.

At Luhring Augustine, Mishima will debut 25 new works that demonstrate the medium’s inherent tensions. Her sculptures illustrate glass’s constant state of fluctuation, caught between solid and liquid states, as well as stillness and movement. Despite their diverse scales, shapes, and means of intervention, her work is united by its transparency – a divergence from the Murano tradition of creating colorful glass. Relying on the juxtaposition of light and shadow to reveal each work’s complexities, Mishima plays with paradoxes. Transient and eternal, delicate and resilient, uneven and refined, the sculptures are ever-changing.

In addition to the works on view, Luhring Augustine will present a film documenting Mishima’s 2017 site-specific installation at Nijo Castle, a World Heritage Site in Kyoto, Japan. Eyes of Light consisted of 600 objects, installed in the castle’s inner moat, designed to float on the water’s surface and reflect the sky. Connecting the history of Nijo Castle with the present, the work is also inspired by the prevalence of water in Mishima’s life, from the hidden streams of Kyoto, to Venetian canals, to the Island of Murano. 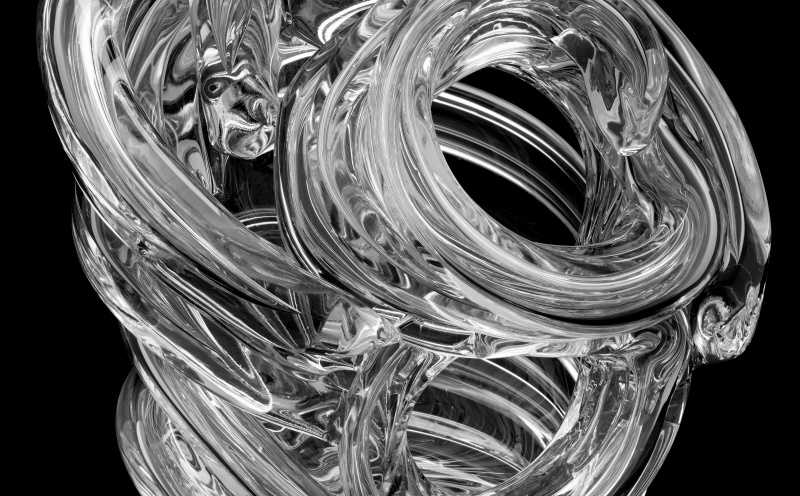