This Summer, Magazzino Italian Art Foundation will screen a series of films in its central courtyard in Cold Spring, New York as part of its annual summer film program, Cinema in Piazza, presented in partnership with the Cold Spring Film Society. On June 22, Magazzino in collaboration with Artecinema, Naples’ international contemporary art film festival, will present a night of documentaries on Arte Povera and Italian artist Mario Merz. From July 12 to 14, 2019, Magazzino will present its second annual curated film festival, Up the Boot. Spanning various genres of film across periods and regions of Italy, Up the Boot will include films by Italian directors Alice Rohrwacaher, Edoardo De Angelis, and Pietro Germi. The selection is curated by Magazzino Director Vittorio Calabrese and The Nation Film Critic Stuart Klawans and invites visitors from the Hudson-region and beyond to engage with Italian cinema culture.

Tickets are available here. All proceeds from ticket purchases will be donated to RxArt.

A documentary that gives an overview of the Arte Povera movement, beginning with its rise in the late 1960s through present day. Through a presentation of archival materials from significant exhibitions—such as the 1968 exhibition Arte Povera + Azioni Povere in Amalfi and the 1997 Venice Biennale, footage from recent solo exhibitions, and clips from interviews with Arte Povera founding member and art historian Germano Celant, as well as other artists, critics, and gallery directors—the film depicts the movement’s complexity and significance. Featured participants include Giovanni Anselmo, Alighiero Boetti, Pier Paolo Calzolari, Luciano Fabro, Jannis Kounellis, Mario Merz, Marisa Merz, Giulio Paolini, Giuseppe Penone, Michelangelo Pistoletto, and Gilberto Zorio.

A documentary about seminal Arte Povera artist Mario Merz created during the preparations for his recent exhibition at Pirelli Hangar Bicocca in Milan. Curated by Vicente Todolí and realized in collaboration with Fondazione Merz, the exhibition brought together thirty-one igloos, from his first Igloo di Giap (1968) to Spostamenti della terra e della luna su un asse (2003), created the year of his death. Set against the backdrop of Turin in the late 1960s, the documentary traces the history of the igloo in Merz’s work.

Before the screening, visitors are invited to tour Magazzino’s collection and see the Mario Merz igloo From Continent to Continent (1993) on view in Gallery 4.

Up the Boot Summer Film Festival

A semi-sweet, semi-autobiographical film about growing up in the 1990s on a ramshackle farm as the daughter of back-to-the-earth political activists. As surrogate parent to the younger children and heir apparent of the farm, 12-year-old Gelsomina (Maria Alexandra Lungu) knows how to manage the household and the money-making bees, while the encroachments of commercial farming come closer and closer. But she isn’t prepared for the almost magical apparition of Milly Catena (Monica Bellucci), the gaudily dressed host of a cheesy TV game show that Gelsomina finds herself desperate to win.

A compelling drama about the crime-ridden community of Castel Volturno, not far from Naples, and a young woman’s crisis of conscience. Maria (Pina Turco) has worked for years in a gang that traffics in infants, keeping pregnant women in hand until they deliver the goods. But when Maria herself becomes almost miraculously pregnant—it had seemed impossible—she dares for the first time to act out of hope.

A comic and brusquely satirical tale about the bored and near-impoverished Baron Cefalù (Marcello Mastroianni), who longs to marry his gorgeous teenage cousin Angela (Stefania Sandrelli). But first, he must rid himself of his cloying wife, Rosalia (Daniela Rocca)—and the only practical method, he concludes, is to act out a role in the ongoing theater of his little town and kill her. 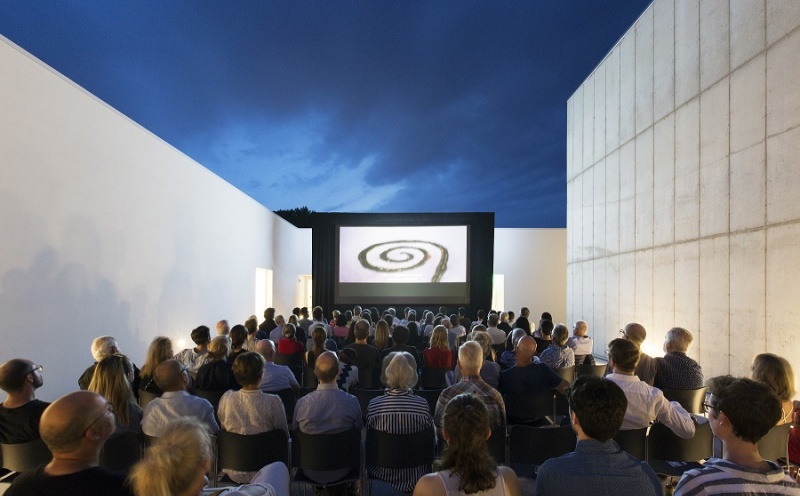