Premiering New Installations in the Galleries and on the Grounds, a Four-Part Lecture Series, Italian Film Festival, Concert, and Multiple Off-Site Exhibitions and Projects

Leading up to the summer season, Magazzino Italian Art Foundation announces new installations—featuring a new commission by artist Renato Leotta on the grounds and the premiere presentation of artworks by artists from the Arte Povera period in the galleries—alongside a lecture and film series celebrating Italian contemporary art and culture, and significant off-site programming. Starting in May, Magazzino will invite visitors to attend a four-part lecture series convening leading Arte Povera scholars to take a closer look at the impact of the movement on contemporary art today, a jazz concert by musical group Jog Blues in June, and the launch of a multi-day Italian film festival in July. In addition to robust programming in Cold Spring, Magazzino will also mount off-site exhibitions, projects, and programs from New York City to Venice and Sardinia through new and ongoing collaborations with artists and art institutions.

Opening on April 4, Magazzino will present a new selection of works as part of its ongoing exhibition, Arte Povera—an exploration of the Italian Avant Garde movement. New works by artists Gilberto Zorio, Mario Merz, and Marisa Merz will be unveiled this spring and will be on view through the summer season.

On April 30, Italian artist Renato Leotta will premiere a new installation that responds to the landscape surrounding Magazzino in conjunction with a presentation of new and recent sculptures, and multimedia works on view at NYU’s Casa Italiana in New York City. Leotta’s first solo exhibition in the United States, the two-part presentation will feature works that draw inspiration from the coastlines of Long Island, Sicily, and Portugal, as well as the countryside of Cold Spring and the Hudson River. At Magazzino, visitors can experience Leotta’s installation throughout the bucolic grounds and amongst sculptural work by other Italian artists such as Giuseppe Penone and Domenico Bianchi. More information on the exhibition can be found here.

Admission to Magazzino’s galleries and grounds is free to the public and requires no reservation.

Curated by Scholar-in-Residence Francesco Guzzetti, Magazzino will present Reconsidering Arte Povera, a four-part lecture series featuring Emily Braun, Distinguished Professor at Hunter College and the Graduate Center, CUNY; Anne Rorimer, independent scholar and former curator at the Art Institute of Chicago; and Erica F. Battle, Philadelphia Museum of Art Associate Curator of Contemporary Art. Francesco Guzzetti will also present a lecture on his findings researching Arte Povera works at Magazzino and in the new Research Center over the last year. Visitors will be encouraged to explore the galleries following the lectures.

Exploring an array of scholarly topics that address unprecedented insights into the Arte Povera movement and its relevance to contemporary art—both in Italy and the United States—the series embodies Magazzino’s enduring commitment to creating new opportunities for scholarly research and critical assessment of Italian Postwar and Contemporary art.

Topics will range from an analysis of the work of Giuseppe Penone and Giovanni Anselmo, an examination of the concept of border in Arte Povera in the 1970s, and a discussion on Arte Povera + Azioni Povere, the 1968 group exhibition in Amalfi that marked the recognition of the Arte Povera movement. Lecturers will present on the following dates:

Spread over three days in July, Magazzino will present the next iteration of Cinema in Piazza—an annual curated outdoor film series presented in Magazzino’s central courtyard. Last year’s lineup featured a selection of films about Italian and international post-war artists—including Joseph Beuys, Michelangelo Pistoletto, and Louise Bourgeois. More information regarding programming and tickets will be announced later this spring.

Magazzino will welcome the local community to a performance by Jog Blues, a genre-expansive musical group that brings together masters of jazz, blues, and Indian classical music into our contemporary moment. More information regarding tickets and additional on-site events are forthcoming.

Alongside programming in Cold Spring, Magazzino continues to organize off-site exhibitions and projects in locations across the Hudson Valley and Italy, including: 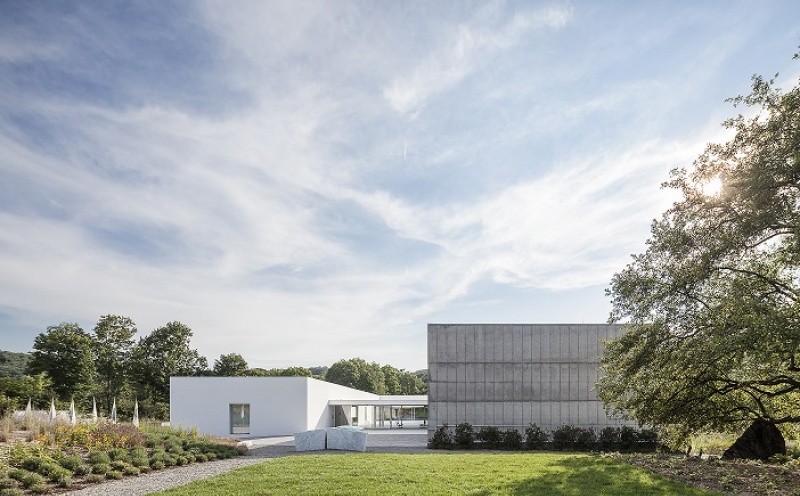