On the occasion of the International Day of Italian Contemporary Art (October 11, 2018) organized by the Italian Contemporary Art Museum Association (AMACI), Magazzino Italian Art Foundation, the Embassy of Italy, and the Italian Cultural Institute of Washington, DC will present New Directions: Italian Contemporary Art in the United States, a dynamic conversation on the current state of contemporary Italian art with art historian and curator Ilaria Bernardi, artist Massimo Bartolini, and Nancy Olnick and Giorgio Spanu, co-founders of Magazzino Italian Art Foundation, a museum in the Hudson Valley dedicated to exhibiting and advancing scholarship on post-war and contemporary Italian art. An exhibition of photographs from Marco Anelli’s recent project Building Magazzino will also be on view through November 6, 2018 in the auditorium of the Italian Embassy. The conversation will be broadcast live on the Ambasciata d'Italia Washington Facebook page.

Curator Ilaria Bernardi, organizer of the exhibition Young Italians, which convened recent work by twelve emerging and established Italian artists under 40 and that is currently on view at the Italian Cultural Institute in NYC, will moderate the conversation. Young Italians marks the 50th anniversary of the seminal 1968 exhibition of the same name that brought works by Italian Arte Povera artists to American audiences at the Jewish Museum and ICA Boston. Coming off her recent research, Bernardi along with Massimo Bartolini, Nancy Olnick, and Giorgio Spanu will discuss the trajectory of contemporary Italian art in the United States from the 1960s to the present and consider the challenges Italian artists face in our current international art world climate. Two works by interdisciplinary artist and panel participant Massimo Bartolini will also be on view during the discussion.

Concurrently, an exhibition of Marco Anelli’s photographic project Building Magazzino will be unveiled and open to the public through November 6, 2018. Commissioned by co-founders Olnick and Spanu, Anelli’s project documents the building of Magazzino Italian Art by 2018 AIANY award-winning architect, Miguel Quismondo, designer of the building in its entirety, from conceptualization in 2014 to its transformation in 2017, from an industrial building into one dedicated to an extraordinary collection of Italian Art. Granted unrestricted access to the construction site, Anelli captured, between June 6th 2014 and June 2nd 2017, 21,118 photographs of the building in stages of completion, including the workers and the landscape in a comprehensive conversation that provides viewers with an intimate look into the artist’s creative practice and creation of Magazzino Italian Art.

New Directions: Italian Contemporary Art in the United States will be hosted by the Embassy of Italy in Washington, DC on Thursday, October 11, 2018 from 6-7 pm. The conversation will be broadcast live on the Ambasciata d'Italia Washington Facebook page. An opening reception for Marco Anelli’s exhibition Building Magazzino will be held in the auditorium of the Embassy immediately following the discussion from 7-8 pm. The International Day of Italian Contemporary Art promotes current Italian culture and offers the public an opportunity to experience the complex and lively Italian art world by presenting artists and new ideas through shows, workshops, events, and conferences as part of a multifaceted programming through the participation of different art venues and institutions.

More information on the artists and the panelists follows below:

Anelli is a Roman-born, New York-based photographer. After specializing in black and white photography and printing techniques in Paris, he started working on photographic projects that evolve over long periods of time. His publications include works on sculpture and architecture (Shadow and Light, Silvana Publisher 1999; All’Ombra del Duomo, Contrasto 2010), sport (Il Calcio, Motta Publisher 2002; Pallacorda, Skira 2004) and classical music (La Musica Immaginata, Motta Publisher 2004; The Gestures of the Spirit, Peliti Publisher 2011). In 2010 he took portraits of 1,545 participants in Marina Abramović’s performance at MoMA, New York (Portraits in the Presence of Marina Abramović, Damiani Publisher 2010). Since 2011 he’s been exploring the character of the artist and their work as expressed in their studio. Something Wicked This Way Comes is a project that leads the viewer into the creative process of worldwide famous artists such as Matthew Barney, Lawrence Weiner, Cecily Brown, Urs Fischer, Elizabeth Peyton, Julian Schnabel, Vito Acconci, and others. In 2015 he completed A Simple Story, his project on the construction of the new Whitney Museum of American Art. New York’s architecture, building sites, and their workers are the subjects of his most recent research.

Bernardi is a contemporary art historian, critic, and curator. She earned a PhD in Art History at the Ca’ Foscari-IUAV University (Venice) and a Master’s Degree in Art History at the University of Florence. She worked for the Castello di Rivoli Museum of Contemporary Art (Rivoli-Turin) under the direction of Carolyn Christov-Bakargiev and, previously, for the Fondazione Giulio e Anna Paolini (Turin). Recently she was the curator, with Daniela Lancioni, for the first retrospective on Cesare Tacchi’s oeuvre held in Rome, at the Palazzo delle Esposizioni, in 2018. Specializing in Italian art from the 1960s to today, she also curated exhibitions about Italian artists including Rodolfo Aricò and Tano Festa, and in 2011 she worked for Florence’s Municipality as artistic coordinator of “Florence White Night,” an important event devoted to contemporary art. She is the author of the monographs La Tartaruga. Storia di una galleria (Postmediabooks, Milan 2018), Giulio Paolini. Opere su carta: un laboratorio gestuale per la percezione dell’immagine (Prinp, Turin 2017), Teatro delle Mostre, Roma, maggio 1968 (Scalpendi Publisher, Milan 2014), and she curated the book Arte e impresa published by Castello di Rivoli Museum of Contemporary Art (Rivoli-Turin 2017). Moreover, she has published several essays in exhibition catalogs, as well as articles in sector magazines, and she has delivered lectures on Italian art and artists during several conferences in Italy and abroad.

From New York and Sardinia, Italy, respectively, Nancy Olnick and Giorgio Spanu, residents of New York City, have developed one of the most extensive collections of Postwar and Contemporary Italian Art in the United States. Olnick and Spanu began their collection by acquiring works by Modern Art masters and American Pop artists, an art movement contemporary but juxtaposed to Arte Povera. Their admiration of Italian art and culture and strong interest in exploring conceptual artistic movements of a similar period but from a different perspective, took them on a journey that eventually led them to developing one of the largest collections of Postwar Italian Art and 20th century Murano Glass in the U.S.

Nancy and Giorgio commissioned New York based architect Miguel Quismondo in 2014 to construct a 20,000 square-foot building to host Magazzino Italian Art Foundation. The building draws architectural components from an existing structure, repurposed within a larger design that doubled the square footage of the former space by completing the original L-shape into a rectangle, leaving a courtyard in the center, and creating a dialogue between the existing and the new addition. The state-of-the-art facility features more than 18,000 square feet of exhibition space as well as a library and office spaces. Miguel Quismondo is the recipient of the 2018 AIA New York Design Award in architecture for Magazzino Italian Art.

Event is open to the public with valid identification. Register in advance on Eventbrite page linked here

Magazzino Italian Art Foundation is a museum in Cold Spring, New York, devoted to Postwar and Contemporary Italian Art. Magazzino, meaning warehouse in Italian, was co-founded by Nancy Olnick and Giorgio Spanu. Designed by Spanish architect Miguel Quismondo, the 20,000 square-foot structure was completed in June 2017. Magazzino serves as a resource for scholars and students and offers an extensive library and archive of Italian Art. In addition, Magazzino has become a cultural hub for the vibrant Hudson Valley community thanks to the joint programs with local organizations. Under the guidance of Director Vittorio Calabrese, his team and its curatorial programs, Magazzino Italian Art bridges collaborations with American and Italian organizations not only to support contemporary Italian artists but also to foster discussions on Postwar and Contemporary Italian Art in the United States. Admission is free to the public.

About the Italian Cultural Institute in Washington, DC

The Italian Cultural Institute in Washington, DC (IIC) is an official organization of the Italian Government dedicated to the promotion of Italian language and culture in the United States. It is part of a network including more than 80 Italian Cultural Institutes worldwide. Since its foundation in 1980, the IIC acts as a lively go-between for Italy and the United States, and as a reference point for the best in Italian art, cinema, music, theater, design, and performing arts in the DC Metro Area.

About the Embassy of Italy

The Embassy of Italy in Washington, DC is the largest Italian bilateral embassy worldwide, and coordinates a network of 9 consulates, 5 Italian Cultural Institutes, 6 Italian Trade Agency offices, and 3 Italian Tourist Board offices. The staff of the Embassy, employed in various offices, is composed of personnel from the Italian Ministry of Foreign Affairs and International Cooperation, and from other Italian Ministries and public offices. Through its Consular Section, the Embassy of Italy in Washington, DC also offers a host of consular services to Italian citizens and non-Italian persons living within its jurisdiction. 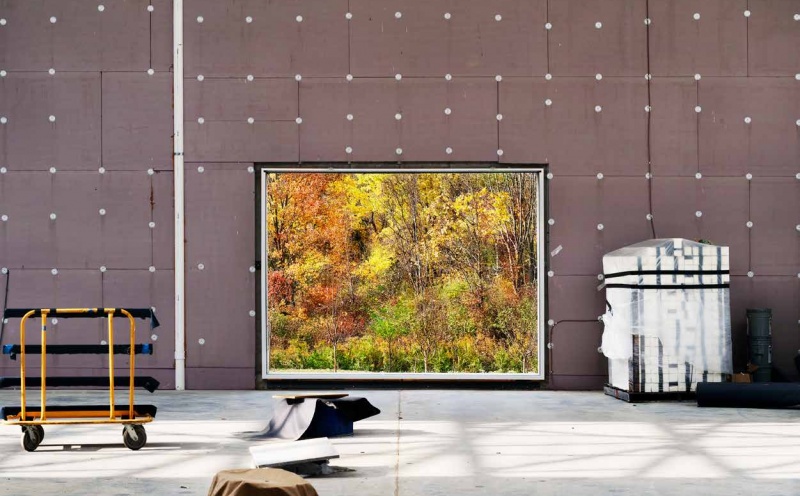