On December 14, 2018, Magazzino Italian Art Foundation will present Le Nuove Musiche Fra Passato e Futuro, an hour-long concert program exploring the repertoire from Italy and the Italian diaspora over the course of the 20th century until the present.

“When I first visited Magazzino, I was immediately inspired to create this program especially for this space,” says Tamagna, in discussing his inspiration for the program, “From the art to the acoustics of the architecture, I was struck by the wealth of contemporary art from Italy and the Italian diaspora that I knew so little about, I felt drawn to explore the parallel in music – a terra incognita for me – the modern and contemporary Italian art song repertory.”

Tickets available for purchase on Eventbrite. Tickets can be purchased here. All ticket purchases will be donated to RxArt, a nonprofit organization that commissions contemporary artists to transform children’s healthcare facilities with immersive installations, with the mission to help children heal through the extraordinary power of visual art.

Event details and background information can be found below:

Nicholas Tamagna is a leading countertenor of his generation, singing in many of the world’s opera houses and concert halls. He is a baroque specialist, exploring much of the high baroque repertoire of composers such as Händel, Vinci, and Hasse, but he also enjoys greatly exploring the creation of new works in both operatic and song literature. He is frequently asked to collaborate in workshops and perform works by contemporary composers with groups like American Opera Projects, Beth Morrison Projects, and independent projects such as the recent film score by Rolando Gori for the film Mr. Sam (to be released in 2019). Recent and upcoming theatrical performances include: Ermanno in Vinci’s Gismondo, Re di Polonia (Theater an der Wien), Silvio in Händel’s Il Pastor Fido (Halle Händelfestspiele), Ottone in Monteverdi's L'incoronazione di Poppea (Florentine Opera), Tullio in Händel’s Alessandro (Markgräfliches Opernhaus Bayreuth), Siroe in Hasse's Siroe, Re di Persia (Oldenburgisches Staatstheater and the Nederlandse Reisopera), Pompeo in Vivaldi's Il Farnace (Spoleto Festival USA), The Refugee in Dove's Flight (Opera Omaha / Oldenburg), Oronte in Riccardo Primo (Händelfestspiele Badisches Staatstheater), Polinesso in Ariodante (Theater Münster), Hassan in Cities of Salt (Royal Opera House Covent Garden), and the Spirit in Dido and Aeneas and To be or not to be (with le Poème Harmonique: at L’Opéra de Rouen, de Vichy, Royal de Versailles, and la Philharmonie de Paris). He has performed in concerts at the Bozar in Brussels, several times in Carnegie Hall, and at the David Geffin Hall, Lincoln Center in New York City. He is represented by Parnassus Arts Productions and Management in Europe and Sarah Stephens Arts Management in the USA. For more about Nicholas Tamagna, including a list of his recordings, visit nicholastamagna.com.

Inessa Zaretsky is on the Piano faculty of Mannes College, The New School University. She is the Director of the Swannanoa Chamber Music Festival in Asheville, North Carolina and is the Artistic Co-Director of the Phoenix Chamber Music Series in New York City. For the past 8 years, she’s been a resident pianist with the Craftsbury Chamber Players in Vermont.

Ms. Zaretsky is an award-winning pianist and composer whose performances have taken her around the world, while her music has been performed in England, Norway, Canada, Australia, Italy, Russia, and throughout the United States. She studied piano with Richard Goode and composition with Robert Cuckson at the Mannes College of Music in New York, and has collaborated with many notable musicians, such as the Miro, Enso, Jasper and Cassat String Quartets, Kent/Blossom Festival Orchestra, Chamber Music Series of the St. Luke’s Orchestra, musicians of the Boston, Chicago and Orpheus Orchestras, members of the Metropolitan Opera, and many others.

RxArt is a nonprofit organization whose mission is to help children heal through the extraordinary power of visual art. They commission exceptional contemporary artists to transform sterile healthcare facilities into engaging and inspiring environments full of beauty, humor, and comfort. In the past 16 years, RxArt has completed over 40 projects with more than 50 artists in hospitals throughout 17 cities in the U.S. RxArt produces every project at no cost to the hospitals. Every artist is provided with an honorarium and the chance to transform the lives of children as they heal. In order to help advance RxArt’s worthy cause, Nancy Olnick and Giorgio Spanu have elected RxArt to be the recipient of all donations made to Magazzino Italian Art. Every dollar donated by our guests to RxArt will be matched by Nancy and Giorgio. 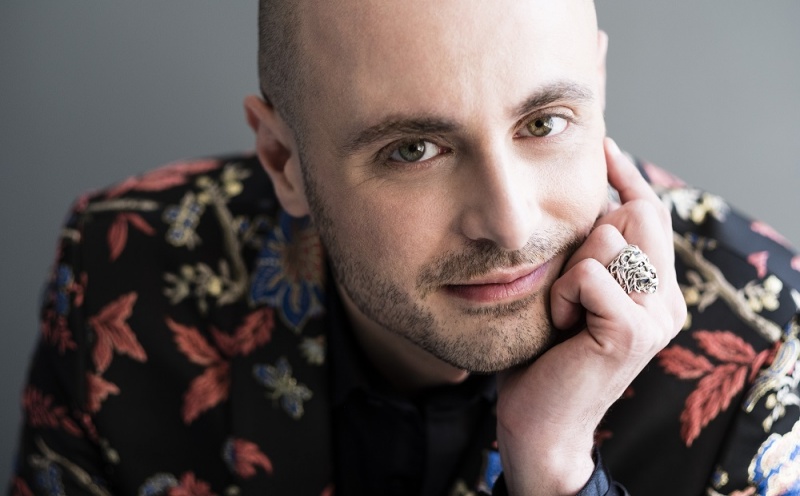