Andrew Sendor will create new paintings shown in conjunction with his film FENOMENO, opening November 7 at the Broad MSU

The Broad MSU is proud to present a major solo museum exhibition by Andrew Sendor, Paintings, Drawings, and a Film. Sendor’s work is characterized by a meticulous draughtsmanship that serves to illuminate his ongoing engagement with the interrelation of photorealism and the evolution of the moving image. The artist’s film work further extends the intricate web of psychologically charged narratives, persona and anachronistic space developed in his drawings and paintings. For his exhibition at the Broad MSU, Sendor will debut new paintings and drawings alongside a selection of works extending from "Delicates," the artist's recent solo exhibition at Sperone Westwater in New York, including FENOMENO, the artist's first film.

The paintings, drawings and film introduce the viewer to a cast of recurring, eccentric characters. Rather than representing archetypes, Sendor's cosmology is populated by characters with complex backstories, including the mercurial dendrochronologist Boris Flumzy, his spiritual advisor Miss Ecstasy (alias Seda Mercedes), and Fenomeno, a cross-dressing strongman and prolific violinist who is prone to emotional rapture. The exhibition also features a series of new works depicting scenes from a fictive documentary following Plumita Lunes Nuñes, an orphan undertaking an ancient Christian pilgrimage in an existential pursuit to find her long-lost parents.

Sendor's paintings - executed in a reduced black, white and gray palette - serve as artifacts of arrested movement that evoke mysticism, the occult and the absurd. While Sendor has an educated consciousness of the history of painting, particularly studying artists such as Caravaggio, Vermeer and Goya, he strategically employs pictorial devices influenced by the circumstances of image consumption of today, deviating from traditional painting vernacular.

“The Broad MSU is honored to host this extraordinary exhibition,” said Caitlín Doherty, Curator and Deputy Director of Curatorial Affairs. “Andrew has an extraordinary ability to craft a complex narrative, using a variety of media and recurring characters, that is both theatrical and captivating. We are so pleased the Broad MSU will take part in the continuation of this chronicle.”

FENOMENO is a 13-minute film documenting an exchange of altruistic rituals between Boris Flumzy and Fenomeno. Sendor utilizes cutaway shots that operate as portals into the psyches of the characters, addressing their fears, anxieties, memories, and dreams. The film culminates in a spiritual cleansing ceremony in which Flumzy and his colleagues burn the titular protagonist in effigy inside a river canyon while Fenomeno purges painful fragments of his id in traumatic flashback scenes. FENOMENO sets Sendor’s elusive cast in motion, broadening the fantasy that threads through this expanding body of work.

The Broad MSU will be providing copies for purchase of Andrew Sendor, the exhibition catalog from Delicates shown at Sperone Westwater in 2015, with an accompanying essay written by the late Broad MSU FoundingDirector, Michael Rush. 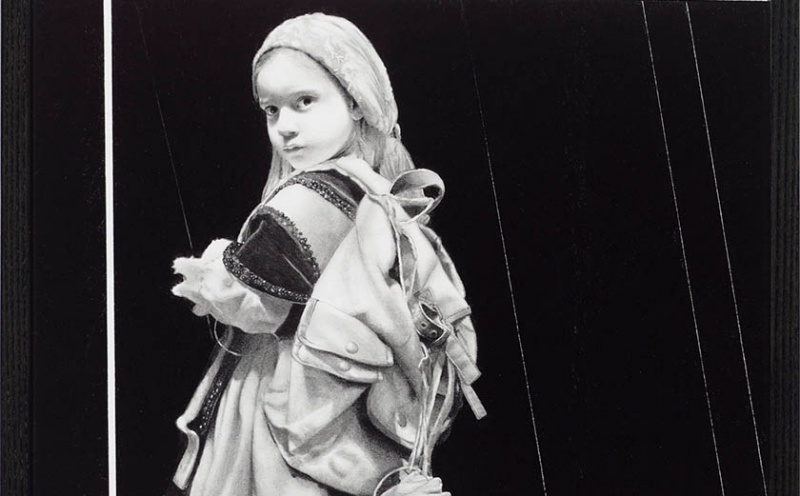