The High Museum of Art today announced the appointment of Monica Obniski as its curator of decorative arts and design. Obniski currently serves as the Demmer curator of 20th- and 21st-century design at the Milwaukee Art Museum. She will join the High on March 16, 2020.

Obniski will oversee the decorative arts and design department, including related exhibitions and programs, as well as its collection of more than 2,300 objects dating from the 17th century to the present. These holdings include significant international contemporary design with works by Joris Laarman Lab, Jaime Hayon, Ron Arad and nendo, as well as the renowned Virginia Carroll Crawford Collection – the most comprehensive survey of 19th- and early 20th-century American decorative arts in the southeastern United States. Other significant works are represented in the Frances and Emory Cocke Collection of English ceramics, the Marjorie Eichenlaub West Collection of Meissen ceramics and the Museum’s extensive holdings of historical decorative arts from the southeastern United States. Obniski also will lead the High’s Piazza activations, a multiyear initiative that launched in 2014 to animate the Museum’s outdoor space with site-specific commissions that engage visitors of all ages in participatory art experiences.

“Monica is a forward-thinking curator with a proven track record of achievement organizing compelling exhibitions, creating new scholarship and building strong collections,” said Rand Suffolk, Nancy and Holcombe T. Green, Jr., director of the High. “These accomplishments, combined with her commitment to expanding the field and engaging diverse audiences, make her perfectly positioned to lead the continued growth of our decorative arts and design department.”

Added Kevin Tucker, the High’s chief curator, “We look forward to Monica joining the High’s team, knowing her efforts will enrich a program of true international significance and resonance with our region and communities. Considering the varied strengths of the Museum’s curatorial program, her collaborative nature, diverse expertise and interest in forging connections—including that between historical and contemporary design—makes her an exemplary choice for the position.”

Obniski joined the Milwaukee Art Museum in 2015, where she oversees an expanding collection of historical and contemporary design and manages an active exhibition program, including “Scandinavian Design and the United States, 1890–1980,” organized with the Los Angeles County Museum of Art (LACMA), which begins its international tour this year. Other notable exhibition projects include “Serious Play: Design in Midcentury America” (2018) with the Denver Art Museum and “Jaime Hayon: Technicolor” (2017-18), which originated at the High. She reinstalled the Milwaukee Art Museum’s modern and contemporary design galleries for its November 2015 reopening, with a presentation geared toward audience engagement through traditional methods and new technologies. She also stewarded important acquisitions to build the Milwaukee Art Museum’s collection.

“I am excited to contribute to the High’s mission centered on diversity, inclusion and accessibility as well as build on the museum’s noteworthy decorative arts and design collection,” noted Obniski. “As a curator and historian who is committed to the discursive power of design, I look forward to connecting with Atlanta’s architecture and design communities and to convening conversations around meaningful topics.”

Beginning her career in the American wing at the Metropolitan Museum of Art, Obniski then served in the American art department at the Art Institute of Chicago from 2007 to 2014, including four years as assistant curator of American decorative arts. There she collaborated on special exhibitions including “Art and Appetite” (2013) and “Apostles of Beauty” (2009), completed several gallery installations and continued to build the collection.

As a design historian, Obniski has edited and contributed to many publications, including the catalogues for “Scandinavian Design and the United States,” “Currents 38: Christy Matson” and “Serious Play: Design in Midcentury America” (Milwaukee Art Museum). She lectures widely, has taught art and design history, and has received grants from the Terra Foundation for American Art and the Center for Craft, among other institutions.

Obniski earned a doctorate in art history, with specialization in architecture and design, from the University of Illinois at Chicago; a Master of Arts in history of decorative arts and design from the Bard Graduate Center; and a Bachelor of Arts from Loyola University Chicago. 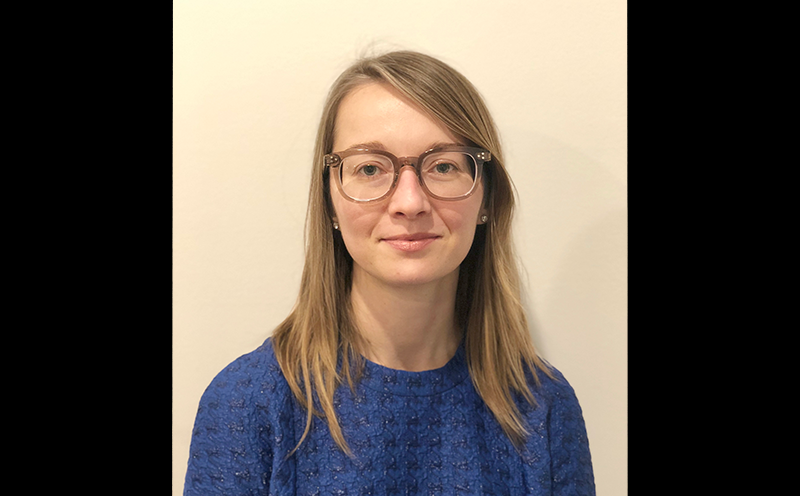