Coinciding with celebrations honoring the 50th anniversary of the 1967 World Exposition in Montreal (EXP0 ’67), the 150th anniversary of Canada, and the 375th anniversary of Montreal, Habitat ‘67 vers l’avenir/ The Shape of Things to Come will showcase the genesis of the seminal project, and its development, evolution, and influence on international contemporary architecture

This summer, the Université du Québec à Montréal (UQAM) Centre de Design will host a special exhibition examining architect Moshe Safdie’s pioneering urban housing complex Habitat ’67, its manifestation over the course of Safdie’s global career, and its lasting influence on the architectural field at large. A Canadian National Heritage Site and living landmark, Habitat ’67 evolved from Safdie’s thesis project at McGill University and was commissioned by the Canadian government, the province of Quebec, and the city of Montreal as a major, living exhibition for the 1967 World’s Exposition. From the moment it opened, Habitat ’67 captured the international public imagination and has become an enduring icon of Expo ’67 and Canadian pride. It remains to this day a source of inspiration for architecture devoted to humanistic ideals.

On view from June 1 through August 13, 2017, Habitat ‘67 vers l’avenir/ The Shape of Things to Come traces the trajectory of Safdie’s work from its origins to the present, demonstrating how Safdie has consistently applied the design principles and ideologies he introduced as part of Habitat ’67 to every project since that time. As part of the opening of the exhibition, the University will host a free Moshe Safdie lecture May 31th, 2017, 5:30 pm, at the Salle Pierre-Mercure of Centre Pierre-Péladeau (300, de Maisonneuve E., Montreal) (Mandatory registration). The conference will be followed by the exhibition opening (by invitation only) at 7 pm, at the Centre de design de l'UQAM (1440, Sanguinet Street).

Jointly organized by Safdie Architects and UQAM’s Centre de Design with curatorial direction from independent curator Donald Albrecht, the exhibition opens with archival images and objects from the project’s origins with conceptual drawings, models, bringing them together with plans for unbuilt iterations of Habitat that Safdie designed soon after for New York, Puerto Rico, and Israel.

“Moshe Safdie’s career has traced a remarkable trajectory in the canon of modern architecture,” says guest curator Donald Albrecht, “from his famous Habitat ’67 to projects he designed in its immediate wake, which this exhibition sheds new light on, to twenty-first-century reimaginings of Habitat ’67 that address Safdie’s career-long commitment to a dense, yet humane, urbanism.”

The exhibition continues with the presentation of “Habitat for the Future,” a series of models and renderings developed by a team of architects involved in a two-year research fellowship working with Moshe Safdie and principals from Safdie Architects revisiting and reimagining how one might approach building Habitat in current times. Many of the prototypes that emerged from the fellowship have catalyzed creative solutions to today’s increasingly complex building challenges, and are materializing through Safdie’s current global housing and mixed-use projects.

The exhibition culminates with models and photographs from several recent projects around the world, many of which will make their public debut at UQAM Centre de Design. Admission to the exhibition will be free, with visiting hours Wednesday through Sunday, between noon and 6pm.

“Habitat 67 is more than just Montreal’s favorite building – it’s one of the most important architectural constructions of our time. Its great promise, to industrialize and democratize modern, high density, humanist housing throughout the world stands as one of the most ambitious endeavors of the previous century” adds Patrick Evans, UQAM Centre de design director.

"Architecture is a major element in the history of the world’s great cities. Habitat 67 marked its era and remains a source of pride for our great city. The Society for Montréal’s 375th is proud to contribute to the celebration of the fiftieth anniversary of this innovative project" declare Alain Gignac, Society for the Celebration of Montréal’s 375th Anniversary General Manager.

“If Montréal is now designated a UNESCO City of Design, it is because of its innovative, functional, sustainable buildings, such as Habitat 67, its concentration of design talent, and its desire to make creative design central to its development. A vital, inventive international cultural metropolis, Montréal is more inviting and inspiring than ever on this 375th anniversary,” said Denis Coderre, Mayor of Montréal.

"With a concept that was daring for its time, Habitat 67 is a symbol of Montréal's spirit of innovation. The Government of Québec is pleased to support this exhibition on an architectural project that continues to contribute to our city's international reputation," said Martin Coiteux, Minister of Municipal Affairs and Land Occupancy, Minister of Public Security, and Minister Responsible for the Montréal Region.

Support for the exhibition was provided by 375 Montreal. http://www.375mtl.com/

Donald Albrecht is the curator of architecture and design at the Museum of the City of New York and an independent curator. He organized the recent traveling exhibition Global Citizen: The Architecture of Moshe Safdie.

The UQAM Centre de Design is one of the few galleries in Canada whose exhibitions explore historical and current trends in graphic, industrial and urban design, architecture and fashion. Devoted to the dissemination and promotion of design, it has contributed for over 35 years to the development of a design culture among academic communities, various professional circles and the general public. The Centre focuses on the creation of original exhibitions that travel well, dedicated mainly to the recognition of Quebec design. It also hosts Canadian and foreign exhibitions that foster an exchange of information as well as confrontation and dialogue with other cultures and other ways of thinking about and producing design. www.centrededesign.com

Moshe Safdie is an architect, urban planner, educator, theorist, and author. In keeping with a philosophical approach he has applied globally across an array of project types for more than five decades, the design of each of Safdie’s projects is responsive to local historic, cultural, and environmental contexts. In recognition of his work’s impact and his lasting influence on generations of younger architects, Safdie was awarded the Lifetime Achievement Award by the Cooper Hewitt’s 2016 National Design Awards, the 1995 Gold Medal from the Royal Institute of Canadian Architects, and the 2015 Gold Medal from the American Institute of Architects, the organization’s highest honor.

Moshe Safdie founded his firm, Safdie Architects, in 1964 to realize Habitat ‘67, the pioneering housing complex commissioned by the Canadian government, Quebec, and Montreal as the pavilion for the 1967 World’s Exposition. Since then, the firm has been responsible for designing and realizing a wide range of projects worldwide, including cultural, civic, and educational institutions; mixed-use urban centers and airports; and masterplans for existing neighborhoods and entirely new cities. Habitat represented a turning point in housing design, modern architecture, and urban planning, and today it enjoys status as a Canadian National Heritage Site and living landmark. Safdie Architects’ present work continues to carry through the firm’s founding values—architecture with a purpose, humanizing megascale, responding to the essence of place, building responsibly, and shaping the public realm. The firm is based in Boston with offices in Toronto, Jerusalem, Singapore, and Shanghai. For more information, visit msafdie.com.

About the Society for the Celebration of Montréal’s 375th Anniversary

The Society for the Celebration of Montréal’s 375th Anniversary is a non-profit organization whose mission is to organize the celebrations and socioeconomic contributions that will mark Montréal’s 375th anniversary in 2017. With a focus on promoting Montréal expertise, it acts as a catalyst for local forces in carrying out its mandate: to mobilize the community, implement a funding strategy, rigorously manage public funds, develop quality programming and ensure the visibility of the celebrations. The Society benefits from the support of the Ville de Montréal, the Québec government, the Canada government and private funding from 12 Great Montrealers. For more information, see http://www.375mtl.com

You can find all our press releases and additional pictures and videos in our virtual press room.

Get all the latest news in real time on our Twitter feed: @375Mtl.

To learn more about the contribution of the Québec government to Montréal’s 375th Anniversary celebrations, click here. 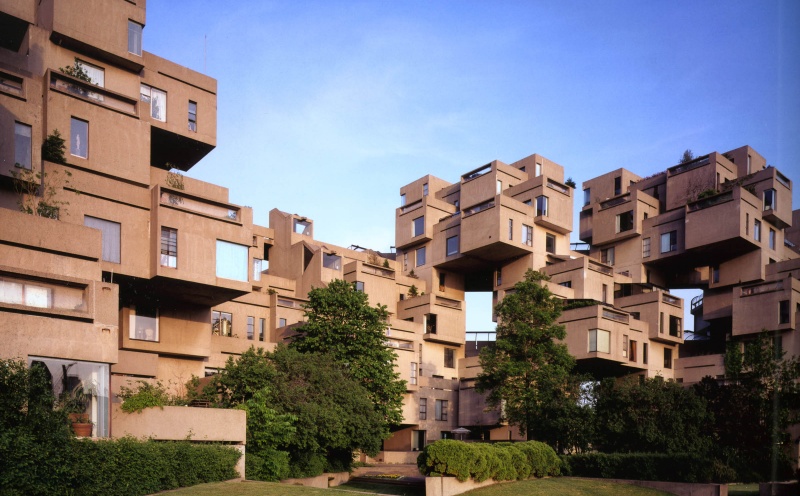