Summer Show to Shed Light on Inner Workings of Museum

This summer, The Nelson-Atkins Museum of Art will present Unexpected Encounters (June 2 – August 12, 2018), an interactive exhibition showcasing the museum’s significant gifts over the past decade. The exhibition will provide rare insight into the museum’s inner workings and will offer new ways to engage with the collection. Featuring 250 works spanning the 16th to the 21st centuries, five continents and a broad range of disciplines—including painting, photography, ceramics, sculpture, furniture, and jewelry—Unexpected Encounters will challenge audiences to seek connections between a multitude of disciplines and consider new ways of thinking about art. The exhibition also will highlight some of the museum’s newer collecting initiatives of acquiring more works by women and artists of color.

“This exhibition will be a catalyst for conversations and a springboard for ideas,” said Julián Zugazagoitia, Menefee D. and Mary Louise Blackwell CEO & Director of the Nelson-Atkins. “With Unexpected Encounters we want to inspire questions—not necessarily answer them—and to empower audiences to think like curators, considering the endless opportunities for interpretation.”

A product of intense collaboration between curators from every department, the exhibition aims to present dynamic and surprising juxtapositions that break the boundaries of traditional museum displays and reflect the Nelson-Atkins’ interdisciplinary approach to the display of art. Intriguing pairings will encourage visitors to consider commonalities between seemingly disparate works, such as Giovanni de Vecchi’s 16th-century drawing of a corpse alongside contemporary artist Olafur Eliasson’s conceptual sculpture of negative space formed by glacial ice melted within a concrete block, The Presence of Absence (Nuuo Kangerlua, 24 September 2015 #3).

“Part of the curatorial process – from designing exhibitions to writing the labels that accompany art—is deciding how to present art and which stories to tell about the work,” said Catherine L. Futter, the Nelson-Atkins Director of Curatorial Affairs. “Unexpected Encounters will offer behind-the-scenes insight into this process and will bring the museum’s work to life in an experimental and fun way.”

Interactive opportunities throughout the exhibition will allow visitors to understand a curators’ perspective when choosing works to acquire or mounting an exhibition. They will be able to reimagine virtual gallery spaces based on their own interpretations of aesthetic, temporal, geographic, or thematic relationships, as well as indicate which factors –rarity, historical relevance, or outstanding craftsmanship – affect the decisions to acquire art.

More than 300 works of art throughout the museum that were acquired through the generosity of donors will be identified with a special gift icon on each object label. These include monumental works such as The Gates of Paradise, a promised gift from Paul DeBruce and Linda Woodsmall-DeBruce, Saint Adrian by Kehinde Wiley, a promised gift from John and Sharon Hoffman, and Still Life of Exotic Flowers on a Marble Ledge by 17th-century Dutch artist Rachel Ruysch, a gift from James and Virginia Moffett. This late 17th-century masterpiece featuring a host of exotic blooms has hung on loan in the European galleries since 1998, visited by the Moffetts every Sunday afternoon without fail. In 2017, they felt the time was right to officially donate this masterpiece to the Nelson-Atkins. Widely considered one of the most prolific still-life painters of all time, Ruysch’s technical virtuosity helped earn her the distinction of being the first woman admitted to the male-dominated guild at The Hague in 1701.

The exhibition will also celebrate the Nelson-Atkins longstanding support from Kansas City donors, including Barbara and Peter Gattermeier, Bill and Christena Gautreaux, and Mike and Linda Lyon, whose generous contributions have made the growth of the museum’s collection possible, as well as collectors from beyond Kansas City who have donated works to the museum. 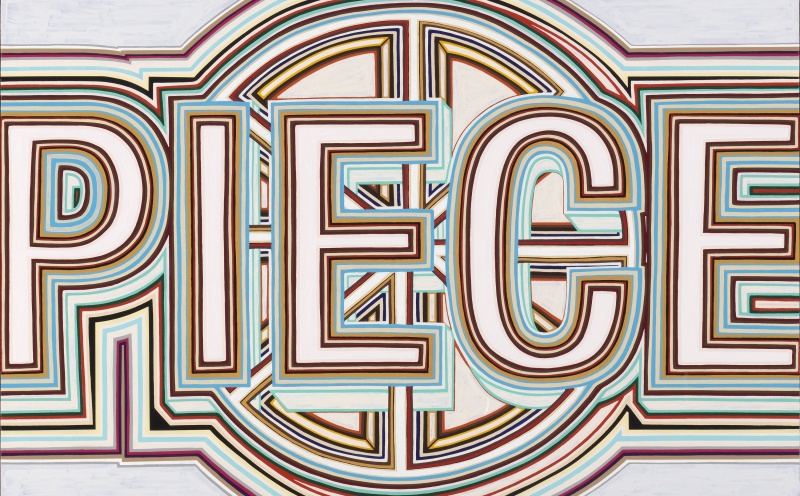